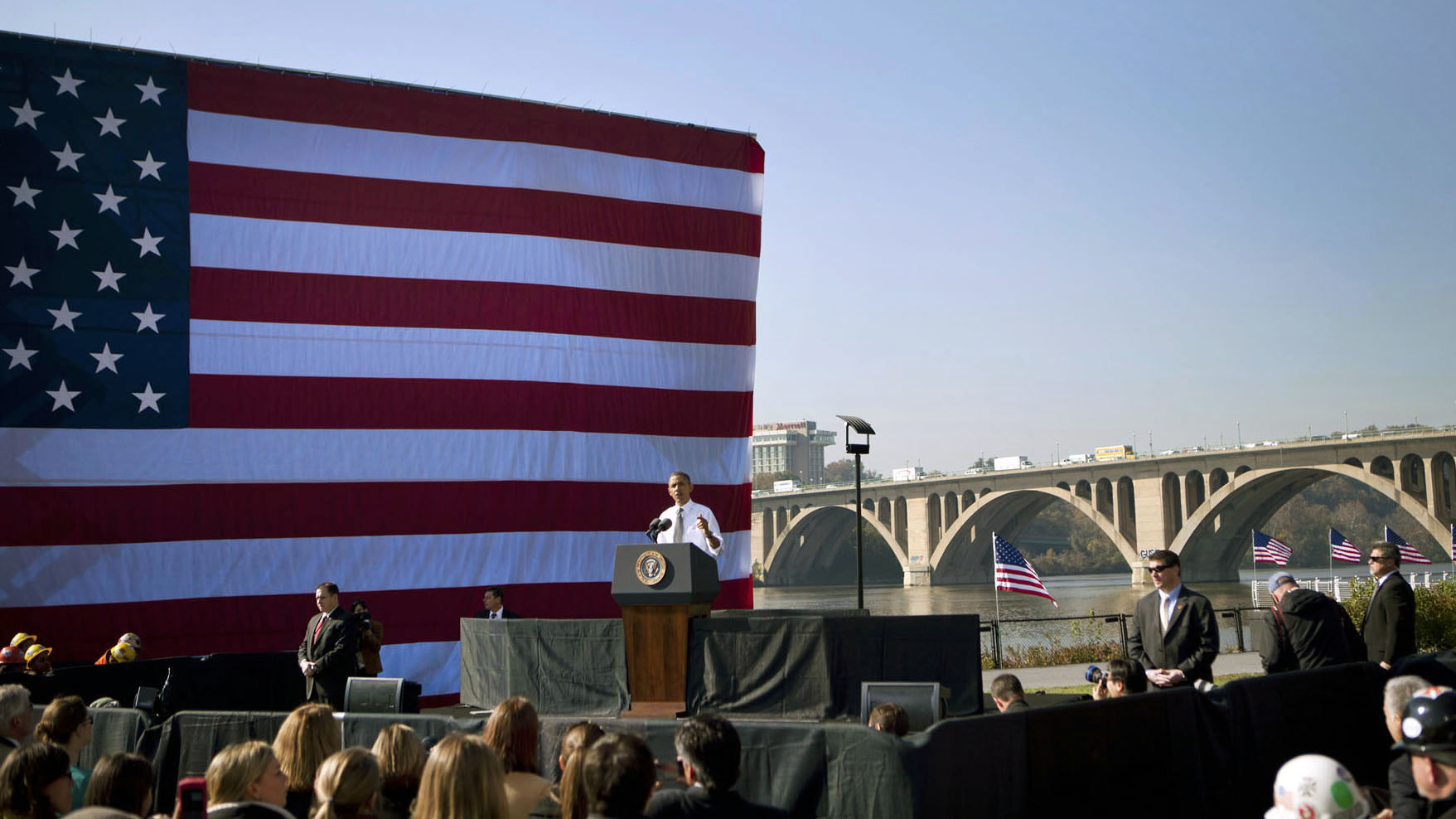 Ed. Note: Cross-posted with the Department of Transportation blog, Fastlane.

It was an honor to stand with President Obama earlier today by the Francis Scott Key Bridge between Washington, DC, and Virginia.  There, the President urged Congress to pass the infrastructure provisions in the American Jobs Act.

I've been pretty vocal about how important it is to put these transportation investments into action and get hundreds of thousands of construction workers back on the job rebuilding our roads, bridges, airports, and transit systems. So it was my pleasure, today, to hear the President make the case for what has been historically the kind of bill that gets bipartisan support.

I hope the United States Senate heard his call and will pass the transportation provisions of the American Jobs Act this week.

It was entirely fitting that the President made his case at the Key Bridge because this important crossing, which carries 62,000 vehicles each day, is one of America's more than 70,000 bridges in need of repair.  Like many of the other bridges on the Federal Highway Administration's list of structures that need to be monitored, inspected, and repaired, thousands of people rely on this bridge to get to work and school and to deliver goods every day.  And, like many of the other bridges, the Key Bridge is years away from getting the rehabilitation it requires.

However, if Congress passes the transportation pieces of the American Jobs Act, state departments of transportation across the country can finally begin long-deferred repairs on many of these aging bridges and put construction workers back on the job.

America's economy relies on transportation infrastructure; without a well-functioning system of roads and highways, public transit, railways, seaports, and aviation, much of our economic activity would simply grind to a halt.  But, to meet the needs of a growing economy, we must maintain, upgrade, and expand that infrastructure.

That's not a Democratic idea or a Republican idea--it's a common-sense idea: Investments that create, maintain, or expand transportation networks create construction jobs even as they promote economic activity.

To demonstrate this, the White House released a report (pdf) today that highlights the economic value of improving the nation's transportation system.  The report documents the terrific benefits of projects in 20 different states and the District of Columbia.

The Administration has also asked DOT to step up our awarding of TIGER grants by several months, so we can get workers back to their jobsites more quickly.  And, we're shortening the 2012 TIFIA application process to accelerate private financing for bridges, tunnels, transit, and other projects.

President Obama and the Department of Transportation are doing what we can to connect the men and women who need work with the work America needs to get done.   But we can't do it alone.  We need Congress to pass this bill.