Today’s employment report provides further evidence that the economy is continuing to recover from the worst economic downturn since the Great Depression, but the pace of improvement is not fast enough.

Private sector payrolls increased by 104,000, and overall payroll employment rose by 80,000 in October. The unemployment rate edged down 0.1 percentage point to 9.0 percent, a level that remains unacceptably high. Despite adverse shocks that have created headwinds for economic growth, the economy has added private sector jobs for 20 straight months, for a total of 2.8 million jobs over that period. We need faster economic growth to put more Americans back to work. Today’s report provides further evidence for why it is so important that Congress pass the President’s American Jobs Act to put more money in the paychecks of working and middle class families; to make it easier for small businesses to hire workers; to keep teachers in the classroom; to put construction crews to work rebuilding our nation’s infrastructure; and other measures that will help the economy grow while not adding to the deficit over ten years. The report underscores that one area that remains notably weak is the construction sector. That’s why it is disappointing that the Senate was not able to proceed to the infrastructure part of the American Jobs Act.

The monthly employment and unemployment numbers are volatile and employment estimates are subject to substantial revision. There is no better example than August’s jobs figure, which was initially reported at zero and in the latest revision increased to 104,000. This illustrates why the Administration always stresses it is important not to read too much into any one monthly report. 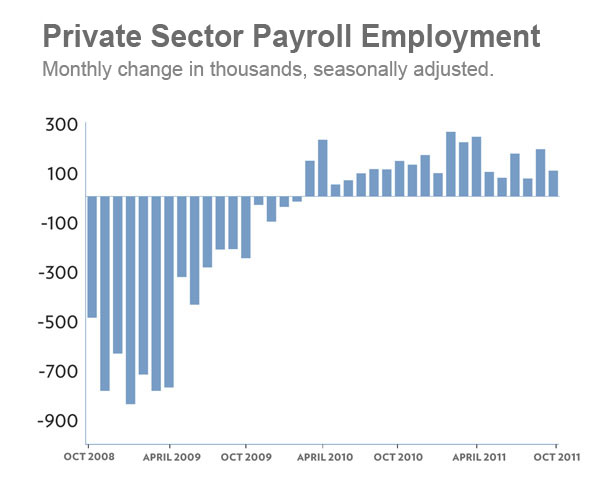 Alan Krueger is Chairman of the Council of Economic Advisers.