Georgia On My Mind

November 4, 2011 at 5:24 PM ET by Kathleen Merrigan
Twitter Facebook Email
Summary:
Agriculture Deputy Secretary Kathleen Merrigan attends a roundtable with local farmers, ranchers, and area business leaders at the Athens Technical College in Athens, Ga. This trip was an opportunity for Merrigan to have a face to face discussion on the Obama administration's strategy to strengthen the U.S. economy and to highlight the importance of passing the American Jobs Act and what that will mean on the ground in Georgia.

Last fall, the President asked that senior Obama administration officials travel the country to hold a series of roundtables on behalf of the White House Rural Council.  On November 2nd, I joined a roundtable with local farmers, ranchers, and area business leaders at the Athens Technical College in Athens, Ga. If you aren’t familiar with Athens, Ga. the locals are glad to inform you that it is a hotbed of rock n roll and the launching grounds for acts such as the B52s, R.E.M., and Widespread Panic. 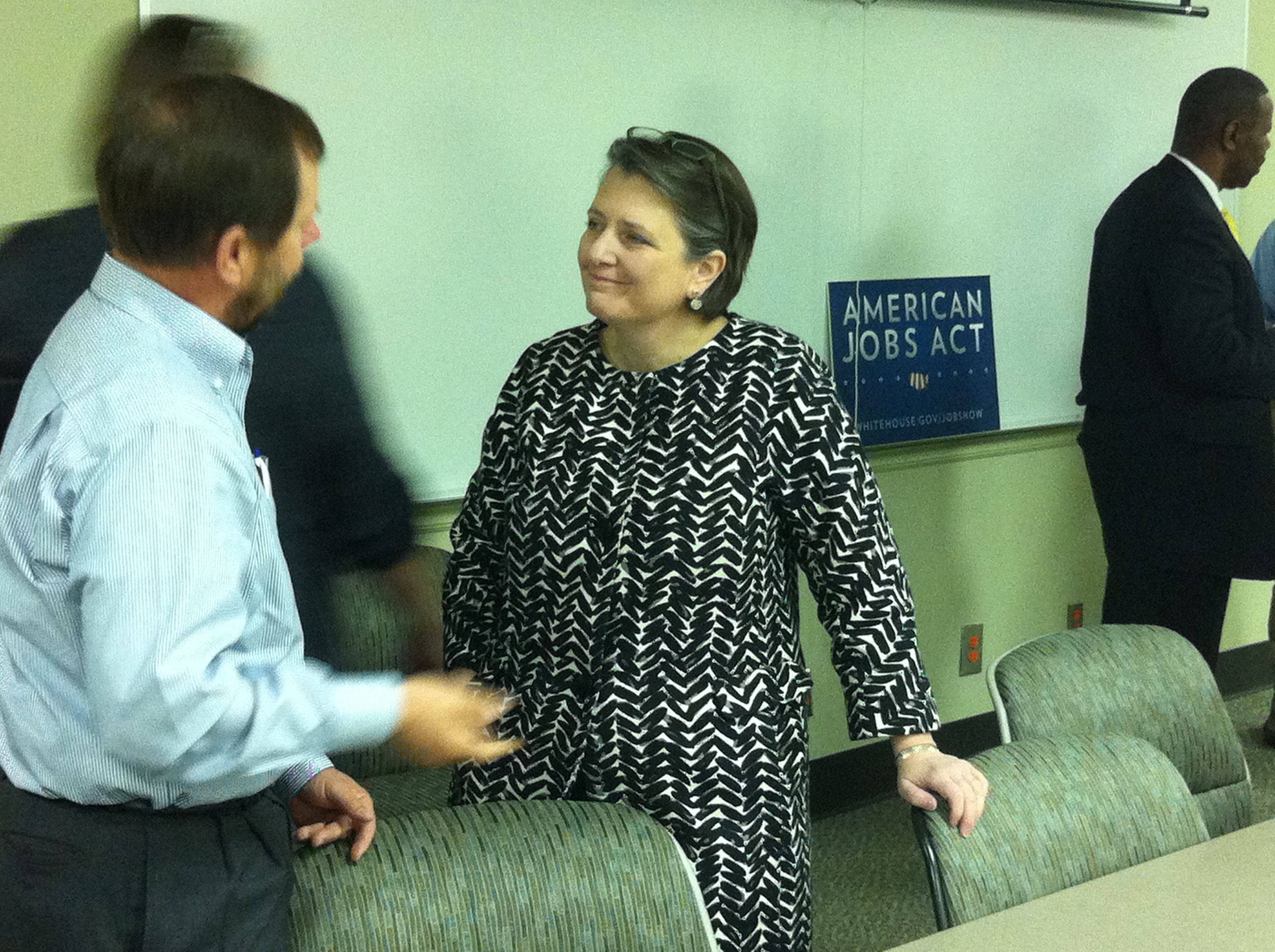 But for me, this trip was an opportunity to get beyond the beltway and have a face to face discussion on the Obama administration's strategy to strengthen the U.S. economy and to highlight the importance of passing the American Jobs Act and what that will mean on the ground in Georgia.

The Georgians around the room echoed two themes during our discussion.

First, they were quick to point out that American agriculture was the best in the world – well, they may have actually said Georgia agriculture – but as Agriculture Deputy Secretary I can state for a fact that we do have the best agriculture sector in the world. Our farmers and ranchers are the most productive and creative in the world when it comes to providing us with food and fiber.  All of us can fill our grocery carts with American home-grown food.  Heeding the President’s call to out-build the rest of the world, participants described a yearning to buy Made-in-America non-food goods and described the need to strengthen our manufacturing base so that it harnesses that same productivity and ingenuity that is at the core of American agriculture.

Second, the voices around the table emphasized that if we are going to rebuild the economy the American way, then we need to do it based on balance and fairness.  They recognized their role in making tough choices and sacrificing during tough budget times, but they asked that this burden not be theirs alone. They went on to say that cuts should be balanced with new revenue from those wealthy Americans that can and should be paying their fair share.

I will take this message based on the values of shared responsibility and shared sacrifice back to Washington. Ultimately, we must build an economy that makes, creates, and innovates products that the rest of the world needs and wants. In order to do that we must come together and find solutions that work for everyone and act on them. President Obama’s plan does just that.

Kathleen Merrigan is the Deputy Secretary at the United States Department of Agriculture.