November 4, 2011 at 11:23 AM ET by Julie Chavez Rodriguez
Twitter Facebook Email
Summary:
Michael Camuñez, Assistant Secretary for ITA’s Market Access and Compliance, reflects on his meeting with Juan Carlos Baker, Director General of Mexico’s Secretariat of Economy, to talk about how to further strengthen the relationship between the United States and Mexico. 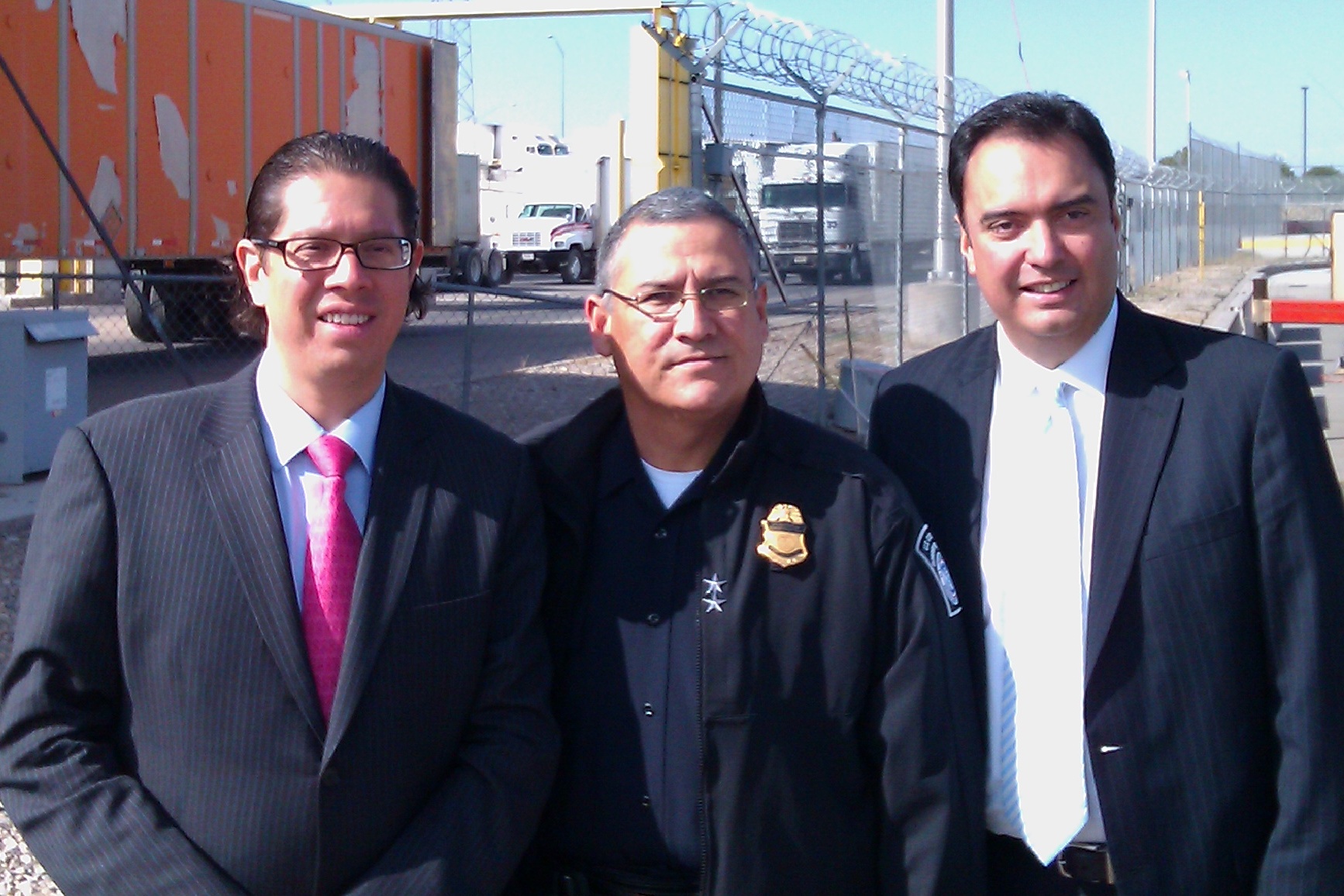 Our relationship with other countries plays a vital role in the progress of the American economy. Mexico, our neighbor to the south, continues to be a strong partner. Amidst the negative attention drawn to the US-Mexico border, there are also positive things to be focused on. Two-way trade between the United States and Mexico amounts to more than $1 billion a day- a majority of that happening right at the border.

In a blog post on Commerce.gov, Assistant Secretary for ITA’s Market Access and Compliance Michael Camuñez reflects on the economic relationship between the United States and Mexico.

Last year, trade between the United States and Mexico amounted to nearly $400 billion. With 85% of that trade crossing the border each day by truck, the U.S.-Mexico border region plays a vital role in the U.S. economy. And it is open for business.

This is the message I heard last Wednesday through Friday when I visited the El Paso, Texas/Ciudad Juarez, Mexico region.

As Americans, we hear a lot about our southern border, little of it positive. Drugs, violence, and illegal immigration are what we see on television and read in the newspaper. While such stories may be in the media’s economic interest, I want to share an entirely different story that is in every American’s economic interest.

Two-way trade between the United States and Mexico amounts to more than $1 billion a day. To put the scope and depth of our relationship in perspective, consider that last year U.S. exports to Mexico exceeded our exports to Brazil, Russia, India and China combined. Remarkably, even our imports from Mexico support U.S. jobs—64% of the content of the Mexican goods we import include U.S. inputs. The continued growth of this relationship is vital to the America’s economic recovery.

And that is exactly why I went to the border—to discuss how infrastructure investments and improvements in customs procedures can facilitate increased trade.

To emphasize the need for a shared approach, I asked Juan Carlos Baker, Director General of Mexico’s Secretariat of Economy, to join me. Together, we met with many of the principal exporters on both sides of the border—maquiladora executives representing the Mexican private sector and U.S. small and medium sized business owners who comprise the maquiladoras’ supply chain. We had excellent discussions with both groups and received useful feedback, which we will incorporate into our respective government’s efforts to grow trade along our southern border.

We also visited The Bridge of the Americas, one of the busiest ports of entry on the entire U.S.-Mexico border where we were briefed by senior U.S. Customs and Border Protection officials regarding the challenges of advancing our dual interests: security and commerce. We communicated industry concerns and gained useful information that will inform our efforts on behalf of our respective private sectors.

Along the way, we also discussed some of the untapped potential of the border region, particularly that in renewable energy. I spoke at the U.S.-Mexico Border Energy Forum Plenary Session, where I offered insight into Commerce’s efforts to develop this sector.

What is most important is that we not lose sight of the importance of the U.S.-Mexico border to the U.S. economy and to our global competitiveness. We share much more than a border with Mexico. Our societies and cultures are inextricably linked—I should know, my family came from Mexico generations ago and settled in the border region, right near El Paso. Those ties present an enormous opportunity from which we must not be distracted.

Julie Chavez Rodriguez is the Associate Director of the Office of Public Engagement.