Diwali at the White House 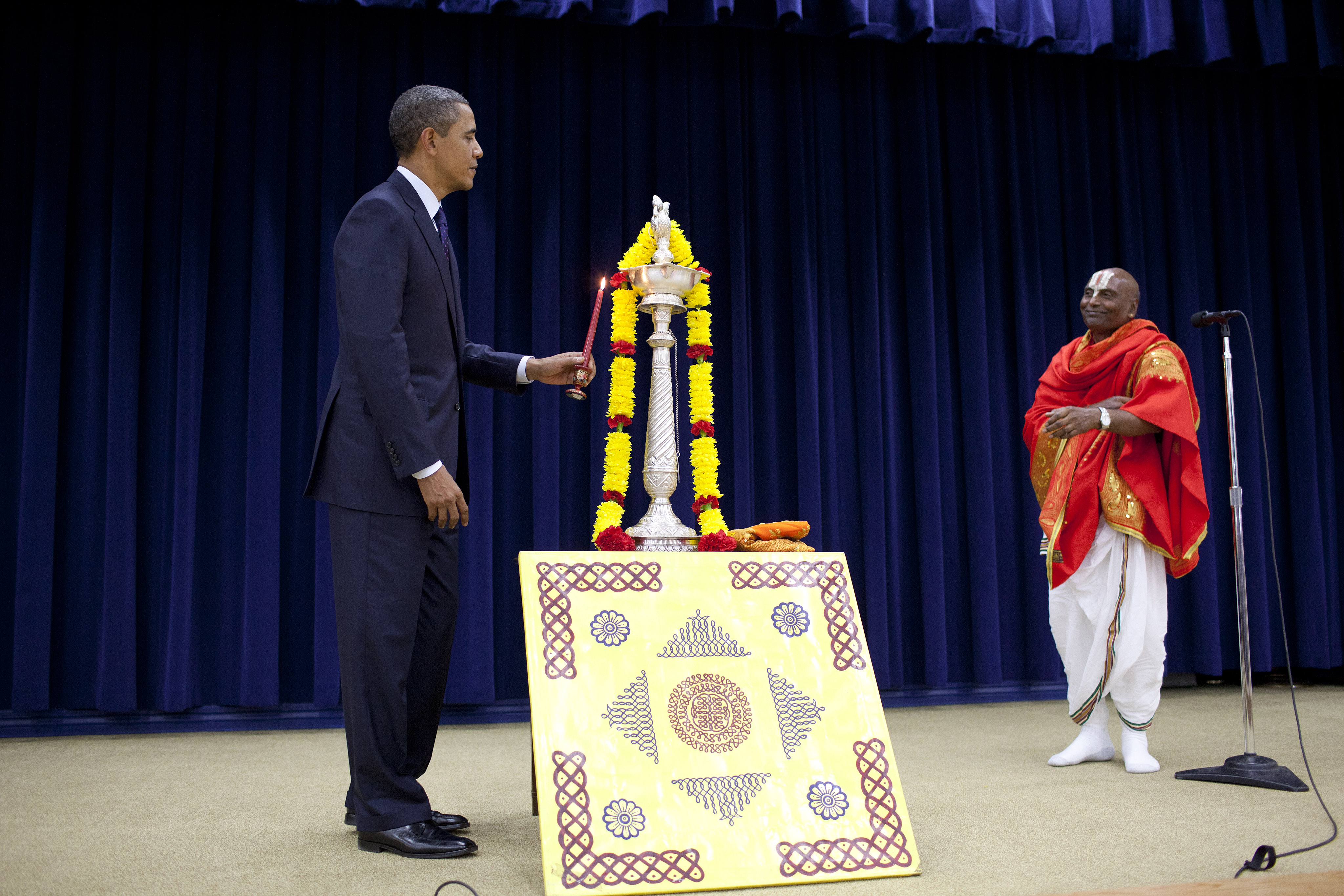 The White House Diwali Reception took place on October 28, 2011 and featured Senior White House staff members Jon Carson and Chris Lu, who spoke about the Obama Administration’s outreach and commitment to the AAPI community. They discussed steps taken by the White House Initiative on Asian Americans and Pacific Islanders, a vehicle through which the government is working to increase the AAPI community’s access to federal programs. Other speakers discussed efforts currently underway to address issues and concerns still faced by the community. Guests included the Indian Ambassador to the United States, Her Excellency Nirupama Rao, and USAID administrator Dr. Raj Shah, along with the new president of the Center for American Progress, Neera Tanden.

President Obama, who made a surprise appearance at the reception, lit the White House Diya while a Hindu priest chanted Slokas, or prayers. The President said, “I was proud to be the first President to mark Diwali and light the Diya at the White House, and last year Michelle and I were honored to join in Diwali celebrations during our visit to India.” President Obama encouraged seva, or service, noting that Diwali “is also a time for contemplation and prayer that serves as a reminder of our obligations to our fellow human beings, especially the less fortunate.”


Paul Monteiro is an Associate Director in the Office of Public Engagement.