Meeting with African American Leaders at the White House 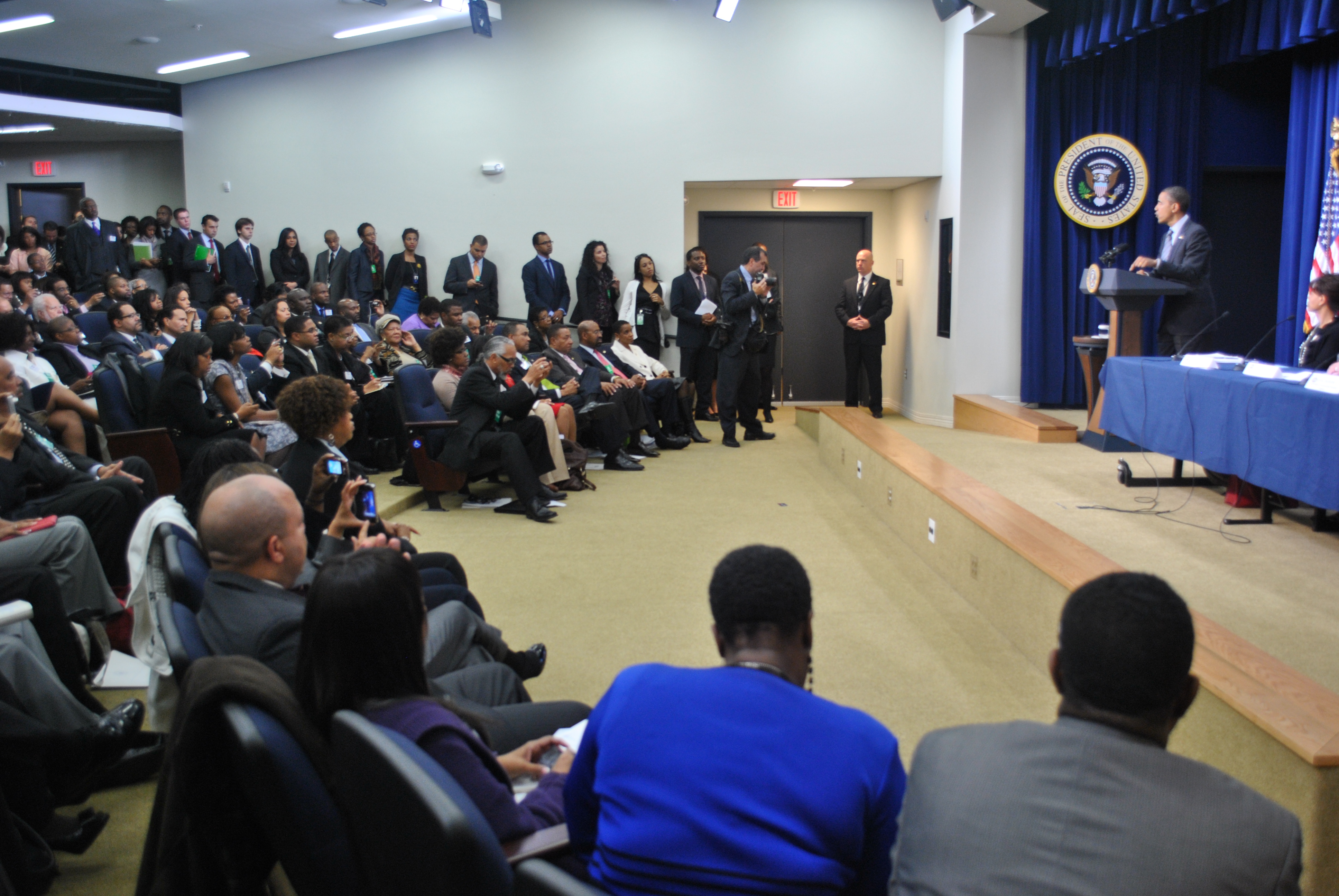 Yesterday, the White House welcomed leaders from throughout the African American community for our first-ever African American Policy Conference. Participants heard from President Obama, senior administration officials and cabinet secretaries on a wide range of issues, such as the economy, the environment, and healthcare reform.

To coincide with the conference, the White House released a report entitled, “The President’s Agenda and the African-American Community.” In the report, we describe the ways we’ve worked together to address the challenges many African American families face. Many of these challenges have existed for decades. The economic crisis, followed by the worst recession since the Great Depression, only made things worse.

Under the leadership of President Obama, a broad coalition came together, including members of the Congressional Black Caucus and many of the groups who were represented at the White House yesterday, and we have been able to improve the lives of millions of Americans. We have made healthcare more accessible and more affordable. We have made our schools better equipped to prepare our children for the 21st-century, and made college more affordable. We have made it easier for small and minority-owned businesses to compete for federal contracts. We have invested in cities, and attacked the cycle of poverty that traps too many African American young people.

As President Obama said, when he dropped by for a surprise visit in the afternoon, we continue to be driven by “the fierce urgency of now.” He thanked the participants in yesterday’s conference for their support of the American Jobs Act, the only jobs plan which independent economists have said would create nearly two million jobs immediately. And he reiterated that if Congress is unable or unwilling to do its job, the Obama Administration will find ways to act without them, because when it comes to getting our economy back on track, we can’t wait.

The President challenged those of us in the room to come up with even more ways we can immediately improve the economy, and the lives of those in our communities. Participants answered the call, by brainstorming new solutions that were reported out yesterday for evaluation by the Administration.

President Obama ended his remarks by reminding all of us that our country has been through tough times before. He told the conference, “If we are persistent, if we are unified, and we remain hopeful, then we’ll get through these tough times and better days lie ahead.”

There’s no question that we have a great deal of work ahead of us, but yesterday’s conference reinforced my belief that we will continue to work in partnership with leaders around our country, and that ultimately, we will overcome the challenges we face.

Valerie Jarrett is a Senior Advisor and Assistant to the President for Intergovernmental Affairs and Public Engagement.