Honoring Women Veterans: A Message from Under Secretary Alison Hickey

November 11, 2011 at 9:00 AM ET by Alison A. Hickey
Twitter Facebook Email
Summary:
Alison A. Hickey, Under Secretary for Benefits at the Department of Veterans Affairs, shares VA efforts on benefits for veterans and recognizes women who have served during this Veterans Day. 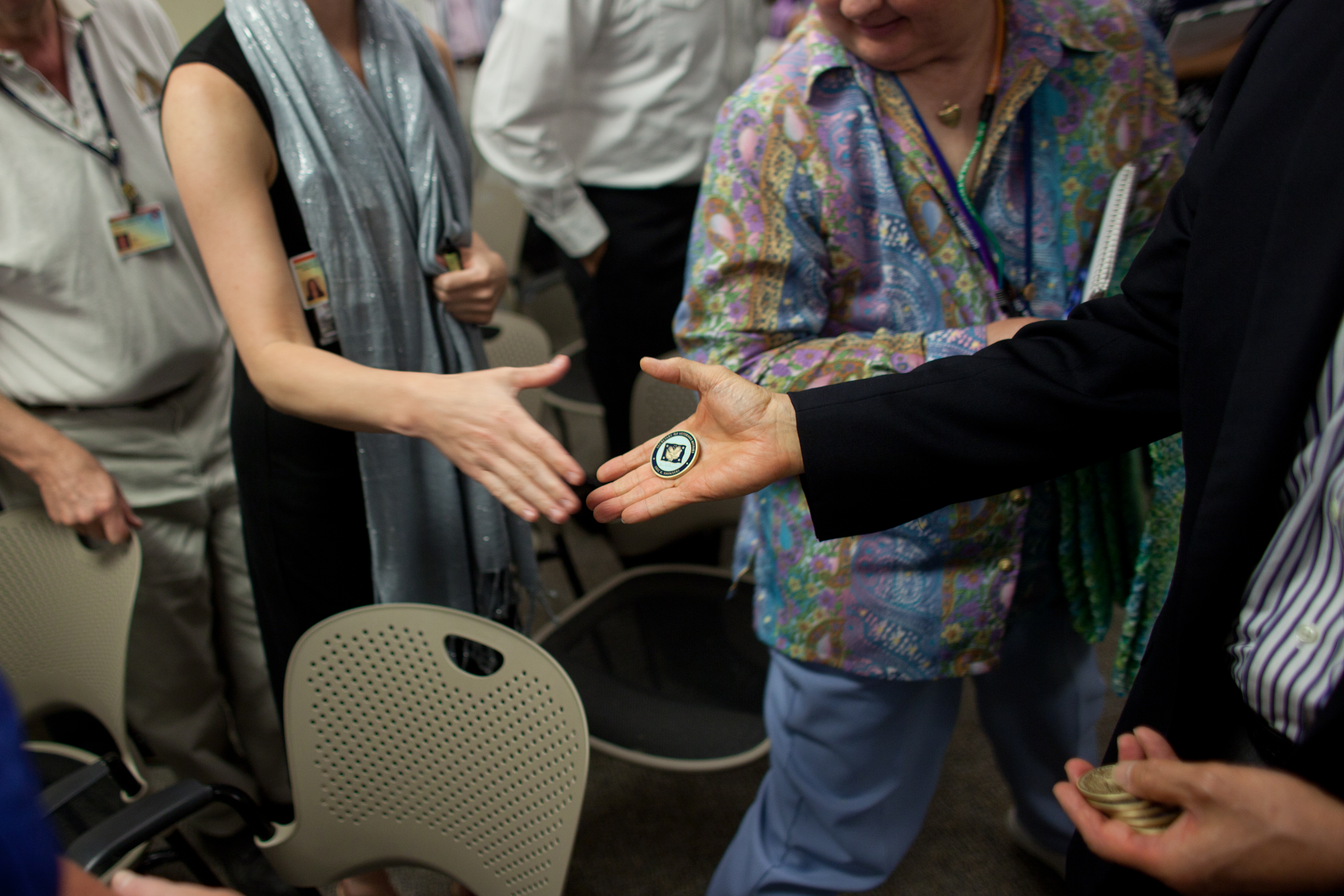 A woman whom I have always respected and admired is Eleanor Roosevelt. She was a leader amongst men. She was generations ahead of her time and she had an uncanny ability to move women to act.  In 1942, as this country was engrossed in a war like we had never seen, she said, “This is not a time when women should be patient. We are in a war and we need to fight it with all our ability and every weapon possible. Women pilots, in this case, are a weapon waiting to be used.”

Her words became a rally cry in my life when I joined the Air Force and entered the first class of women to enroll at the Air Force Academy. It was my rally cry then, it was my rally cry throughout my career, and it still motivates me today as I lead the Veterans Benefits Administration within the Department of Veterans Affairs. Eleanor’s words appealed to a young woman in 1976 about to embark on an adventure I could only imagine because they reminded me that women can make a difference in military service to this nation. I knew this because the women who had served in the military before me had made the difference – their service had made the difference to me: they broke barriers that allowed me to enroll in the Academy and eventually achieve the rank of brigadier general.

Today, women serve in the US military in unprecedented numbers – 12 percent of those who have served since September 11 are women. Women are the fastest growing population within the Departments of Defense and Veterans Affairs. Women have the honor of wearing the uniform – something that only 10 percent of the entire U.S. population can claim – because of the women who served before us and broke down barriers.

During the Revolutionary War, women had to disguise themselves as men to serve. The most famous woman credited with doing this is Deborah Sampson of Plympton, Massachusetts. She was only discovered after she was wounded for the third time. She received an honorable discharge and war pension.

During World War II, women flew airplanes in the Women Airforce Service Pilots – WASP. They flew stateside as ferries, test pilots and anti-aircraft artillery trainers. The Navy created WAVES -- Women Accepted for Volunteer Emergency Service – women reservists who defended America.The Marine Corps created the Marine Corps Women’s Reserve, and the Coast Guard established the Women’s Reserve.The women who served in these units made the difference. Their dedication to our country showed that women are as capable as men, and in 1948 women were granted permanent status in the Army, Navy, Marine Corps and the newly created Air Force.

In Korea, 500 Army nurses served in combat zones healing our injured. In the 1960s, about 7,000 military women served in Southwest Asia. In the 1970s the academies and ROTC opened to women.

In 1983, the Army named a woman, Galen Grant, the first “Drill Sergeant of the Year.” I am sure Galen Grant’s service made the difference to Army Sgt. Major Teresa King, who in 2009 became the first woman commandant of the Army Drill School at Ft. Jackson SC. where she still currently serves. I can only imagine how future generations of service women Sgt. Maj. King will impact.

Today, women serve multiple rotations performing security patrols in war zones even though the ban on combat has not officially been lifted. They fly jets, serve aboard ships, gather our intelligence, provide security, patrol dangerous environments, and execute their military duties flawlessly.

At the Department of Veterans Affairs, we honor the service of all Veterans -- all 23 million alive today. We honor their families who support them throughout their service, and we honor their survivors who make unimaginable sacrifices everyday in the absence of their loved ones.

We are working harder than ever to reach out to women Veterans, many of whom do not embrace their identities as Veterans. We want them to know about the programs they have earned with their service. We want each woman who has served in uniform to proudly call themselves Veterans.

The Veterans Health Administration (VHA) has Women Veterans Program Managers at all VA medical centers and at outpatient clinics in the community. VHA has built a program that helps women Veterans navigate the VA medical system and utilize our women-specific wellness and comprehensive medical programs.

The efforts include championing our Homeless Women Veterans Pilot Project, which was created to provide a safe environment for homeless women Veterans to obtain the services they need.

We also are devoting resources to help women Veterans find jobs. These women have extraordinary skills, abilities and commitment that I know employers want in their employees.

“This is not a time when women should be patient,” Eleanor said. Generations of military women have heard that call and taken it to heart. I am proud of their legacy and I am proud to be a part of it. I am honored to serve all Veterans, their families and their survivors. I am a Veteran!

Thank you for your service and happy Veterans Day.

Allison A. Hickey is the Under Secretary for Benefits at the Department of Veterans Affairs.