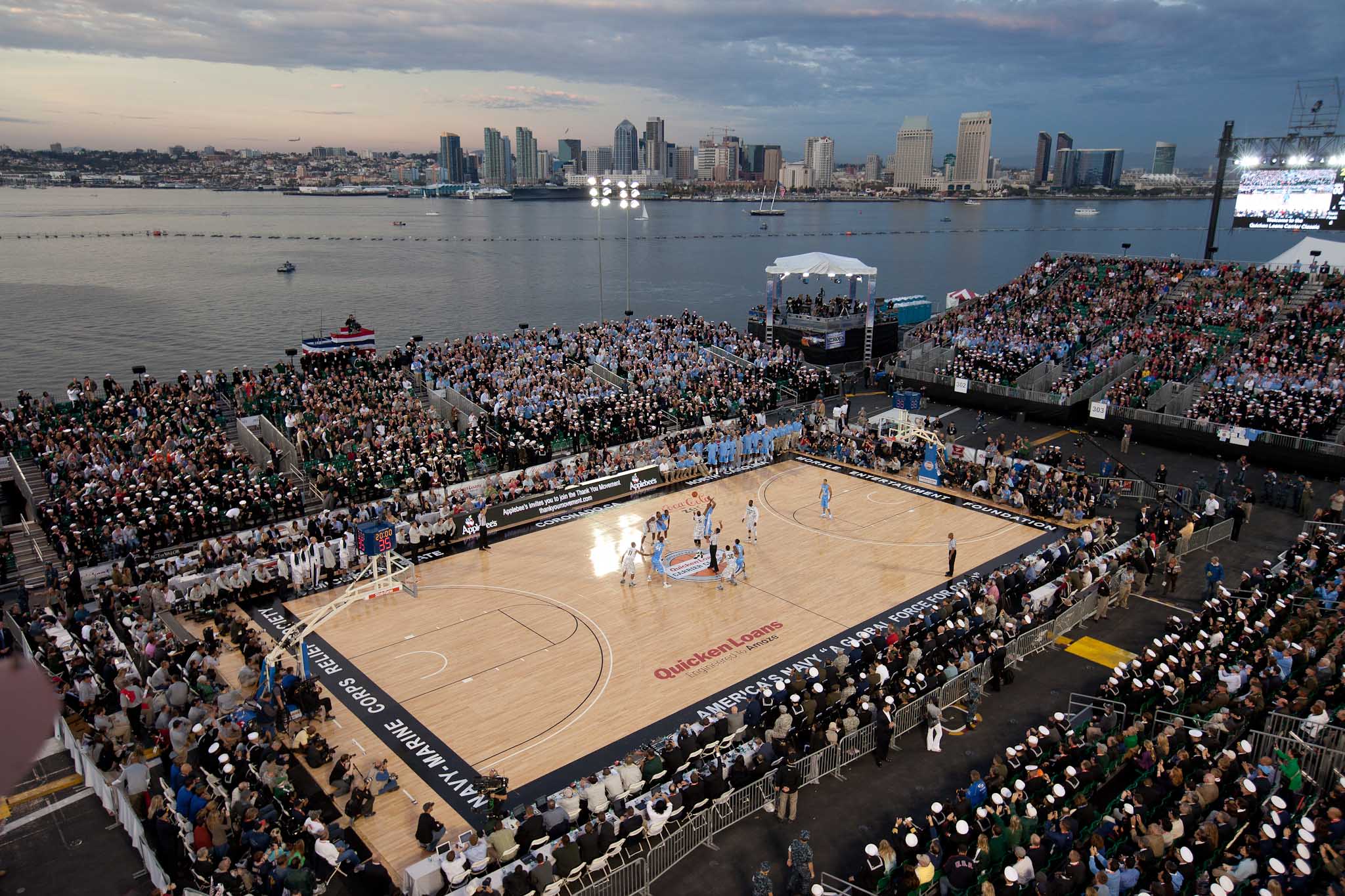 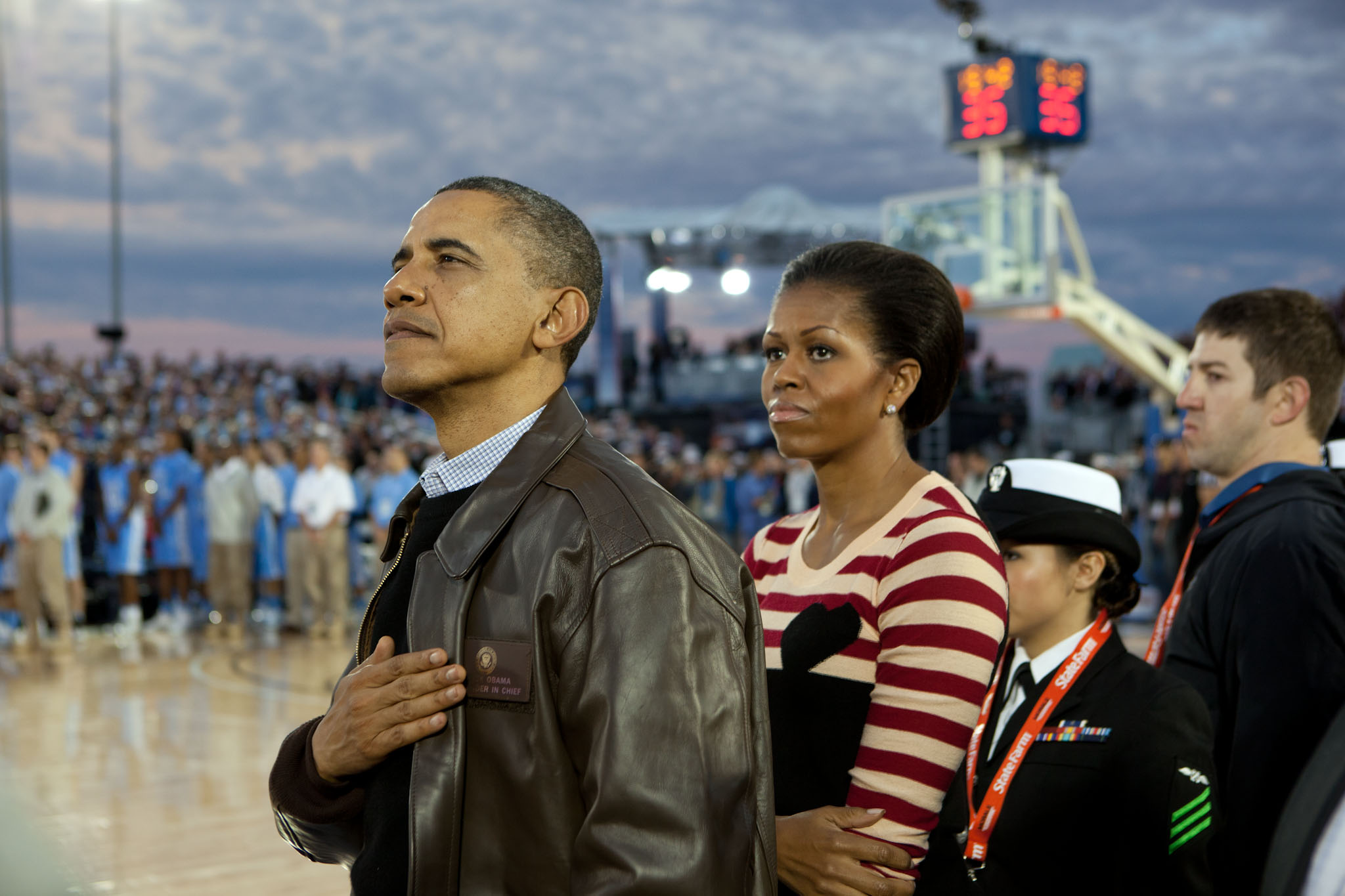 More than 8,000 people were in the stands on the flight deck of the 95,000-ton, Nimitz-class ship -- most of them uniformed military personnel. As much as the President loves a good game of basketball, he made a point to say that the real reason for the event was to celebrate the members of the U.S. armed forces and their families and ensure that our nation does right by its heroes:

This week,  throughout the week, we've been celebrating our veterans, but we have to turn our words into action. And so what we've done is make sure that Congress passed legislation that makes it a little bit easier for businesses to hire our veterans. We've put in place a series of reforms to help veterans, make sure they get the counseling and the job placement that they need.

The First Lady along with Dr. Jill Biden have put together something called Joining Forces that has now gotten commitments -- 100,000 jobs for veterans and military spouses all across the country. And we are grateful for them for that effort.

But every American citizen can make a solemn pledge today that they will find some opportunity to provide support to our troops, to those who are still active duty, to our National Guard, to our Reservists, and to our veterans.

Read the President's full remarks from the game here.

Update: Check out a slideshow of photos from Veterans Day events with the President, First Lady, and Vice President.