November 15, 2011 at 10:39 AM ET by Dr. Jill Biden
Twitter Facebook Email
Summary:
On Veterans Day, Dr. Biden and the Vice President attended the dedication of a statue created to commemorate the United States military’s response to the September 11, 2001 attacks. 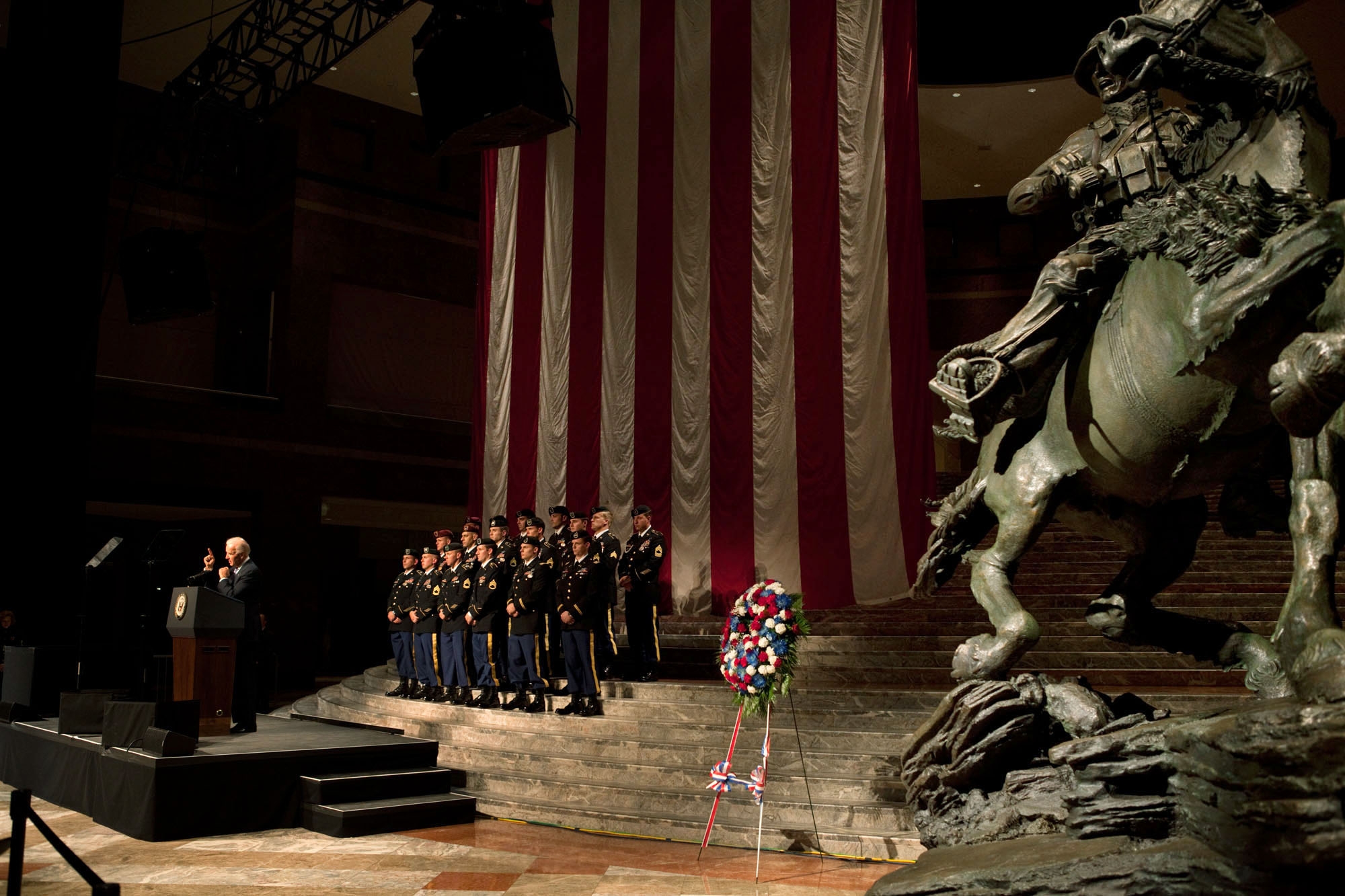 Friday was a special day, as we paid tribute to our Nation’s Veterans. My husband Joe and I attended a Veterans Day parade in Media, Pennsylvania. That evening in New York, I was honored to attend the dedication of a statue created to commemorate the United States military’s response to the September 11, 2001 attacks. The 16-foot tall bronze statue entitled De Oppresso Liber (“to liberate the oppressed”) – the motto of the U.S. Army Special Forces – depicts a soldier on horseback in honor of the first Special Forces unit that rode into combat in the mountains of Afghanistan shortly after 9/11. Upon completion of the 9/11 Memorial, the statue will be permanently located at the World Trade Center site.

Our veterans and their families show us every day just what words like “strength” and “courage” mean.  And these special operators are no exception. Joe and I met with several of them before the dedication ceremony. I was in awe of the group – many of whom have continued to serve.  And as we chatted with them, I couldn’t help but think of their families too – and the fear their parents, spouses, and children must have felt watching them leave without knowing where they were going or when they would come home. I met one young woman in her early twenties who remembers her father leaving for Afghanistan for the first time in 2001. Since then, she has watched him leave for deployment countless times, and she has spent nearly half her life worrying about him. But like all military families I have met, she is fiercely proud of his service.  Her father is her hero.

We must never forget the sacrifices of our troops and their families – at home and abroad. This statue serves as a reminder of the very first brave soldiers who rushed into harm’s way in response to the attacks on 9/11 – and of their families, to whom Afghanistan was a dangerous unknown. On Veterans Day and every day, it is our duty to show appreciation for the service of our military community and to remember that each of us has the ability to make a difference in the life of a military family.

Dr. Jill Biden is the Second Lady of the United States.