November 16, 2011 at 5:34 PM ET by Ben Seigel
Twitter Facebook Email
Summary:
Ben Seigel, Deputy Director of the Center for Faith-based and Neighborhood Partnerships at the Department of Labor, discusses a Job Club event hosted by Mt. Zion Congregational Church in Cleveland, OH.
In Northeast Ohio there is a growing movement of community-based job clubs finding success in helping a wide range of workers get and keep good jobs. To learn more about the work of these job clubs and to facilitate partnerships between these groups and the Department of Labor administered workforce investment system, my office held a regional symposium in Cleveland earlier this month as part of our broader Job Clubs Initiative. 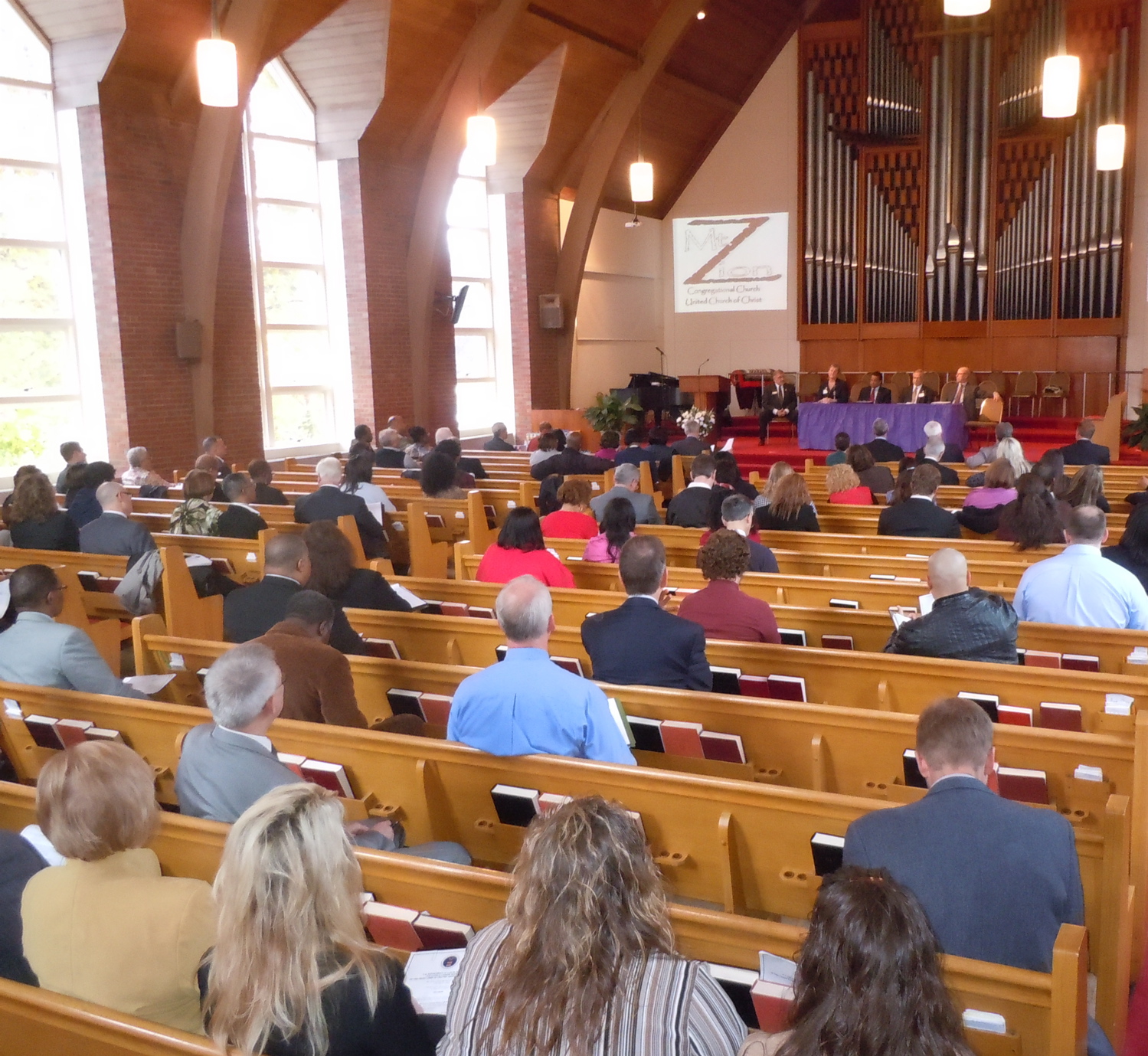 More than 150 people attended the event hosted by Mt. Zion Congregational Church and the job club they sponsor, Jobs Partnership Cleveland. We heard from local job club leaders and some of their members. One such member was Emma Daniel, who described herself as a recovering addict who has been a certified clerk for more than 20 years. She was also incarcerated for several years. Following her release from prison, she could not find employment for 7 years. She recently landed a new job through the help of Jobs Partnership Cleveland. Her participation in the job club opened her eyes to the value of neighbors helping neighbors. She is now speaking and sharing her own success story at area women’s substance abuse treatment centers to, in her words, “pay it forward.”

The concept of paying it forward inspired by job clubs was also revealed in the story of Jon Gamertsfelder. Jon is a member of Hudson Job Search located in the Cleveland suburbs of Summit County. After recently losing his job as the result of a downsizing, he began attending the job club meetings to expand his network and develop his networking skills. Hudson Job Search delivered for Jon and he is now gainfully employed at BASF Corporation. Despite working he continues to remain involved in the job club as one of approximately 50 volunteer advisors who provide valuable one-on-one coaching and counseling. According to Jim Ahern, director of Hudson Job Search, half of his volunteer advisors are in fact former “clients” who found their jobs through the group and are now returning the favor. 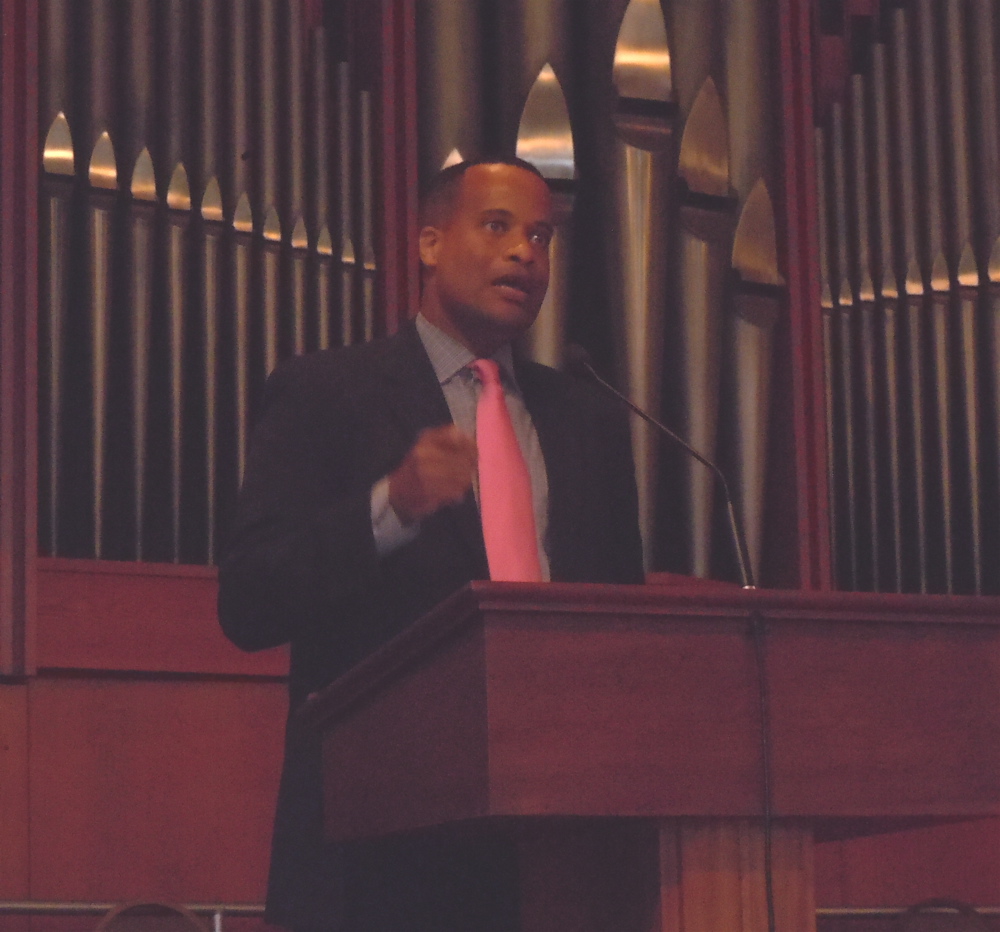 Native Ohioan and current director of the Office of Recovery for Auto Communities and Workers, Jay Williams, delivered the keynote address at the symposium.

Both Jobs Partnership Cleveland and Hudson Job Search have helped hundreds of Ohioans land jobs over the past few years despite the challenging labor market. What makes these job clubs so effective? As the attendees at Wednesday’s symposium learned, job clubs begin by putting their members in the right frame of mind to be productive job seekers. They help job seekers network and use the latest job search tools like LinkedIn. And they take advantage of close relationships with employers, who value and trust their judgment when it comes to finding talent. Jobs Partnership Cleveland, for example, works closely with the Christian Business League of Cleveland which sponsors “intimate” job fairs with a handful of employers and a small group of job seekers who have gone through the job club. Employers from the league regularly attend the weekly meetings and get to know the job club members.

Yvonne Jeans, Executive Director of Jobs Partnership Cleveland, is most impressed by the employment retention rates of her program; more than 80% of her members are still employed one year after landing a job through the group, including many members who are ex-offenders and those with other blemishes on their records. Yvonne attributes this success to the strong connections she and her volunteers build with the members, and in turn, the members’ sense of obligation to “do right” by Jobs Partnership. As Yvonne puts it, getting and keeping a job is often as simple as, “the sense of walking alongside someone.”

Native Ohioan and current director of the Office of Recovery for Auto Communities and Workers, Jay Williams, delivered the keynote address at the symposium. He commended the job clubs for their good work and urged them to work closely with the state and local workforce development system, highlighting the power of community-government partnerships. He also spelled out how the common sense proposals in President Obama’s American Jobs Act, such as Project Rebuild and Pathways Back to Work, will help so many Ohioans struggling to get jobs.

The Center is actively connecting with job clubs across the country and working with local communities interested in starting up new job clubs. To learn more visit www.dol.gov/jobclubs.

Ben Seigel is the Deputy Director of the Center for Faith-based and Neighborhood Partnerships at the Department of Labor.