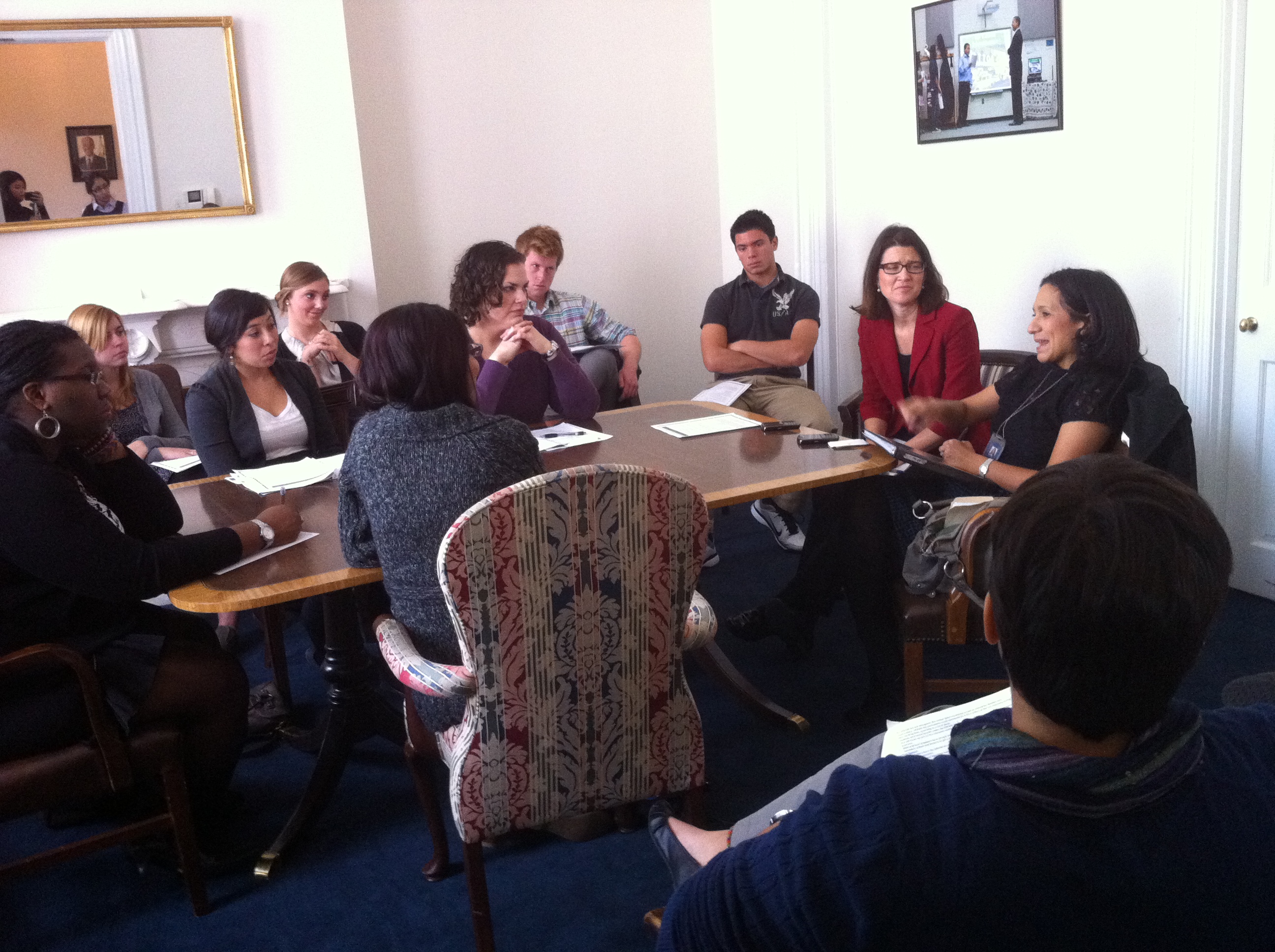 Recently, we hosted a meeting with nineteen students from the University of Detroit Mercy, University of Michigan- Ann Arbor and Jesuit volunteers who traveled to Washington DC for the 14th annual Ignatian Family Teach-In for Justice (IFTJ) events sponsored by the Ignatian Solidarity Network at Georgetown University. This annual gathering brought together over 1,000 students, teachers, parish members and faith-based and community leaders.

At our meeting, we met Kelly Miguens, a University Minister and Jesuit Volunteer at the University of Detroit Mercy and the lead organizer for the group. She helped facilitate our discussion with the students and offered some context on some of their current initiatives. The students and JVC volunteers engaged in a lively conversation with Alexia Kelley, Deputy Director and Senior Advisor at the White House Office of Faith-based and Neighborhood Partnerships  about the work of the White House Office and its satellite centers across the federal government. Felicia Escobar, Senior Advisor for Immigration Policy at the Domestic Policy Council also spoke to the group about the work of her office on immigration policy issues.

Among the many topics discussed in the meeting, the passage of the DREAM Act dominated the dialogue. The DREAM Act is a common-sense legislation drafted by both Republicans and Democrats that would give students who grew up in the United States a chance to contribute to our country’s well-being by serving in the U.S. armed forces or pursuing a higher education. It’s beneficial  for our economy, our security, and our nation. Earlier this year, top Administration officials testified before Congress, and emphasized the need for the Dream Act.

Students shared their tireless efforts and determination to make their voices heard about immigration reform. Our collective discussion produced some fresh ideas on ways we can reform our immigration system. The energy and compassion of tomorrow’s leaders which beamed from these students were inspiring and assured us that our country will remain stronger with guaranteed justice for all.