November 17, 2011 at 1:05 PM ET by Matt Compton
Twitter Facebook Email
Summary:
The President discussed America's future and what that means for the Pacific. 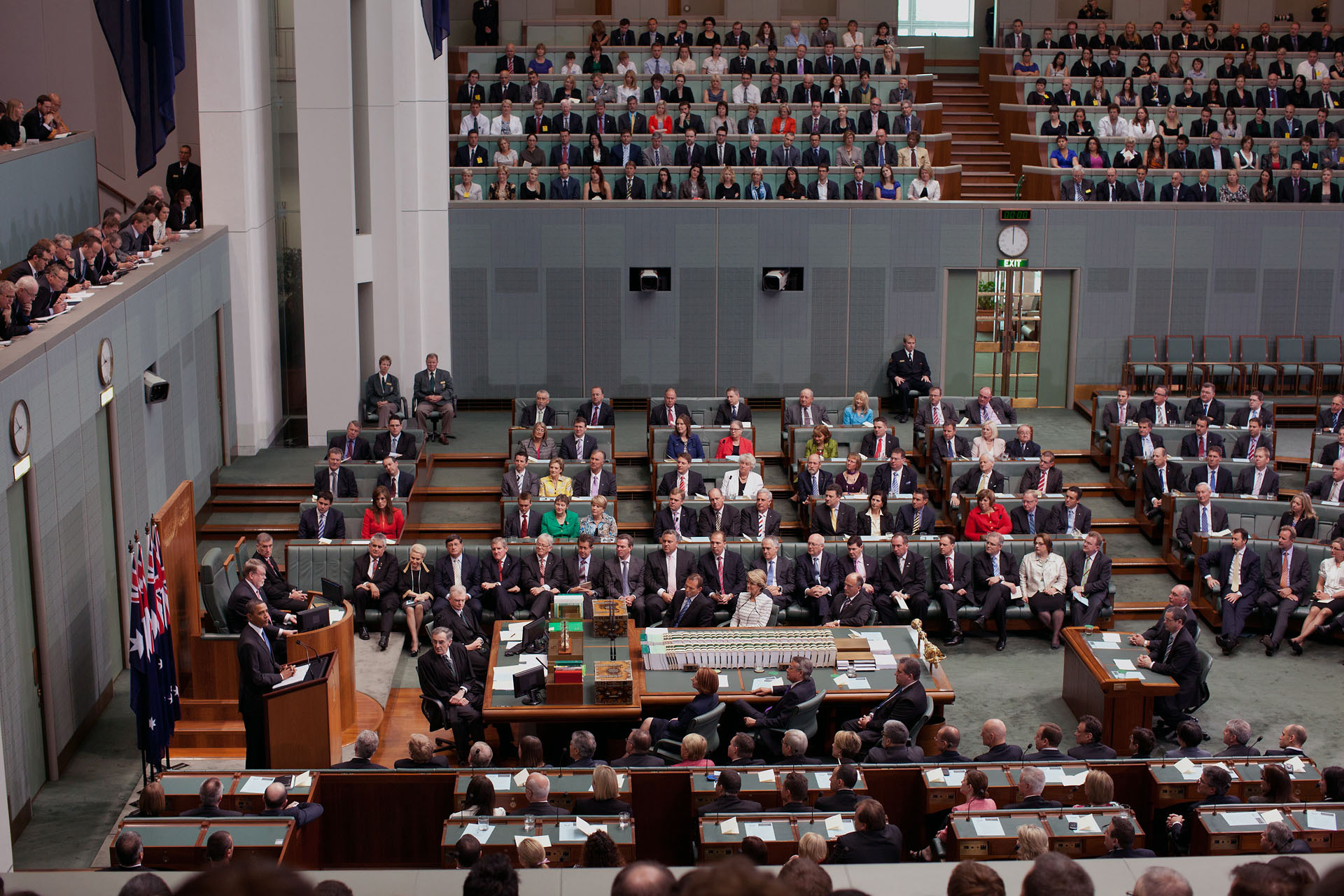 Even as President Obama works to end the wars in Iraq and Afghanistan, he's laying the groundwork to prepare America for the decades ahead.

And yesterday afternoon, he told Australian lawmakers that means shifting our attention to the Pacific:

Here, we see the future. As the world’s fastest-growing region -- and home to more than half the global economy -- the Asia Pacific is critical to achieving my highest priority, and that's creating jobs and opportunity for the American people. With most of the world’s nuclear power and some half of humanity, Asia will largely define whether the century ahead will be marked by conflict or cooperation, needless suffering or human progress.

As President, I have, therefore, made a deliberate and strategic decision -- as a Pacific nation, the United States will play a larger and long-term role in shaping this region and its future, by upholding core principles and in close partnership with our allies and friends.

The President outlined a framework through which American military strength helps to guarantee security in the region, where growing economic ties help to deliver a shared prosperity, and where renewed diplomatic relationships promote human rights and freedom.

"History is on the side of the free -- free societies, free governments, free economies, free people," President Obama said in Canberra. "And the future belongs to those who stand firm for those ideals, in this region and around the world."

See more: Check out a slideshow from the President’s trip to Australia.