Alternatives to the “War on Drugs:” Obama Drug Policy and Reforming the Criminal Justice System

November 21, 2011 at 4:49 PM ET by Rafael Lemaitre
Twitter Facebook Email
Summary:
Learn how the Obama Administration is taking unprecedented actions to restore balance in addressing our Nation’s drug problem and its disproportionate effects on communities of color.

Compared to their representation among the U.S. population, African Americans are disproportionately incarcerated for drug offenses.  These two groups have consistently higher proportions of inmates in state prison who are drug offenders compared to whites - about 50% higher.

Over the past two months, we have met with African American leaders across the country – in Chicago, Philadelphia, New York, Atlanta and Los Angeles – to listen to what they had to say.  We discussed their concerns and ideas, and we outlined the Obama Administration’s approach to drug policy, presenting our view that it is guided by three indisputable facts:  Addiction is a disease that can be treated; people can recover from drug addiction; and new interventions are needed to appropriately address substance abuse and drug-related crime. Simply put:  We cannot arrest our way out of our Nation’s drug problem.

Addressing drug addiction as a public health issue will help us break the cycle of drug use, crime, and incarceration.  And in keeping with a balanced public health and safety approach, the Obama Administration is taking unprecedented actions to restore balance to how we address our Nation’s drug problem and its disproportionate effects on communities of color.  As Director Kerlikowske has said, the “War on Drugs” metaphor is not something that captures the complexity of the problem, or our innovative response:

The Obama Administration is also supporting additional innovative new programs that show great promise in extending our approach to criminal justice reform and alternatives to incarceration:

According to a recent survey, African American parents now consider youth drug use as the top concern for young people, ranking higher than gun related crimes, school violence, or bullying.  We look forward continuing leading the Federal government’s collaborations with the African American community to reducing disparities and ensure that we can prevent drug use before it starts and work together to break the cycle of drug use and crime. 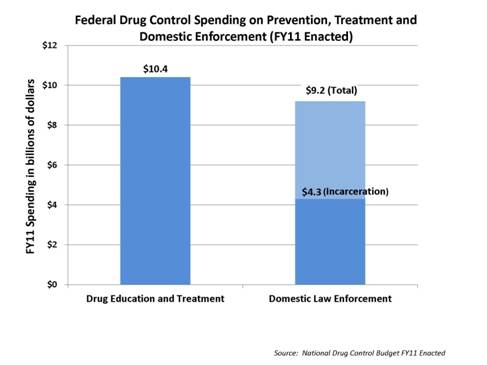