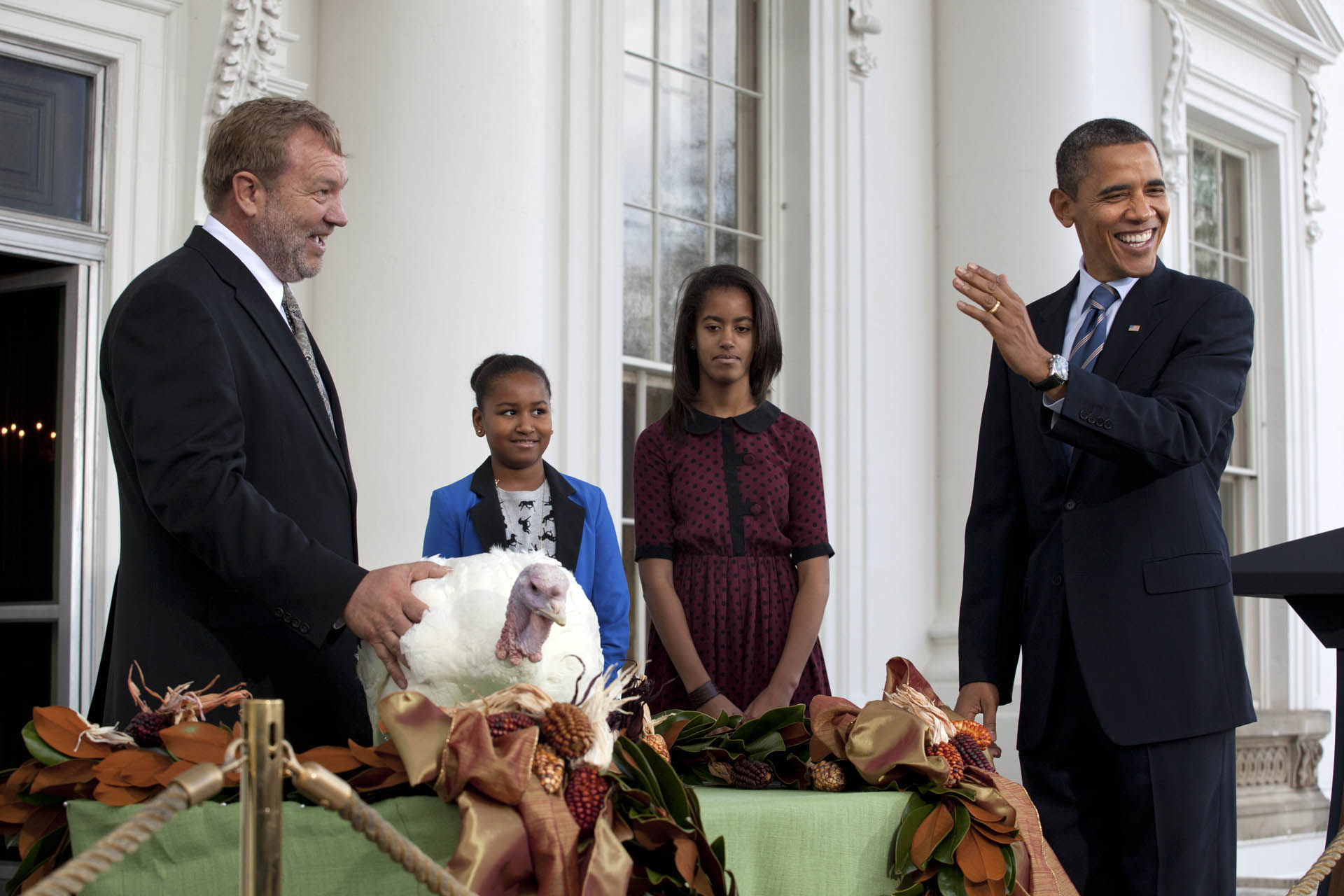 As promised, this morning, President Obama pardoned two more turkeys -- Liberty and Peace. The ceremony was held on the North Portico of the White House, and the president received a bit of help of his daughters, Sasha and Malia.

This year's turkeys are both 19-weeks old and weigh 45 pounds. They were raised by a group of students from Willmar High School in Minnesota.

To kick off the pardon, President Obama said:

The rare exception, of course, are the two birds who’ve joined me today. Now, is Peace here, or just Liberty? Just Liberty is here, but Peace is back here somewhere. Some of you may know that recently I’ve been taking a series of executive actions that don’t require Congressional approval. Well, here’s another one. We can’t wait to pardon these turkeys. Literally. Otherwise they’d end up next to the mashed potatoes and stuffing.

He also remarked on the special training provided to these birds for their big moment:

Now, I’m told that in order to prepare Liberty and Peace for their big day, the students exposed them to loud noises and flash bulbs so that they’d be ready to face the White House press corps. This is actually true. They also received the most important part of their media training, which involves learning how to gobble without really saying anything.

So Liberty is ready for his turn in the spotlight. And after he finishes a round of cable hits and a few Sunday shows, he’s going to retire to a life of leisure at Mount Vernon -- the same place where George Washington spent his golden years.