An EU Summit at the White House 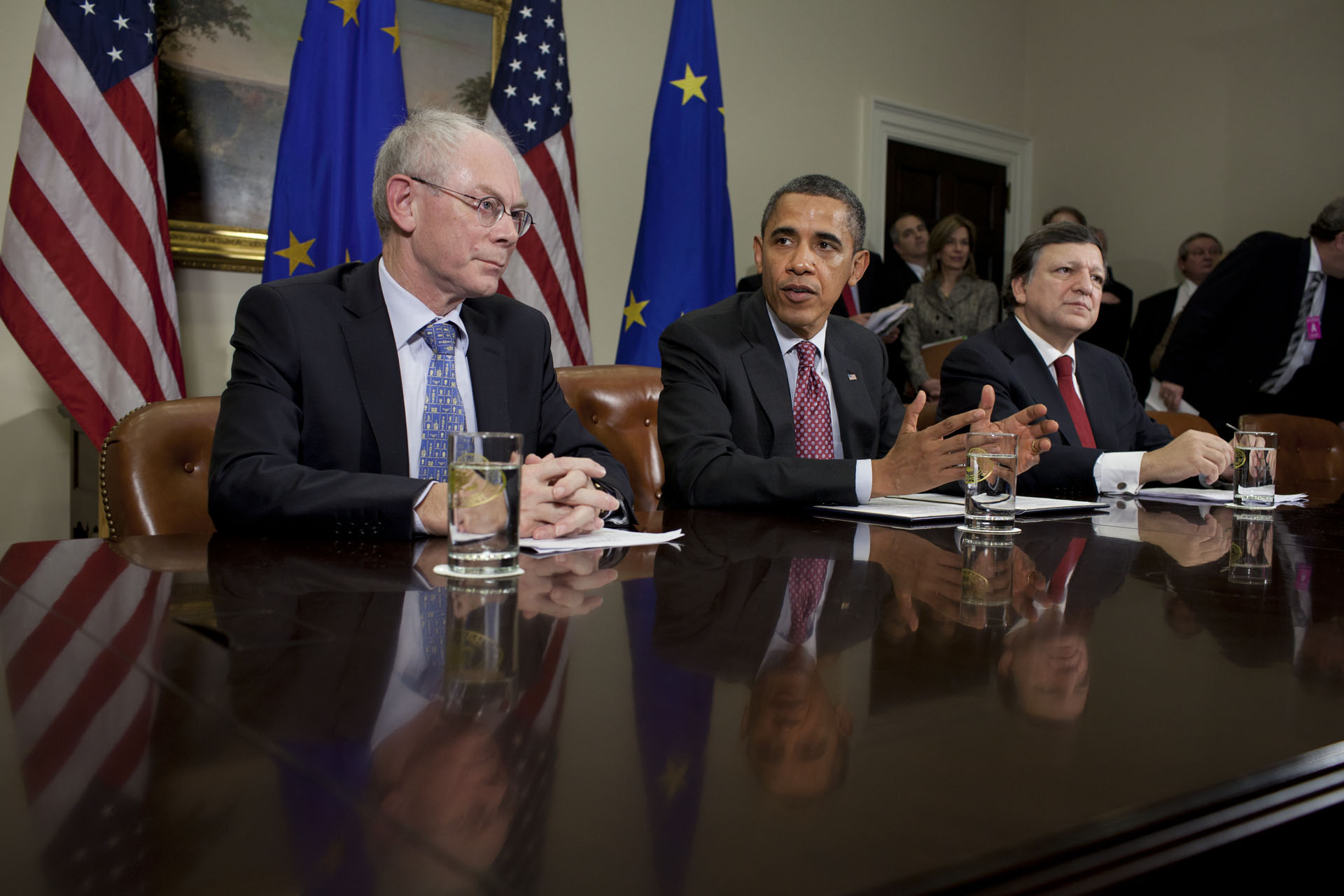 Today at the White House, President Obama met with a group of senior officials from the European Union.

The focus of their talks was the global economy -- though they also touched on the political transformation in the Middle East, Iran's nuclear program, and steps necessary to ensure success in Afghanistan.

As the world’s two largest economies and as each other’s most important trading partners, we spent a lot of time focusing on how we can continue to grow our economies and create good jobs on both sides of the Atlantic. A large part of that conversation obviously revolved around the eurozone crisis, and Presidents Van Rompuy and Barroso have been very actively engaged with the heads of government and heads of state in Europe to try to resolve this crisis. I communicated to them that the United States stands ready to do our part to help them resolve this issue.

Even as the EU Summit unfolded today in Washington, European leaders continue to meet to discuss a solution to the eurozone debt crisis. In his remarks to the press, the President spoke about the "huge importance" of reaching that resolution.