December 2, 2011 at 11:18 AM ET by Colleen Curtis
Twitter Facebook Email
Summary:
There's a brand new tree for the 2011 holiday season

Last night President Obama was joined by First Lady Michelle Obama, their daughters Malia and Sasha and  "Grandmother in Chief" Marian Robinson to light a brand new National Christmas Tree in the President's Park outside the White House. This year's tree replaces one that was part of the national tradition for 30 years , until it was lost in a storm earlier this year.

In his remarks, the President wished Americans "the merriest of Christmases" and reminded everyone to keep the central message of the holiday season in their hearts:

And this holiday season, let us reaffirm our commitment to each other, as family members, as neighbors, as Americans, regardless of our color or creed or faith.  Let us remember that we are one, and we are a family.

Continuing another tradition, the First Lady read "Twas the Night Before Christmas" to the crowd before the lighting ceremony began, and this year she was joined by Kermit the Frog.

View photos from the event and watch the President's remarks and the First Lady's reading below. 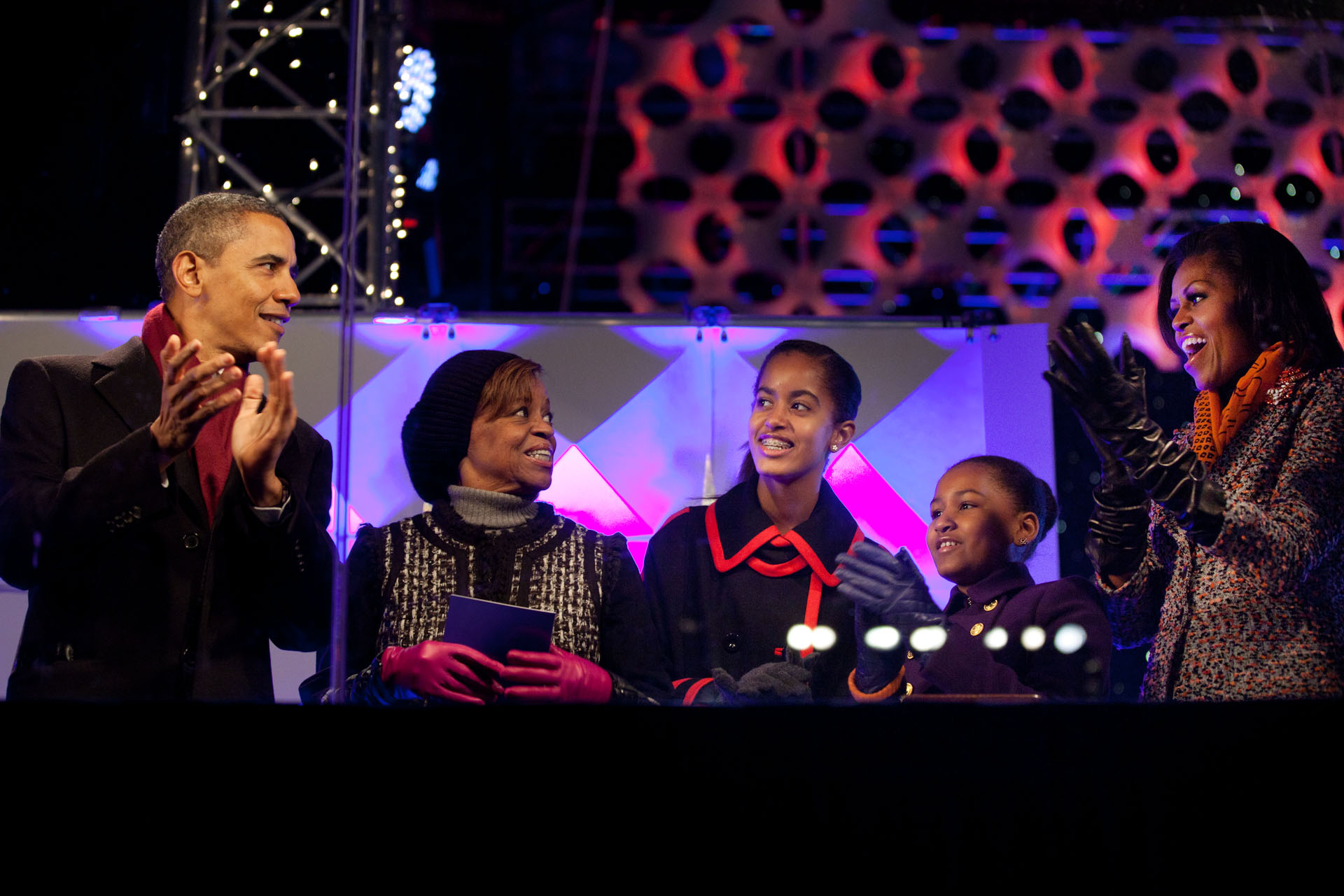 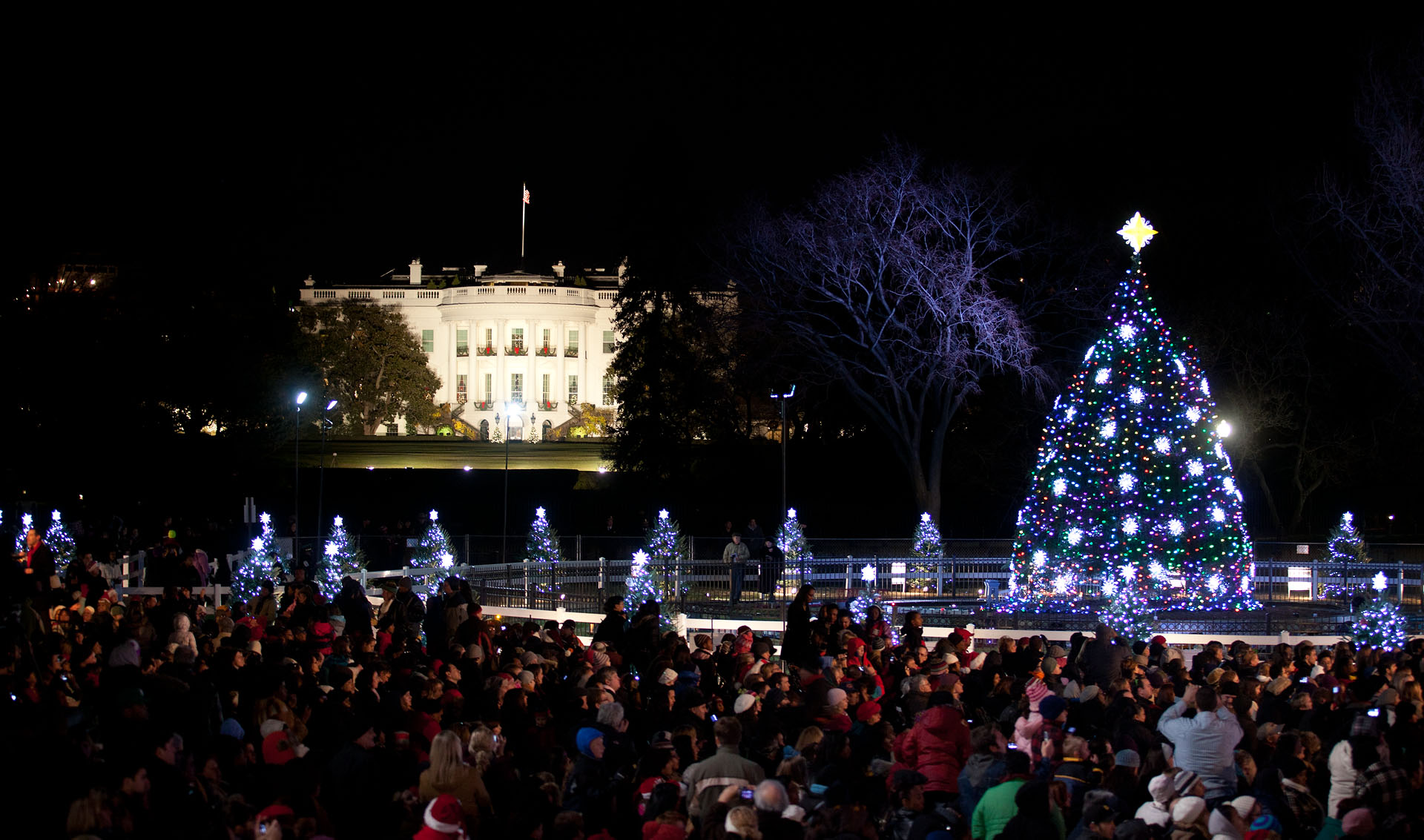 The National Christmas Tree is illuminated during the lighting ceremony on the Ellipse in Washington D.C., Dec. 1, 2011. The White House is visible in the background. (Official White House Photo by Lawrence Jackson) 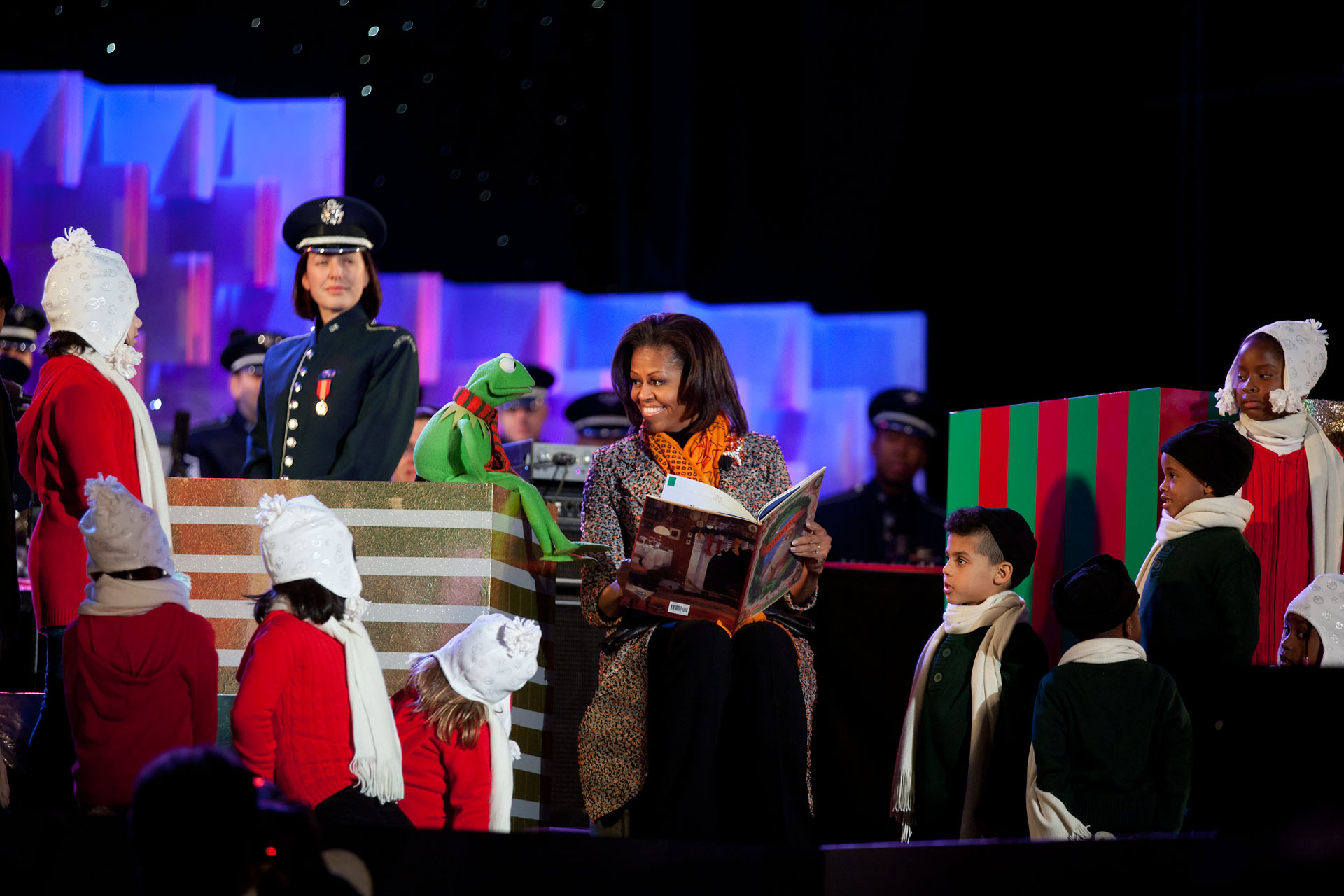 First Lady Michelle Obama and Kermit the Frog read "Twas the Night Before Christmas" to a group of children during the National Christmas Tree Lighting ceremony on the Ellipse in Washington, Dec. 1, 2011. (Official White House Photo by Lawrence Jackson)