December 2, 2011 at 2:36 PM ET by Megan Slack
Twitter Facebook Email
Summary:
As part of today’s announcement, President Obama directed all Federal agencies to make at least $2 billion worth of energy efficiency upgrades over the next two months. 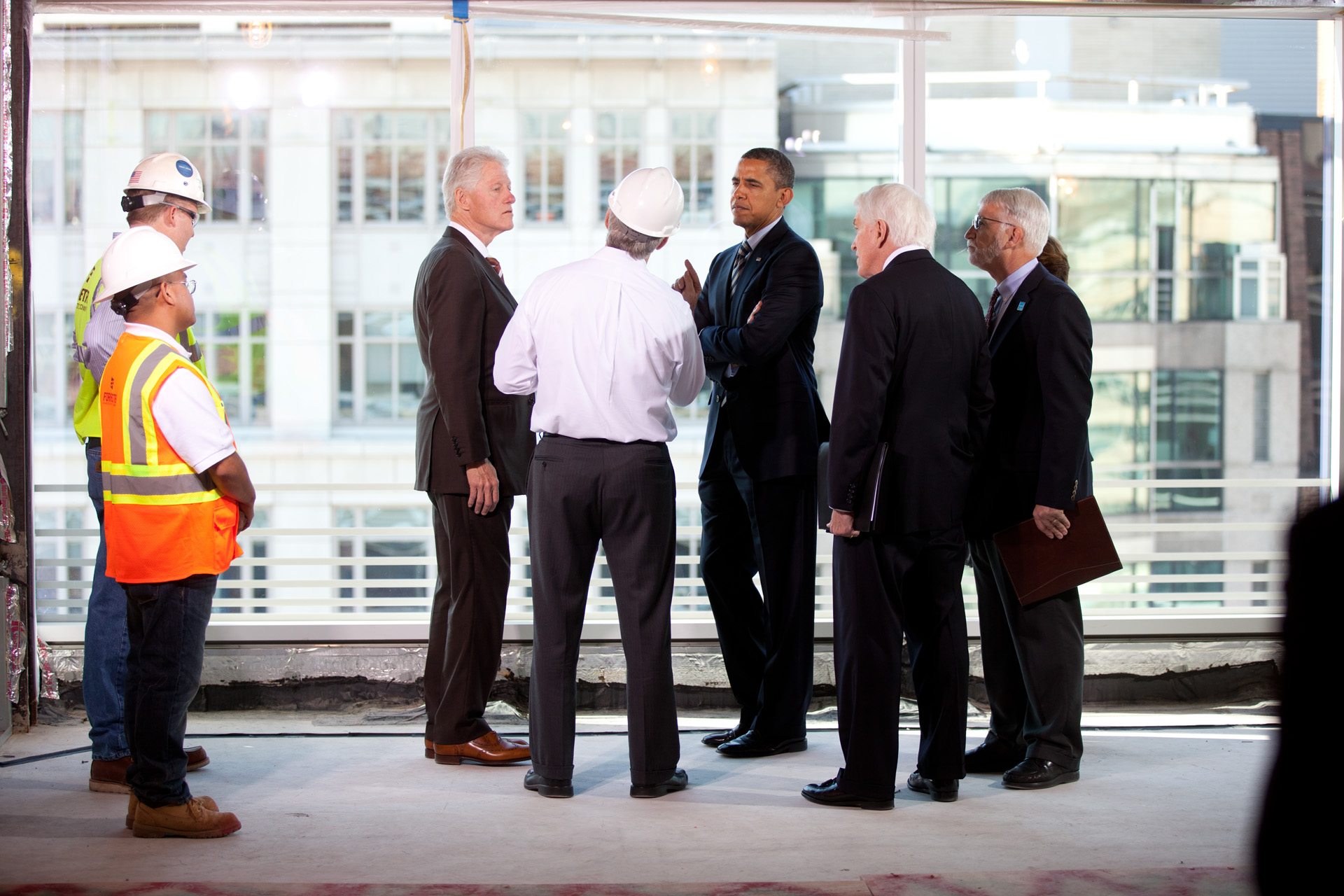 This morning, President Obama met with former President Bill Clinton to announce the next piece of the "We Can't Wait" campaign -- a $4 billion effort to improve energy efficiency in buildings across the country.

The two were joined by Tom Donohue -- the head of the U.S. Chamber of Commerce -- and Randi Weingarten -- the president of the American Federation of Teachers.

The group toured a building in northwest Washington that's currently seeing an efficiency upgrade. That improvement employs around 250 full-time workers and will save the building $200,000 a year on its energy bills.

Making our buildings more energy efficient is one of the fastest, easiest, and cheapest ways for us to create jobs, save money, and cut down on harmful pollution, President Obama said:

It is a trifecta, which is why you’ve got labor and business behind it.  It could save our businesses up to $40 billion a year on their energy bills – money better spent growing and hiring new workers.  It would boost manufacturing of energy-efficient materials.  And when millions of construction workers have found themselves out of work since the housing bubble burst, it will put them back to work doing the work that America needs done.  So this is an idea whose time has come.

As part of today’s announcement, President Obama directed all Federal agencies to make at least $2 billion worth of energy efficiency upgrades over the next two months. Additionally, 60 private companies, hospitals, cities, states, colleges, and universities, among others, have collectively committed another $2 billion in energy efficiency retrofits to 1.6 billion square feet of property—roughly the equivalent of 500 Empire State Buildings.

The investments announced today are part of President Obama’s Better Buildings Initiative, which set a goal of improving energy efficiency in commercial buildings by 20 percent by 2020. The initiative will reduce energy bills for businesses by $40 billion per year, and one report found it could create up to 114,000 jobs.