Vice President Biden: "In America, and in Iraq, the Tide of War Is Receding"

December 2, 2011 at 10:09 AM ET by Amy Dudley
Twitter Facebook Email
Summary:
The Vice President had two days of productive talks in Baghdad with Iraqi political leaders 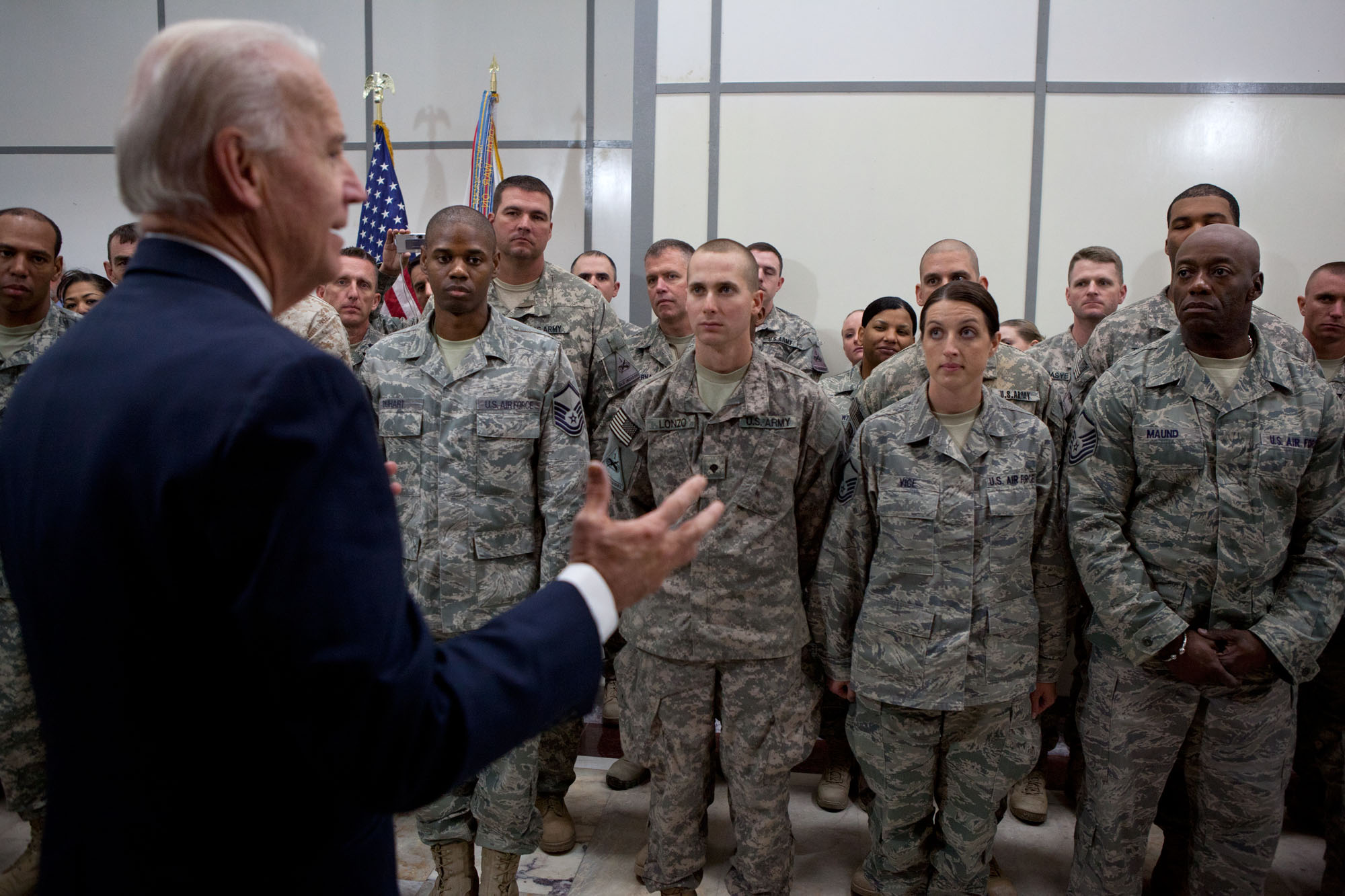 Speaking at an event in Baghdad to honor the shared sacrifice and commitment of American and Iraqi servicemembers, Vice President Biden heralded a new chapter in the relationship between the United States and Iraq – one rooted in civilian cooperation as the remaining American troops prepare to return home by the end of this year. More than 200 U.S. and Iraqi servicemembers attended the event at Al Faw Palace - a former palace of Saddam Hussein.

“Today we come together at another moment of transition,” said Vice President Biden. “In America, and in Iraq, the tide of war is receding. And our relationship, borne on the battlefield and long defined by the imperative of security alone, is now giving way to a new, more normal partnership between sovereign nations seeking to build a future together.”

In reflecting on the 4,486 American servicemembers who lost their lives in the war in Iraq, and the more than 30,000 wounded, the Vice President quoted President Harry Truman in describing the end of the war as a “solemn but glorious hour.”

The event capped two days of productive talks in Baghdad with Iraqi political leaders – including a meeting of the U.S.-Iraq Higher Coordinating Committee – all focused on the transition to an Iraq in control of its own security, with the United States as an enduring strategic partner across a broad range of areas. From energy development, to trade, to the rule of law, to agriculture, to education – these areas of cooperation defined by the Strategic Framework Agreement offer an “opportunity to help a new Iraqi democracy secure its place in the community of responsible nations,” the Vice President said.

The next stop for the Vice President: Ankara, Turkey, the first leg on a four-day visit to Turkey and Greece.

Related: See the slideshow from the Vice President's trip to Iraq