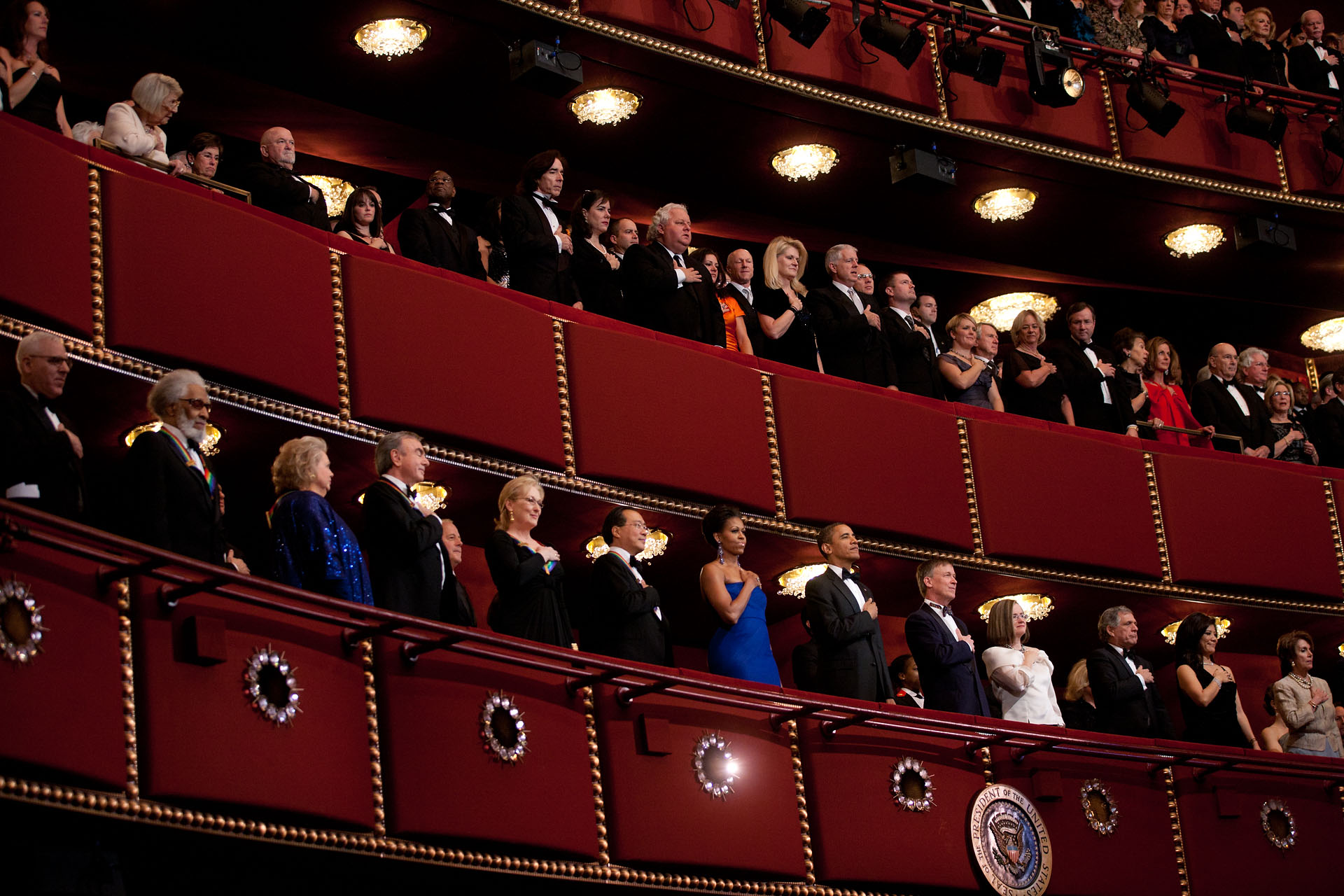 President Obama and the First Lady last night welcomed the 2011 Kennedy Center Honorees to the White House where he praised their lifelong contributions to the arts, and thanked them for sharing their talents with the world:

At a time of year when Americans everywhere are counting their blessings, we want to give thanks to their extraordinary contributions.  They have been blessings to all of us.  We are grateful that they've chosen to share their gifts, to enrich our lives, and to inspire us to new heights.

Every year the John F. Kennedy Center for the Performing Arts celebrates individuals who have made a lifetime contributions to American culture through the performing arts—whether in dance, music, theater, opera, motion pictures, or television. This year’s honorees are singer Barbara Cook, singer and songwriter Neil Diamond, cellist Yo-Yo Ma, saxophonist and composer Sonny Rollins and actress Meryl Streep. The President recognized the unique place each of the honorees holds in American culture and the importance of their work in American society:

So each of them have made these extraordinary contributions, and it's worthwhile, then, for us to commit ourselves to making this a place where the arts can continue to thrive. Because right now, somewhere in America, there is a future Kennedy Center honoree -- practicing on some phone books, or writing songs to impress a girl, or wondering if she can cut it on the big stage. Let's make sure our young people can dream big dreams, and follow them as far as they can go. And let's make sure the arts continue to be an important -- no, a critical part of who we are in the kind of world that we want to live in.

Tonight, we congratulate all our extraordinary honorees.  Thank you very much 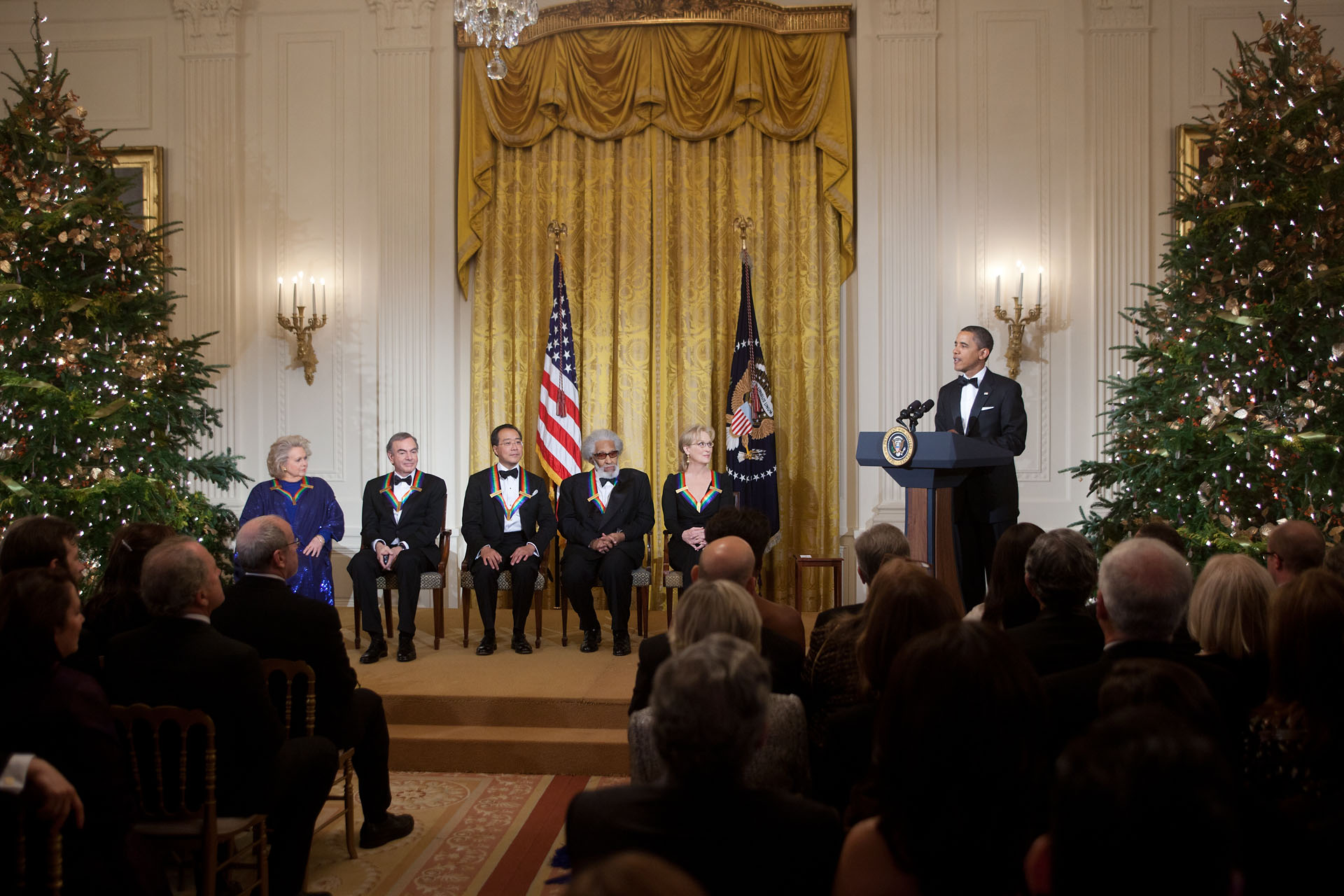 The Kennedy Center Honors 34th Annual National Celebration of the Arts will air on Tuesday, December 27 at 9:00 p.m. on CBS (ET/PT).