December 7, 2011 at 11:14 AM ET by Megan Slack
Twitter Facebook Email
Summary:
A look back at Vice President Joe Biden's visit to the USS Arizona Memorial to honor those lost in the Pearl Harbor attack.

In August, Vice President Joe Biden traveled to Pearl Harbor after his trip to Asia to pay his respects at the USS Arizona Memorial -- a 184-foot structure that rests atop the midsection of the sunken World War Two battleship.

Today marks the 70th anniversary of the Japanese attack on Pearl Harbor. The USS Arizona, one of 21 battleships attacked on December 7th, 1941, is the final resting place for 1,177 American crewmen. It represents the greatest loss of life on any ship that day and about half of the total number of Americans killed in the attack.

The Vice President, his daughter-in-law Kathleen, and his granddaughter Naomi visited the memorial at sunset, and had the opportunity to reflect on the overwhelming loss of life in the memorial’s sanctuary, where 1,177 names of the fallen are etched in marble on the wall.

After laying a wreath at the foot of the wall, the Vice President and his family silently sprinkled flower petals into the sea -- a symbolic tribute to all those lost in the attack. 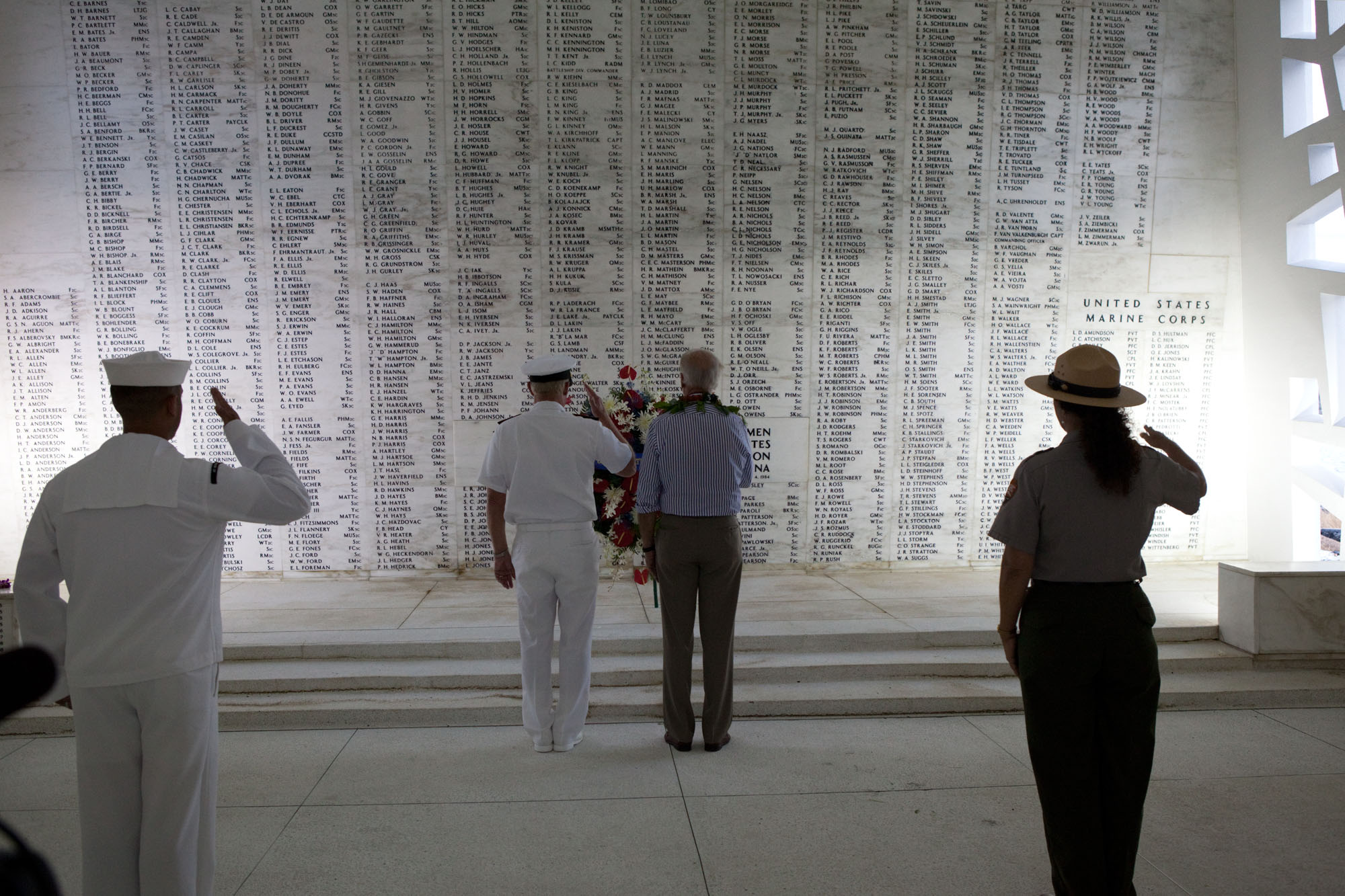