December 8, 2011 at 11:24 AM ET by Matt Compton
Twitter Facebook Email
Summary:
President Obama welcomed Canadian Prime Minister Stephen Harper to the White House to discuss a range of issues -- including ways to create jobs and boost the economy. 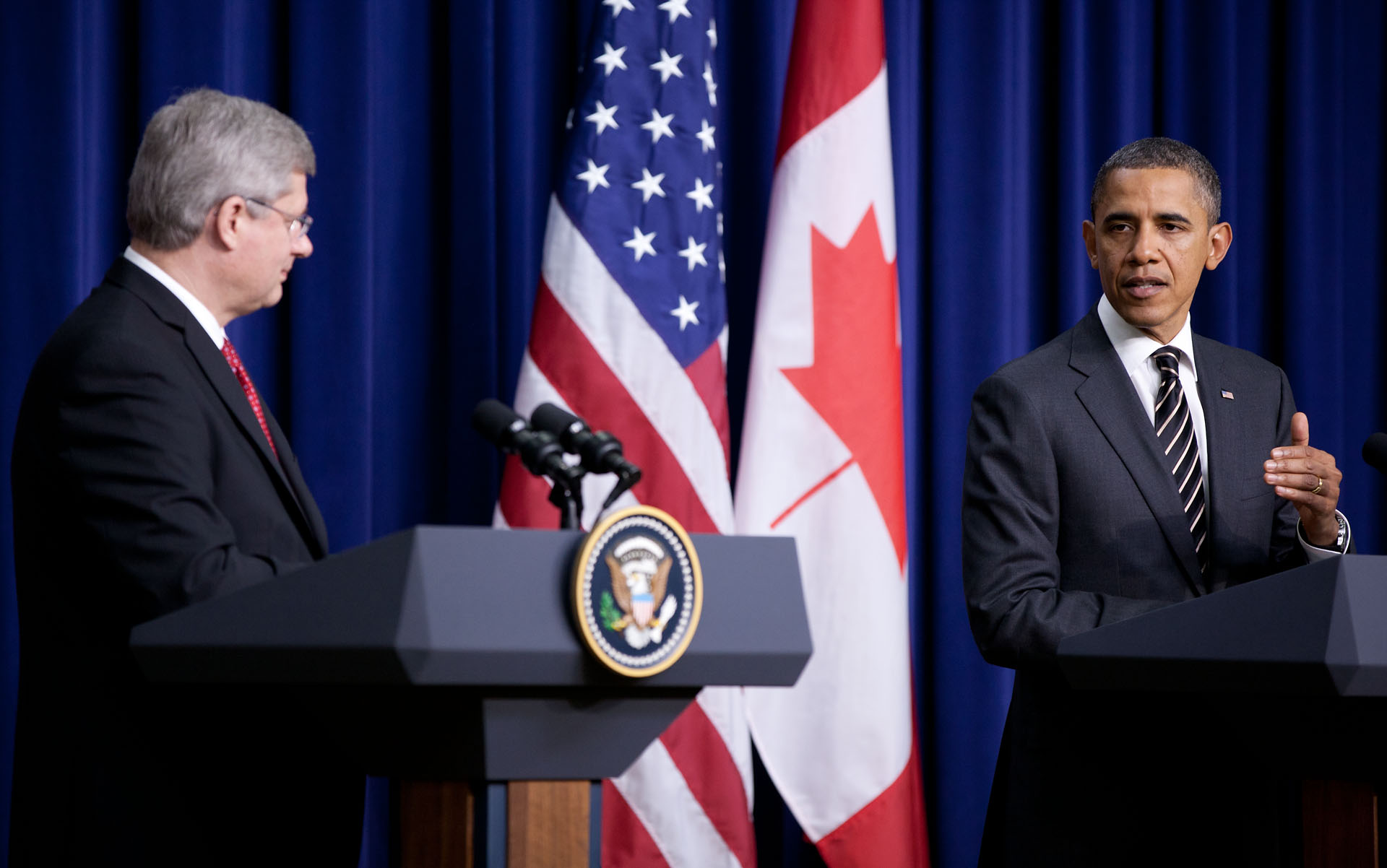 Yesterday afternoon, President Obama welcomed Canadian Prime Minister Stephen Harper to the White House. Their conversation was wide-ranging, touching on the Eurozone crisis, the war in Afghanistan and the democratic transitions in the Middle East and North Africa. But the central focus of their talks was on creating jobs and boosting the economy:

[In] this mission, Canada has a special role to play. As most of you know, Canada is our single largest trading partner, our top export market, and those exports -- from cars to food -- support some 1.7 million good-paying American jobs. Canada, in turn, is one of the top foreign investors in the United States, and that creates even more jobs and prosperity.

And the Prime Minister and I are determined not just to sustain this trade but to expand it, to grow it even faster, so we’re creating even more jobs and more opportunity for our people. Canada is key to achieving my goal of doubling American exports and putting folks back to work.

The President and the Prime Minister announced two new iniatives to help achieve those aims.

First, our two nations will coordinate to introduce new technology to improve cargo security and screening at points of entry along the border. That will ease congestion and reduce the time it takes to transport products between the U.S. and Canada. That in turn will make it easier for businesses to export their goods.

Second, the U.S. and Canada will work to streamline regulations and, in some cases, eliminate them altogether. The goal here will be to align standards where possible, and this effort will focus on series of key sectors -- starting with automobiles, agriculture, and health care. The aim here is also to reduce costs for businesses.