December 9, 2011 at 8:52 AM ET by Amy Dudley
Twitter Facebook Email
Summary:
Vice President Biden delivered a brief welcome message before personally thanking every sailor for their service as they disembarked the ship to reunite with their loved ones 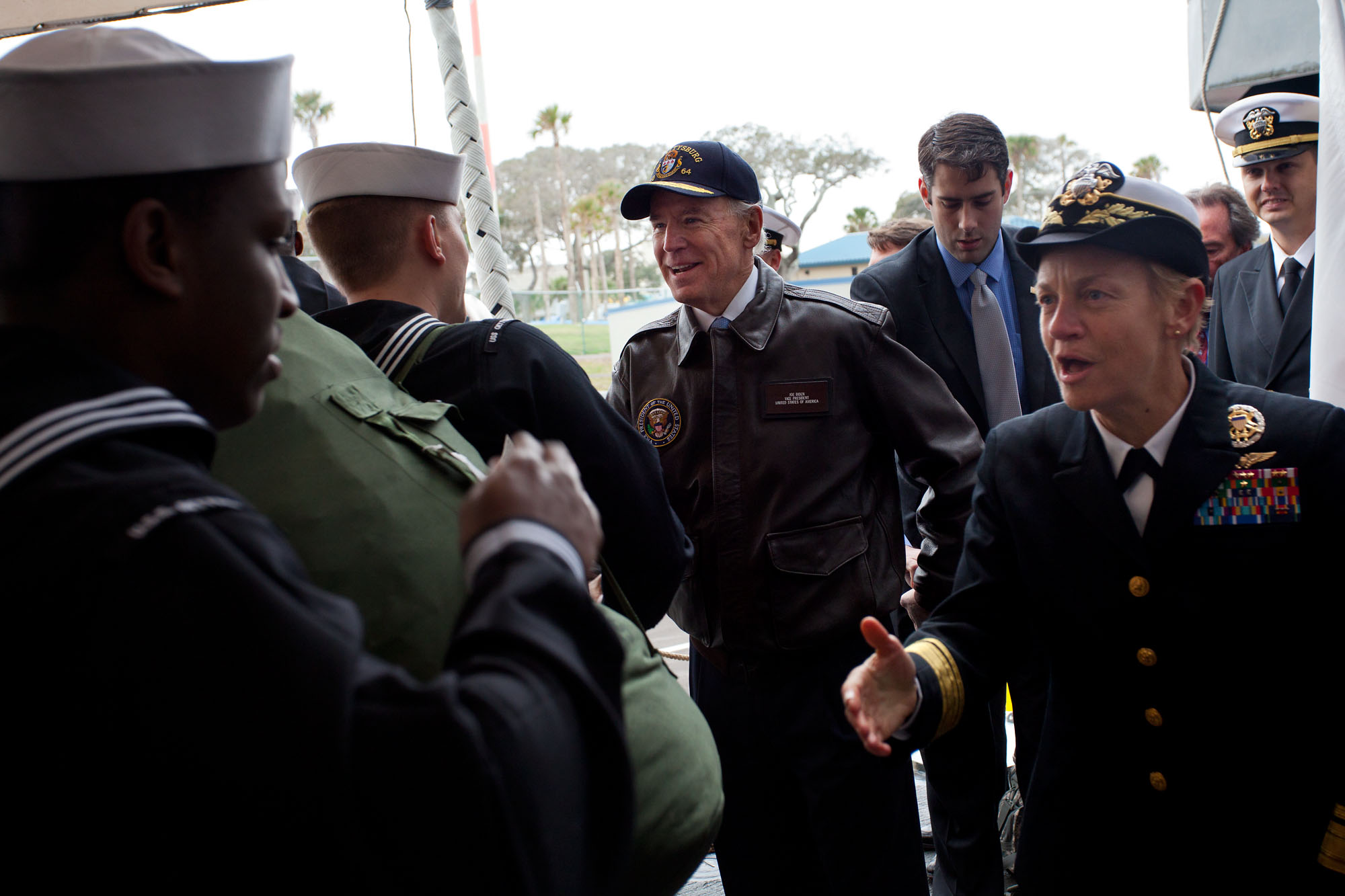 Yesterday morning, Vice President Biden made a surprise visit to Mayport Naval Station in Jacksonville, Florida to welcome over 300 sailors home from a seven month deployment to the Middle East.

The sailors serve on the USS Gettysburg, which was returning to its homeport in Mayport. The Gettysburg deployed last May – along with helicopters and crew from Helicopter Maritime Strike Squadron 70 (the “Spartans”, based at nearby Naval Station Jacksonville) – as part of the George H.W. Bush Strike Group.

As the Gettysburg slowly made its way into port, the Vice President said a few words to the hundreds of family and friends gathered to welcome home their loved ones. He was joined by Rear Admiral Nora Tyson, Commander of Carrier Strike Group 2 – the first woman in U.S. Navy history to assume command of a carrier strike group. The Vice President thanked the families for the sacrifices they have made while their loved ones served overseas. “They also serve who only stand and wait,” he said, quoting poet John Milton.

He also recalled his own son Beau’s homecoming after serving a year in Iraq.

“I learned early, early on,” the Vice President said, “if anyone got - no matter who it was, the president, the Lord almighty - got between his mother and him or his wife and him as he was getting off that bus, they would have been trampled.”

“I promise I'm not going to get between you and that ship coming in here,” he told the crowd.

Keeping that promise, Vice President Biden delivered a brief welcome message over the ship’s public address system before personally thanking every sailor for their service as they disembarked the ship to reunite with their loved ones.

See the photo gallery of the USS Gettysburg homecoming