December 14, 2011 at 3:30 PM ET by Karen Thole
Twitter Facebook Email
Summary:
Karen A. Thole, Professor of Mechanical Engineering and head of the Department of Mechanical and Nuclear Engineering at the Pennsylvania State University, discusses the importance of encouraging engineering as a program of study to all high school students so that we can attract a more diverse group to consider the profession. 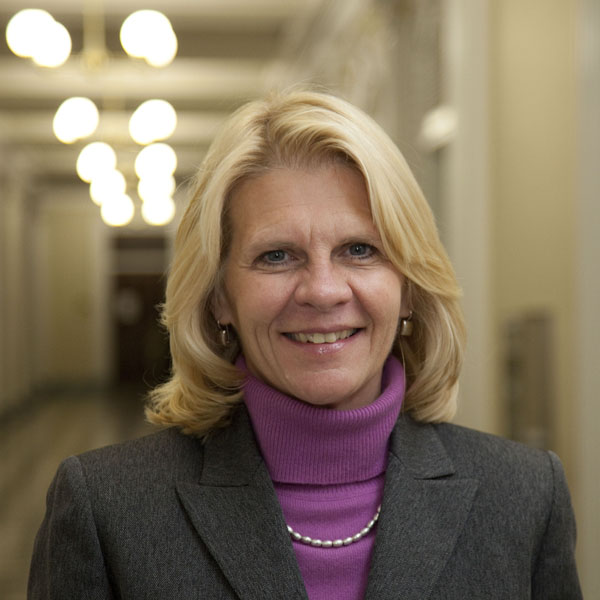 To solve today’s engineering challenges in energy, environment, health, and society, we need a wide range of solutions, which can result only from having a diverse group of engineers who have strong technical backgrounds. Unfortunately, our ranks in engineering are not diverse.

Given its breadth, engineering is certainly not an easy profession to describe to a high school student. Through no fault of their own, many of our high school guidance counselors as well as science and math teachers cannot describe the effect that engineers have on our daily lives. That was the case when I went to school. I grew up on a dairy farm in southern Illinois with the only discussed professions being farmers, teachers, and medical doctors. It was not until I received encouragement from a college classmate (whose father was an engineer) that I considered engineering as a profession. Many engineers have such happenstance stories on how they entered engineering. However, we need to do better in expressing the importance of engineering to all high school students so that we can attract a more diverse group to consider the profession.

Using the marketing lessons from the National Academy of Engineering’s Changing the Conversation and partial support from the National Science Foundation, we developed a program at the Pennsylvania State University called the Engineering Ambassadors. This select group of undergraduate engineers, primarily composed of females, is taught advanced communication skills and then, using the marketing messages from the "Changing the Conversation", travels to high school science classrooms across the Commonwealth of Pennsylvania to explain the importance and excitement of being in the engineering profession. The Ambassadors spoke to more than 1000 students in 2010-11. The benefits of the Program are not only to the high school students and the teachers who receive the Ambassadors’ messages, but also to the Ambassadors themselves. Our Ambassadors, who are technically strong, have received intense coaching on their presentations. By giving these polished presentations to large audiences, they have gained much confidence. Moreover, our Ambassadors have become leaders not only on our campus but in their engineering internship positions. The impact that these Ambassadors will have as future engineering leaders in the U.S. has already been predicted by companies such as the United Technologies Corporation who is now providing financial support for our Program at Penn State and has also has funded the spread of the program to three additional universities.

Other programs also exist to help to recruit a more diverse engineering student enrollment. One such program is Engineers without Borders, which I helped bring to Penn State and which the American Society of Mechanical Engineers supports. Young women faculty, too, need continued encouragement through programs such as the National Science Foundation’s ADVANCE Program, which I helped bring to Virginia Tech. The goal of the ADVANCE Program is to transform academic institutions to ensure successful careers for women faculty.

The support throughout my own career from many champions of change has allowed me to be technically strong and to be placed in leadership positions such as the one I am now in at Penn State’s Mechanical and Nuclear Engineering Department. It is on behalf of those champions who have helped me and those whom I hope to inspire that I accept this recognition from the White House.