December 14, 2011 at 2:03 PM ET by Alan Krueger
Twitter Facebook Email
Summary:
The Affordable Care Act has made it easier for young adults to obtain and maintain health insurance.

Historically, young adults making the transition from school to work have been substantially more likely than any other demographic group to go without health insurance.  In today’s labor market, it can be particularly tough for young workers to find jobs that provide health benefits.

A new policy enacted as part of the Affordable Care Act is designed to make it easier for younger Americans to obtain and maintain health insurance.  The policy, which took effect in 2010, allows young adults to stay on their parents’ health insurance plan up until they turn age 26.  Prior to the Act, dependent children were typically dropped from their parents’ coverage when they turned 18 or graduated from college. 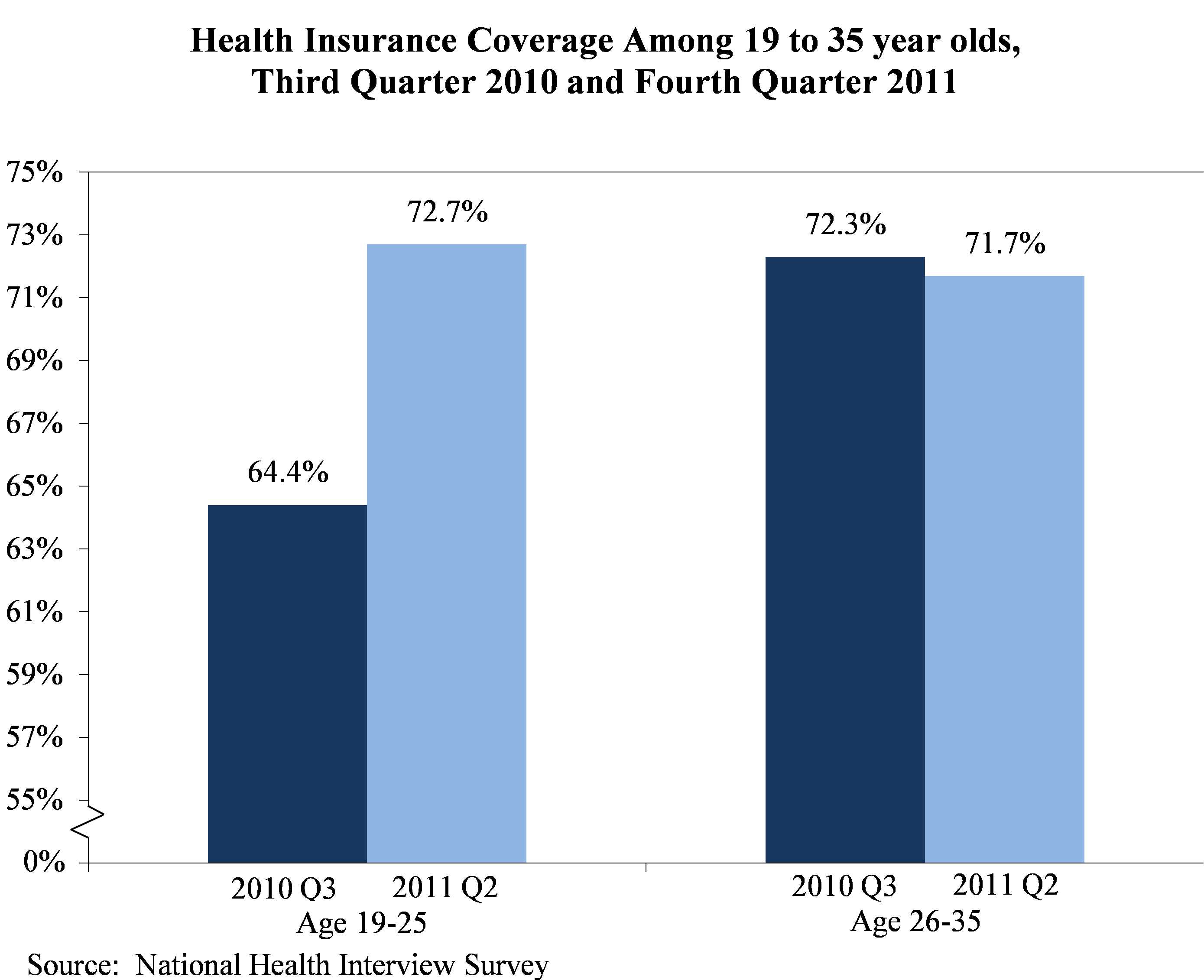 Today, the CDC released new data that indicate that this provision of the law is already making a difference. New results from the National Health Interview Survey show that, from September 2010, when this part of the law took effect, to June 2011, the percentage of 19 to 25 year olds with health insurance coverage increased by more than 8 percentage points, from 64.4 percent to 72.7 percent.  This translates to roughly 2.5 million young adults gaining coverage.

A closer look at the NHIS data makes it clear that the Affordable Care Act is responsible for this good news.  First, the coverage gains were accounted for entirely by an increase in private insurance coverage.  There has been no statistically significant change in the percentage of 19 to 25 year olds covered by public health insurance since September 2010.  Second, as shown in the graph, the percent of young adults between the ages of 26 and 35 with health insurance coverage stayed roughly constant over the same time period.  This slightly older cohort can be seen as a plausible “control group” because its members faced similar economic conditions as 19 to 25 year olds but are generally not eligible for dependent coverage through their parents’ insurance.

The most significant coverage provisions of the Affordable Care Act, which are expected to increase the number of non-elderly Americans with health insurance by more than 30 million, will not take effect until 2014.  The increases in coverage for young adults that already have been achieved, however, are a signal accomplishment that is worth highlighting.

More information on the new estimates from the National Health Interview Survey can be found here and here.