December 14, 2011 at 2:55 PM ET by Matt Compton
Twitter Facebook Email
Summary:
President Obama travels to Fort Bragg, North Carolina -- home of the Airborne and Special Operations Forces -- to salute the service of the soldiers, sailors, airmen, Coast Guardsmen, and Marines who helped to bring an end to the war in Iraq. 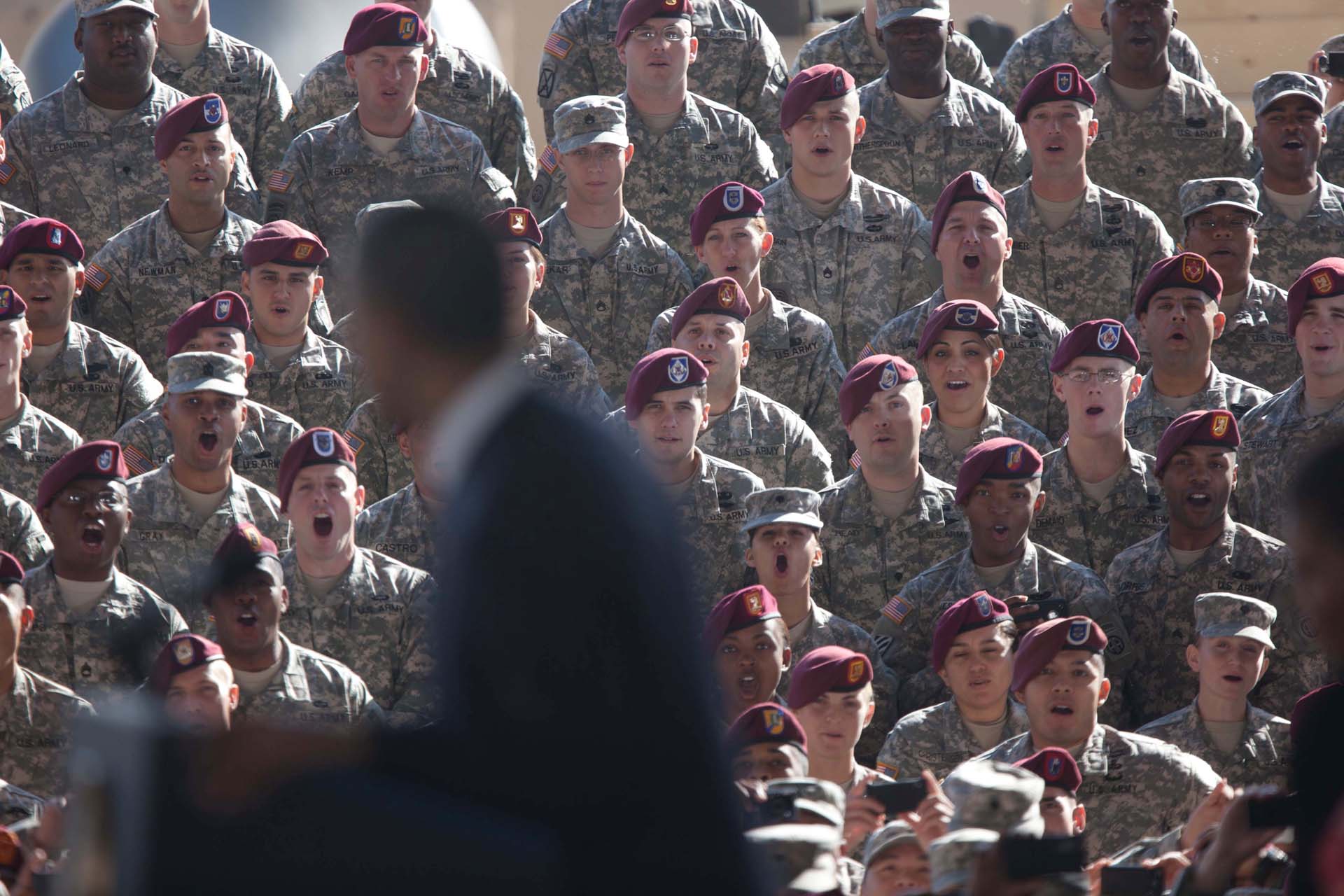 President Obama traveled to Fort Bragg, North Carolina on Wednesday -- home of the Airborne and Special Operations Forces -- to salute the service of the soldiers, sailors, airmen, Coast Guardsmen, and Marines who fought in Iraq and helped to bring the war to an end.

"As your commander in chief, and on behalf of a grateful nation, I’m proud to finally say these two words," he said, "Welcome home." 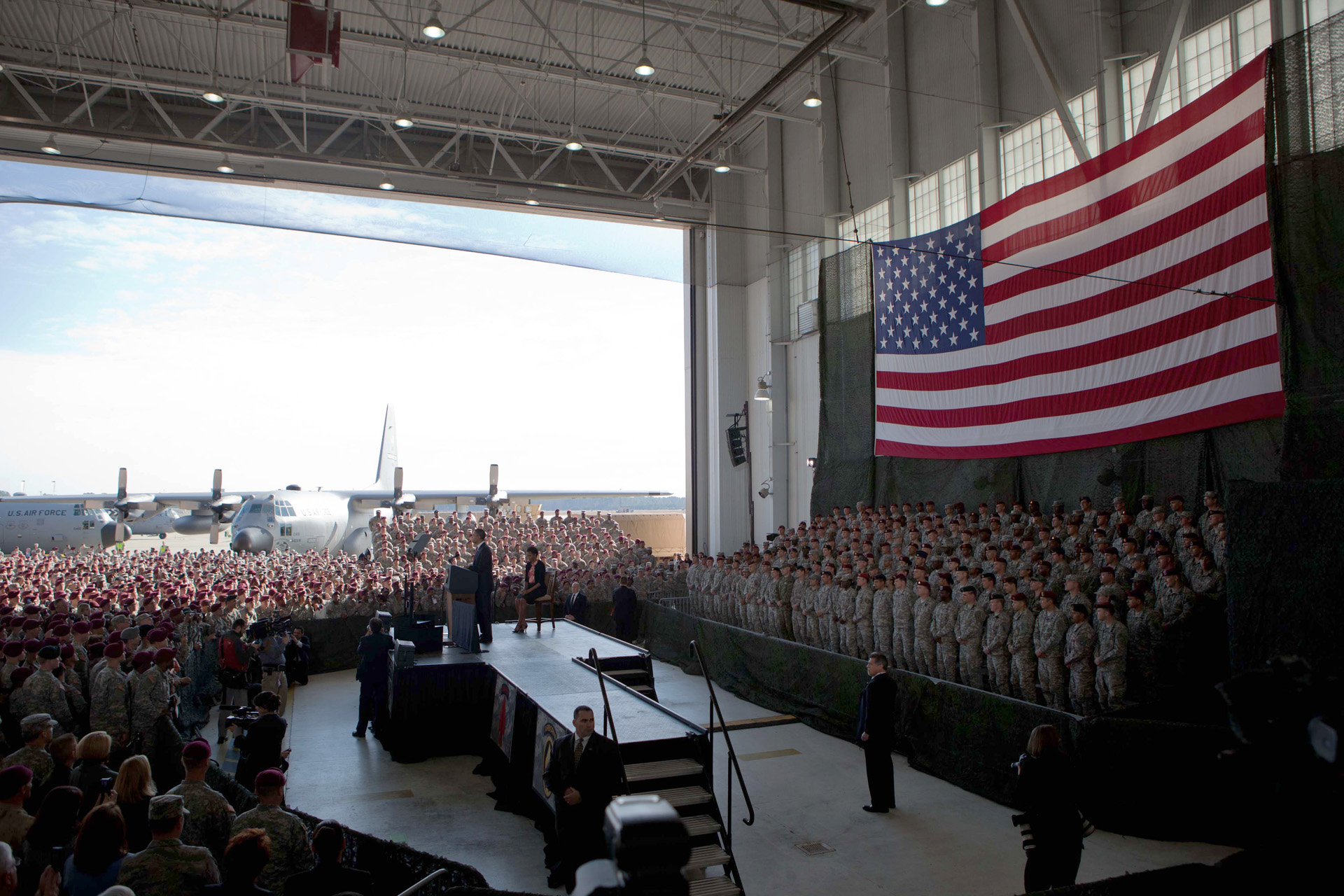 He told the crowd assembled in a hanger on base:

It’s harder to end a war than begin one. Indeed, everything that American troops have done in Iraq -– all the fighting and all the dying, the bleeding and the building, and the training and the partnering -– all of it has led to this moment of success. Now, Iraq is not a perfect place. It has many challenges ahead. But we’re leaving behind a sovereign, stable and self-reliant Iraq, with a representative government that was elected by its people. We’re building a new partnership between our nations. And we are ending a war not with a final battle, but with a final march toward home.

More than 1.5 million American troops served in Iraq -- including many from Ft. Bragg who conducted multiple tours of duty. And the President said that we'll continue to honor their service now that the war is over:

Part of ending a war responsibly is standing by those who fought it. It’s not enough to honor you with words. Words are cheap. We must do it with deeds. You stood up for America; America needs to stand up for you. That’s why, as your Commander-in Chief, I am committed to making sure that you get the care and the benefits and the opportunities that you’ve earned.