Four-Leaf Clover, Out of this World 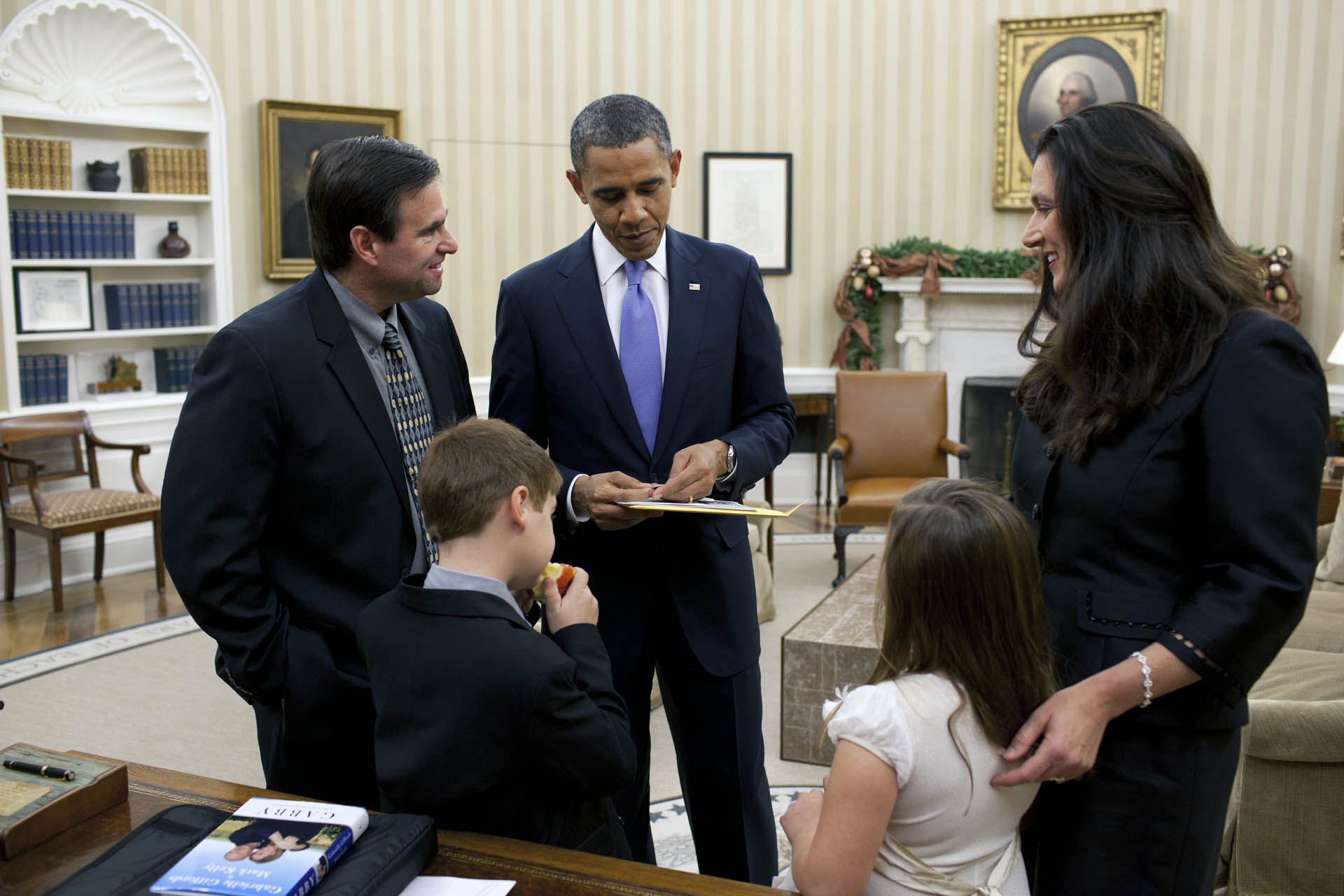 It’s not every day that an astronaut asks if he can carry an item into space for the President.

During the 14-day mission in spring 2011, Dr. Chamitoff, an aeronautical engineer and planetary geologist, performed operations with the Shuttle and Station Robotic Arms. He also performed two spacewalks, the last of which was the final spacewalk of the Space Shuttle Program. Prior to Endeavor, he had made one previous spaceflight, a six-month mission aboard the space station in 2008. To date, Dr. Chamitoff has logged more than 198 days in space.

And just two weeks ago, Dr. Chamitoff, along with his wife Chantal and twins Dimitri and Natasha, came to the White House to return the President’s four leaf clover. For the President, and all of us at the White House, the space program encapsulates what it means push the boundaries not only of where we can go but what we can do.

Danielle Borrin is the Deputy Director of Intergovernmental Affairs & Public Engagement in the Office of the Vice President.