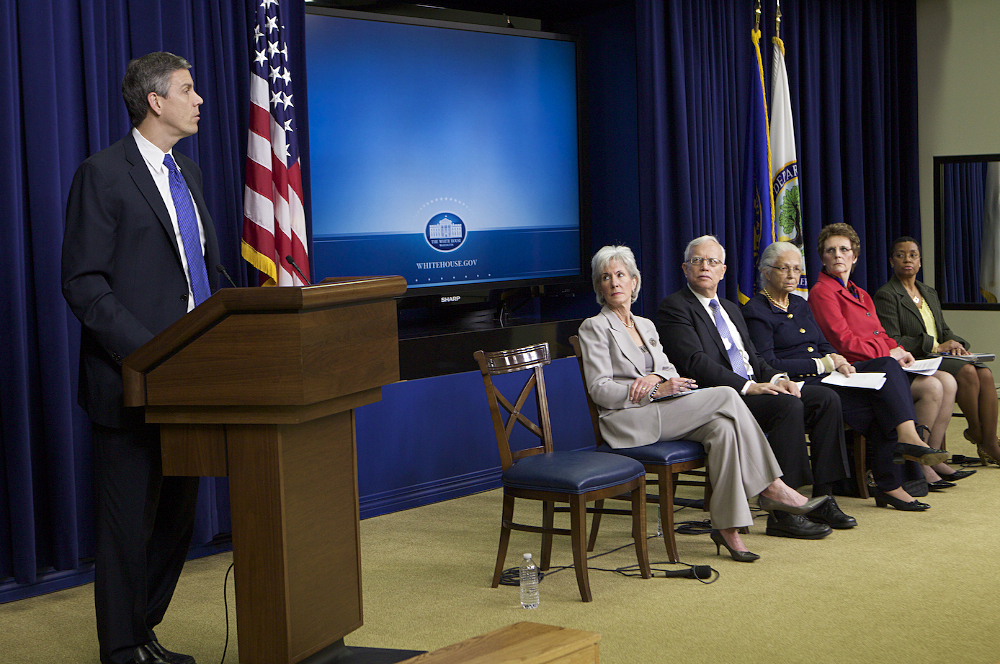 To apply for the grants, the Departments of Education and Health and Human Services asked states to create plans for early education programs that would give children from low-income families the strong foundation they need to be successful once they start school. Thirty-five states, Puerto Rico, and the District of Columbia applied for grants, and these nine were chosen based on the quality of their applications, and the funds available. Domestic Policy Council Director Melody Barnes, U.S. Secretary of Education Arne Duncan and U.S. Secretary of Health and Human Services Kathleen Sebelius announced the grantees at an early learning event at the White House last Friday.

President Obama had previously asked Congress to authorize a permanent Early Learning Challenge Fund as part of his budget. Unfortunately, Congress did not act on that proposal, so the Administration took action to ensure this program was funded this year through Race to the Top, because our kids only get one shot at a top-notch education and they cannot afford to wait.

The grants will support the nine states as they work toward closing the school readiness gap and developing new approaches to raising the bar across early learning programs, including Head Start, public pre-K, childcare, and private preschools. States will work toward creating standards, improving training and support for teachers and educators, and building evaluation systems into their early learning programs.

Learn more about Race to the Top.