December 20, 2011 at 5:47 PM ET by Alexia Kelley
Twitter Facebook Email
Summary:
Faith and community leaders from Chicago and across the region participate in the final 2011 stop on the White House Connecting Communities for the Common Good regional tour. 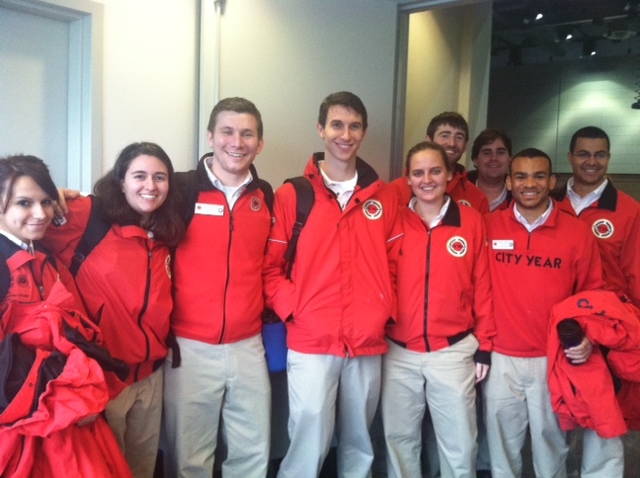 Chicago City Year members participate in conference, helping to make it a success for everyone. December 6, 2011.

Last week, faith and community leaders from Chicago and across the region participated in the final 2011 stop on the White House Connecting Communities for the Common Good regional tour.  The interactive conference was co-hosted by the White House Office of Faith-based and Neighborhood Partnershipsand the Office of Mayor Rahm Emanuel, and numerous Agency Faith-based and Neighborhood Partnership Centers.

“This notion of change through faith and community partnerships is rooted in President Obama’s DNA, and rooted in the DNA of this city,” noted Joshua DuBois as he opened the conference. “As many of you know and in fact saw firsthand, this President began his career in public life working with churches on the South Side to help families who were struggling.  So he knows full well that in order to serve the least, the last, and the lost in our country and our world, we have to partner with faith and community organizations…and that is what President Obama’s Office of Faith-based and Neighborhood Partnerships is all about.”

Mayor Emanuel noted that “so much of this city’s and country’s strength comes from the strength of its faiths. More than that, it comes from our ability to work together for the common good.” He continued, “by working together, by deepening our understanding of our common values and common destination, we can make this country a better place.” 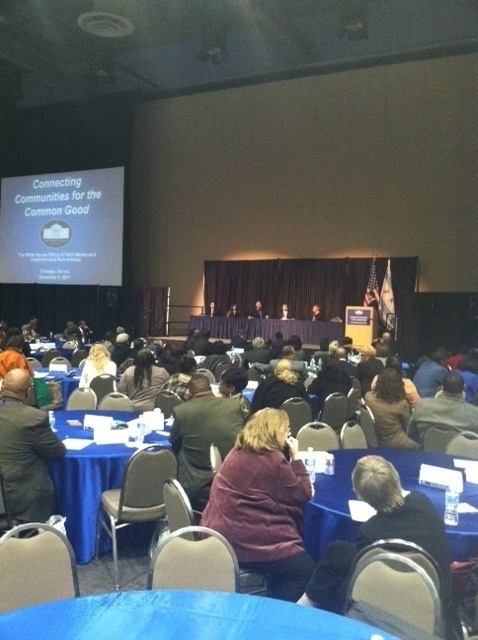 By working and learning from faith and community leaders in their own hometowns through the Connecting Communities for the Common Good 2011 conversations, The White House and its 13 Federal Partnership Centersfrom across the Obama Administration are coming alongside organizations doing critical work in communities around the country.