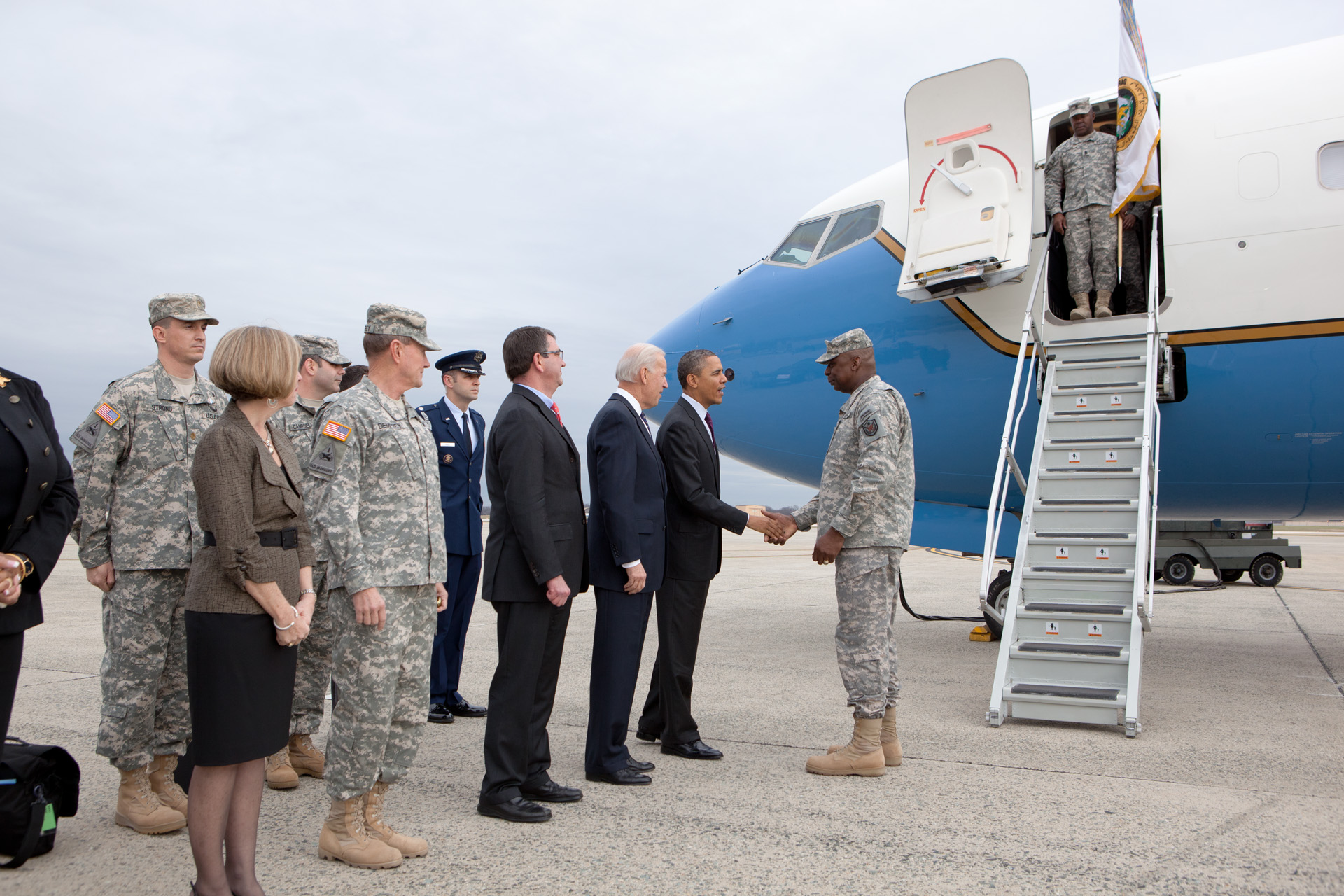 Five days ago, Secretary of Defense Leon Panetta was on hand in Baghdad to bring the mission in Iraq to its official end. The United States Forces-Iraq colors were lowered and flown out of the country in the official casing ceremony.

Today, President Obama and Vice President Biden were there as the colors returned home.

They were joined by General Martin E. Dempsey, the Chairman of the Joint Chiefs of Staff and some of the families of the final returning service members from Iraq.

One of those the group welcomed home was General Lloyd Austin, III -- the final commander of the U.S. in Iraq.

“I am truly humbled by your service and your many, many sacrifices,” he said.