December 30, 2011 at 3:15 PM ET by Rodney Lewis
Twitter Facebook Email
Summary:
Mrs. Terry Dougherty's program brings attention to the unique needs and sacrifices that the children of our military personnel endure for our country 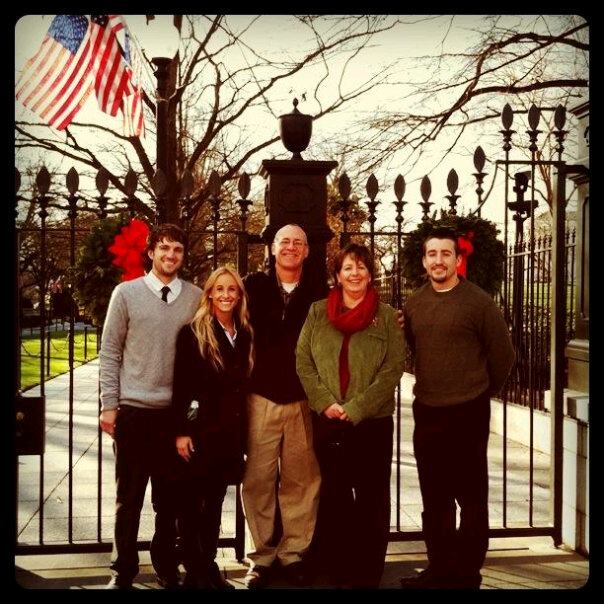 Mrs. Terry Dougherty is a third grader teacher at Roland Rogers Elementary School in Galloway Township, New Jersey and the national winner in the teaching challenge The Great American Teach Off sponsored by GOOD and The University of Phoenix. She was nominated by the Rotary Club of Absecon/Galloway NJ for the program she created three years ago, Free Military ChildTutoring: They are Heroes Too!

As a mother and a military spouse of thirty years, Mrs. Dougherty understands the separation and transition issues that these resilient children face and is making a difference by offering free tutoring services. This tutoring program gives military children of all branches of our Armed Forces the opportunity for one-on-one instruction in advanced lessons or remedial needs, which enables the children to experience success and a smooth transition in their new schools.

Her work brings attention to the unique needs and sacrifices that the children of our military personnel endure for our country. As Mrs. Dougherty said, “One of my goals through the whole process was to bring awareness that our military personnel are no longer only attached to large bases, especially as the Guard and Reserve are being activated. They are in our communities, they are our neighbors, and their children take a different path in life. I feel like I was able to give them a voice. We can never forget the sacrifices they are making.”

As The Great American Teach Off winner, Mrs. Dougherty was awarded a $10,000 classroom grant to create a mobile technology lab for children to communicate with their deployed parents that will also address science and math technology and literacy skills.

Mrs. Dougherty and her family visited the White House over the holiday season as guests of Joining Forces Executive Director, CAPT Bradley Cooper. Mrs. Dougherty was able to share her visit with her students. “It was such an honor and very humbling as we walked from room to room and were amazed at all the trimmings that honored our military and their families. I had an overwhelming feeling of pride and respect. At times I stopped and just cherished the moment so I could share my thoughts with the military children I have the privilege to teach. Throughout the day I sent pictures and spoke with my class and colleagues in New Jersey, so we could all be a part of this incredible experience.”