Champions of Change: A Latina in STEM

January 5, 2012 at 1:52 PM ET by Judit Camacho
Twitter Facebook Email
Summary:
Judit Camacho is honored as a White House Champion of Change for her work with women and STEM. 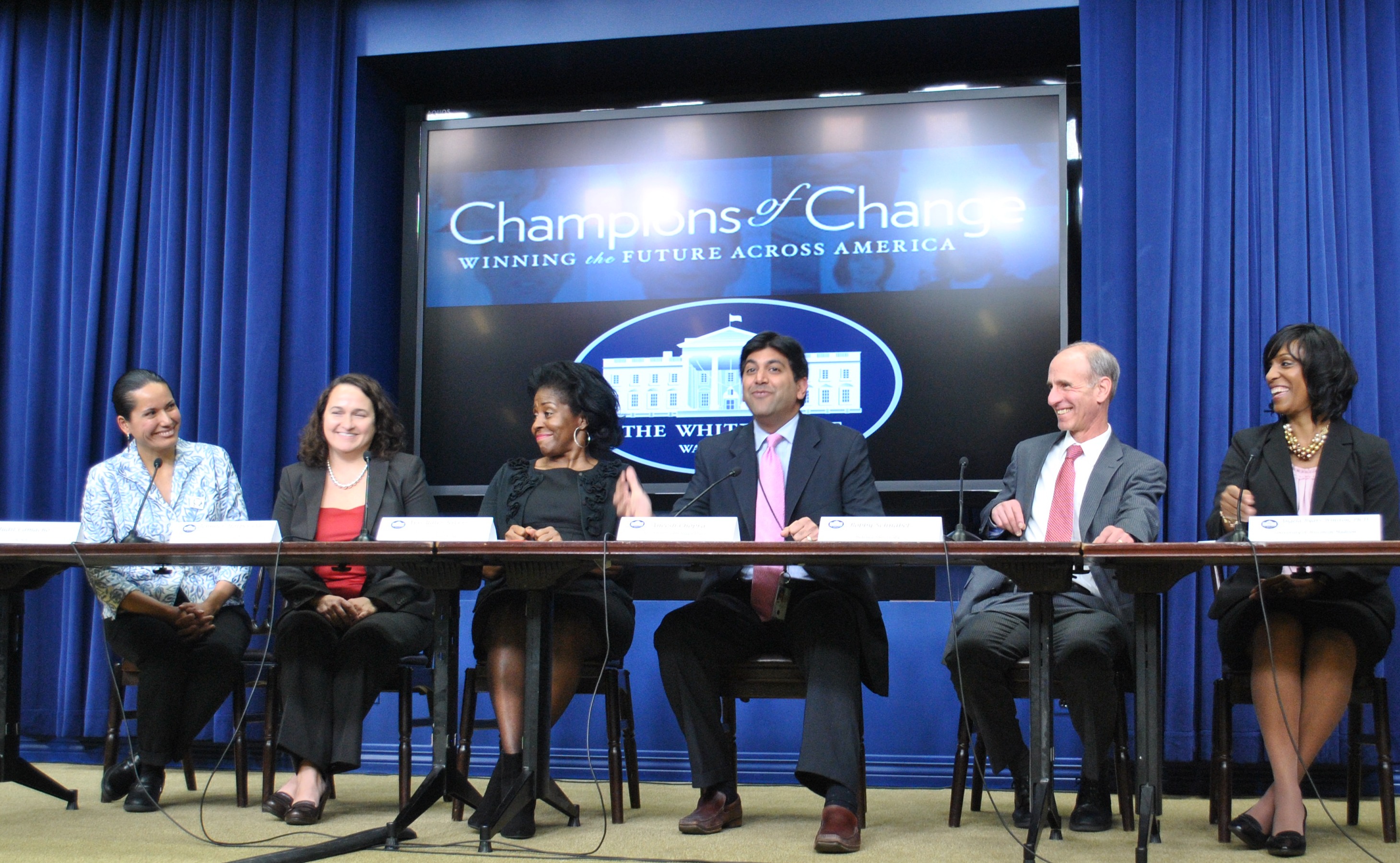 On December 9th, 2011 twelve local leaders in the effort to recruit and retain girls and women in science, technology, engineering, and math (STEM) fields were honored as White House Champions of Change. December 9, 2011. (by White House, Office of Public Engagement)

A dear friend of mine watched the live webcast of the “Champions for Change” panel. Afterwards she said to me, “Judit, you seemed so happy during the discussion. You smiled often. Were you looking at someone in the audience?”

I actually was. I was looking at two women who have inspired me for many years: Dr. Lydia Villa-Komaroff, a founding member of SACNAS and Dr. Yvonne Rodriguez, our Director of Programs. Having Lydia and Yvonne at the “Champions of Change” event was incredible—a way to honor both those who have come before and those who are leading the way.

The “Champions for Change” event was the first time that I have been recognized for my work as a woman working on behalf of women of color in STEM and an important step in my life as a woman, activist, leader, and mother. It also created a space at the national level for the continued and pressing dialogue about women in the STEM workforce. We are still a long way from parity in terms of representation of women in all fields of science, science leadership positions, salary equity, and in developing a healthy work/life balance. (I commend the National Science Foundation’s efforts in this direction with their Career-Life Balance Initiative.)

SACNAS plays an essential role supporting Hispanic, Chicano, and Native American women in achieving advanced degrees and positions of leadership in STEM through building a network of support and mentors. The forecast for change is hopeful. In addition to the established mentors at SACNAS like Lydia and Yvonne, there is a growing leadership of women in SACNAS chapters nationwide. For example, graduate students Patty Garcia at the University of California, Berkeley and Katrina Claw (Navajo) at the University of Washington are inspiring examples. They are thoughtful, forward thinking, strategic about bringing in resources, and catalyzing true change on their campuses.

Being part of such a distinguished group like “Champions for Change” was a profound honor both for me and for SACNAS. It is moving to be part of such an important community of peers, mentors, activists, and allies.

Judit Camacho is the executive director of SACNAS (Society for Advancement of Hispanics/Chicanos and Native Americans in Science).