January 5, 2012 at 2:18 PM ET by Matt Compton
Twitter Facebook Email
Summary:
President Obama discusses a major shift in the nation's strategic military objectives: moving away from the expansive wars in Iraq and Afghanistan and toward a different posture that emphasizes a new focus for the future. 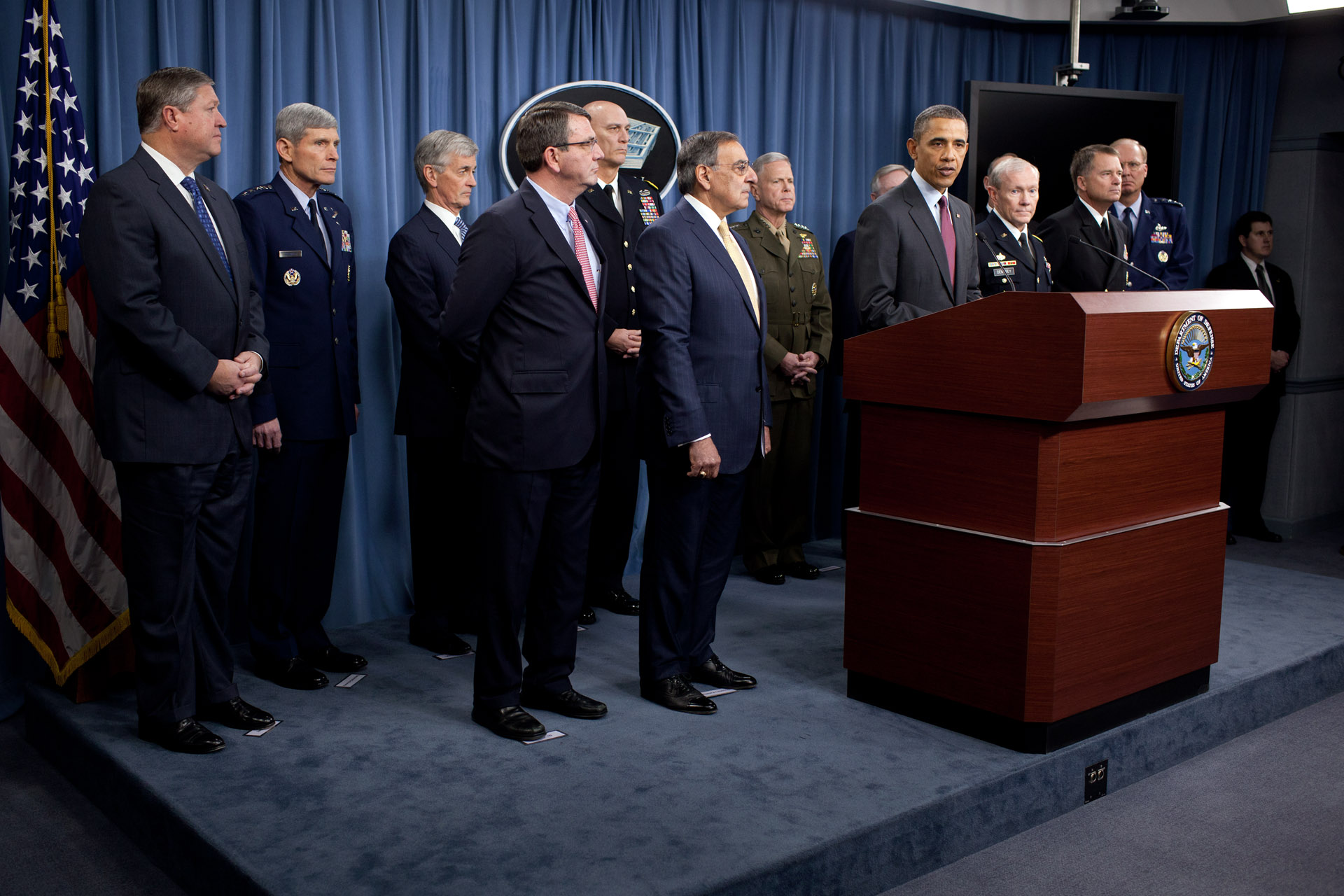 This morning, President Obama traveled to the Pentagon to discuss a major shift in the nation's strategic military objectives -- with a goal of moving away from the expansive wars in Iraq and Afghanistan and toward a different posture that emphasizes a new focus for the future.

This is what the President said from the Pentagon briefing room:

We will be strengthening our presence in the Asia Pacific, and budget reductions will not come at the expense of that critical region. We’re going to continue investing in our critical partnerships and alliances, including NATO, which has demonstrated time and again -- most recently in Libya -- that it’s a force multiplier. We will stay vigilant, especially in the Middle East.

As we look beyond the wars in Iraq and Afghanistan -- and the end of long-term nation-building with large military footprints -- we’ll be able to ensure our security with smaller conventional ground forces. We’ll continue to get rid of outdated Cold War-era systems so that we can invest in the capabilities that we need for the future, including intelligence, surveillance and reconnaissance, counterterrorism, countering weapons of mass destruction and the ability to operate in environments where adversaries try to deny us access.

So, yes, our military will be leaner, but the world must know the United States is going to maintain our military superiority with armed forces that are agile, flexible and ready for the full range of contingencies and threats.

The President also outlined another important objective -- ensuring those who wear the uniform of the United States receive the care and the benefits they've earned:

We’re also going to keep faith with those who serve, by making sure our troops have the equipment and capabilities they need to succeed, and by prioritizing efforts that focus on wounded warriors, mental health and the well-being of our military families. And as our newest veterans rejoin civilian life, we’ll keep working to give our veterans the care, the benefits and job opportunities that they deserve and that they have earned.