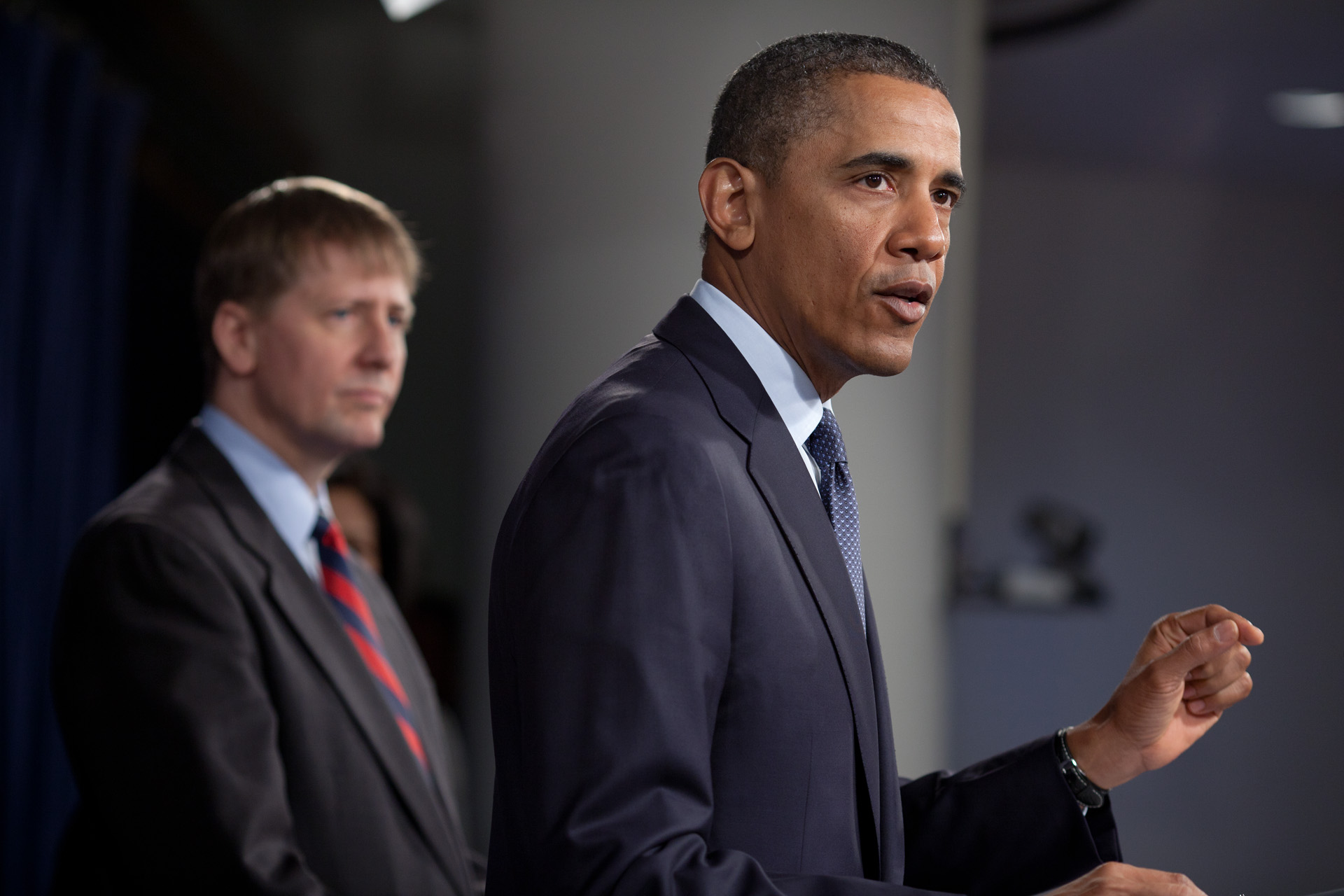 Two days after appointing Richard Cordray to head the Consumer Financial Protection Bureau, President Obama headed over to the CFPB offices to help staff welcome their boss and talk about the day's economic news.

This morning, we learned that American businesses added another 212,000 jobs last month. Altogether, more private sector jobs were created in 2011 than any year since 2005. And there are a lot of people that are still ... hurting out there. After losing more than 8 million jobs in the recession, obviously we have a lot more work to do. But it is important for the American people to recognize that we’ve now added 3.2 million new private sector jobs over the last 22 months -- nearly 2 million jobs last year alone. So after shedding jobs for more than a decade, our manufacturing sector is also adding jobs two years in a row now.  So we’re making progress. We’re moving in the right direction.

But as the economy starts to rebound, the President said, we have a responsibility to do more than just get back to where we were before the financial crisis. We have to remake the system so that the middle class knows that hard work pays off, that everyone plays by the same set of rules.

And he told the staff at CFPB:

[That’s] where all of you come in. Every one of you here has a critical role to play in making sure that everybody plays by the same rules. To make sure that the big banks on Wall Street play by the same rules as community banks on Main Street. To make sure that the rules of the road are enforced, and that a few bad actors in the financial sector can’t break the law, can’t cheat working families, can’t threaten our entire economy all over again.

That’s your mission –- to make sure that the American people have somebody in their corner. That American consumer have somebody who’s got their back. And you finally got a great director who was tailor made to lead this agency in Richard Cordray.

It's also worth mentioning that editorial boards across the country continue to offer support for the President's decision to appoint Cordray. Here are two more great examples.

American consumers have another watchdog in their corner, finally.

President Barack Obama did what he had to do, bypassing the Senate to appoint Richard Cordray, a former Ohio attorney general, as the first director of the Consumer Financial Protection Bureau.

The recess appointment will enable the bureau to do its job of protecting Americans from abuses by banks, payday lenders, and mortgage-loan and student-loan providers. And it puts obstructionist Republican lawmakers on notice that there are limits to how much the President will be pushed around.