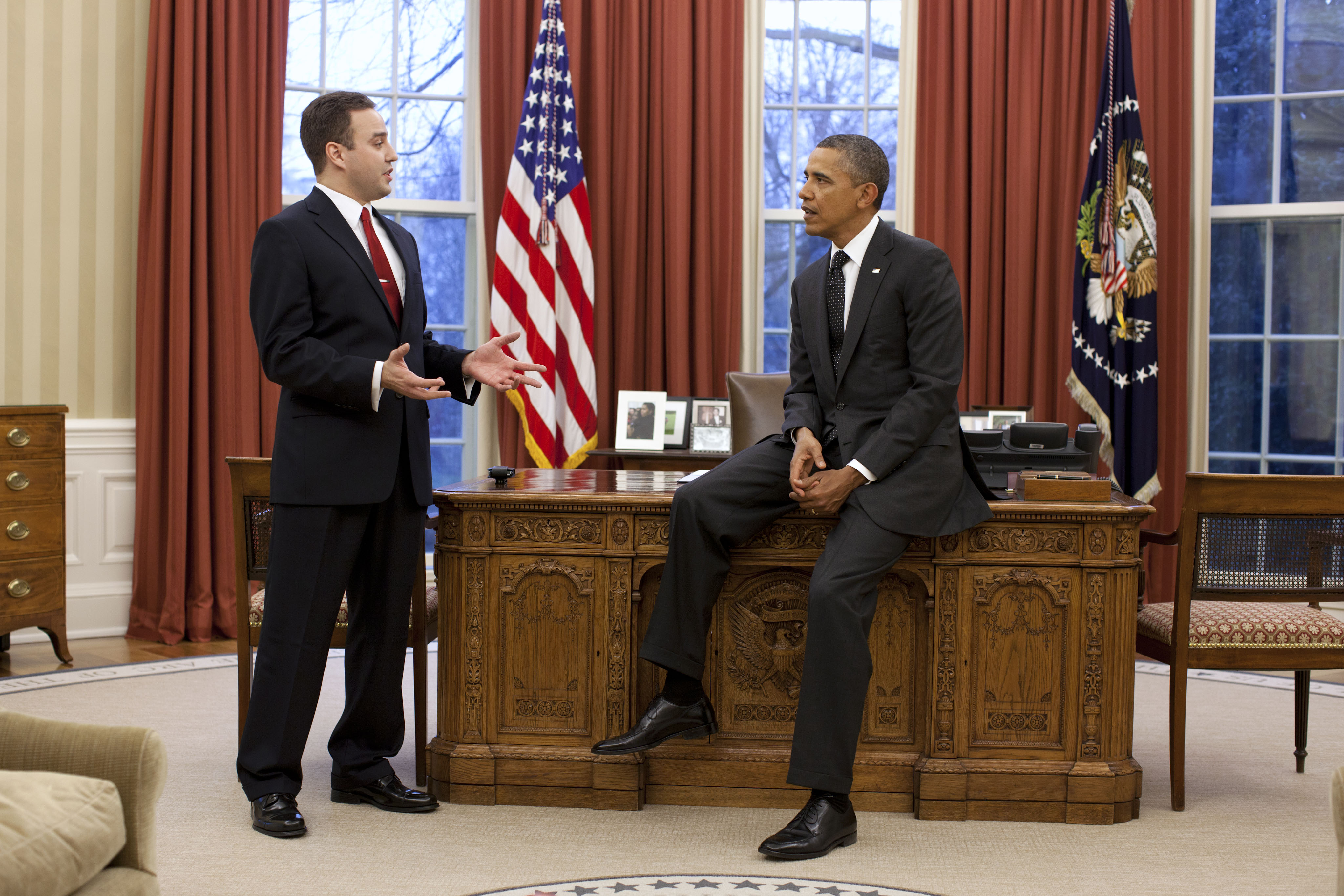 President Barack Obama talks with Matthew Ritsko, the winner of the 2011 Presidential Securing Americans' Value and Efficiency (SAVE) award, in the Oval Office, Jan. 9, 2012. Ritsko, a financial manager at NASA's Goddard Space Flight Center, proposed the space agency create a "lending library" where specialized space tools and hardware purchased by one NASA organization will be made available to other NASA programs and projects. (Official White House Photo by Pete Souza)

From the start of the Administration, President Obama has been committed to delivering the American people an efficient, effective government that cuts waste and uses taxpayer dollars wisely. Recognizing that frontline federal workers know best where the waste is, he has made federal employees an essential partner in that effort.

In 2009, the President launched the SAVE Award – an annual contest to enlist frontline Federal workers in the effort to cut waste and make government work better for the American people. This year, we received nearly 20,000 entries, and 48,000 votes were cast rating the ideas. Last November, the American people then voted on a final four of the best ideas, and the winner was Matthew Ritsko of Crofton, Maryland. Today, Matthew came to the Oval Office to discuss his idea with the President.

Matthew is a Financial Manager at NASA’s Goddard Space Flight Center. During his six years at Goddard, Matthew noticed that when NASA employees purchase specialized tools for building and developing flight projects, many of the tools are not tracked once projects are completed, leading to wasted funds and duplicative purchases. To cut down on repeat purchases, Matthew suggested that Goddard create a centralized tool repository – or “lending library” – where these tools can be stored, catalogued, and checked in and out by employees.

It’s a simple, intuitive idea that will have a real impact. In fact, NASA estimates that building this type of lending library will save millions of dollars in the years to come. And Matthew has heard from other Federal employees across the Administration interested in implementing his idea in their own agencies.

And while Matthew won this year’s contest, we also want to recognize the thousands of Federal workers who stepped up and submitted valuable cost-cutting ideas about how to improve the way their agencies do business. Ideas from federal employees through SAVE submissions have savedhundreds of millions of dollars already. They set a high bar for all Federal employees, reminding us that each of us has a role to play in delivering the American people the effective, efficient government they deserve.