January 10, 2012 at 6:01 PM ET by Nafeesa Owens
Twitter Facebook Email
Summary:
The President recently proclaimed January National Mentoring Month, a tribute to the many selfless Americans who devote themselves to the important educational endeavor of mentoring. 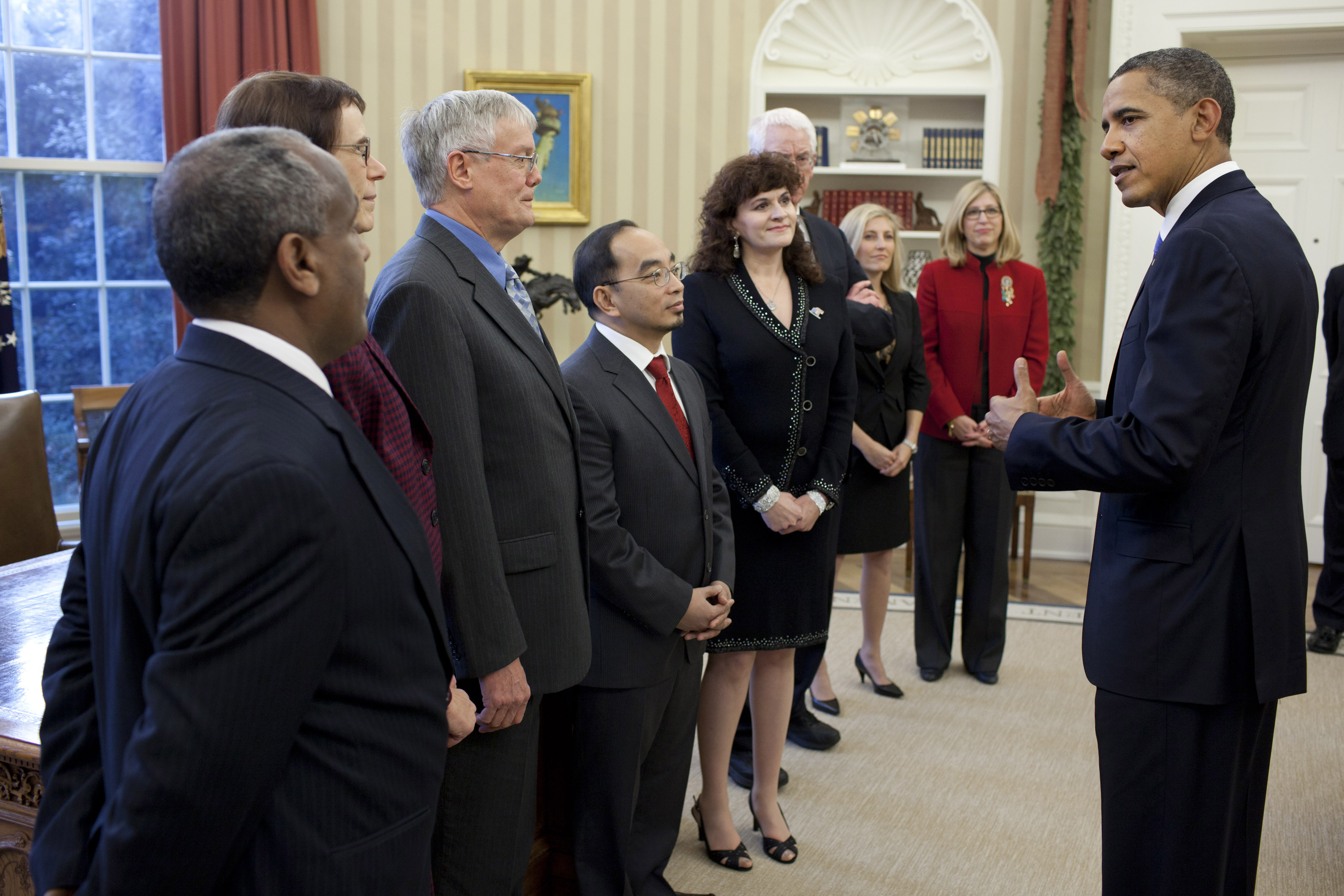 President Barack Obama greets the 2010 (above) and 2011 (below) Presidential Awards for Excellence in Science, Mathematics and Engineering Mentoring recipients in the Oval Office, Dec. 12, 2011. (Official White House Photos by Pete Souza) December 12, 2011. (by Pete Souza) 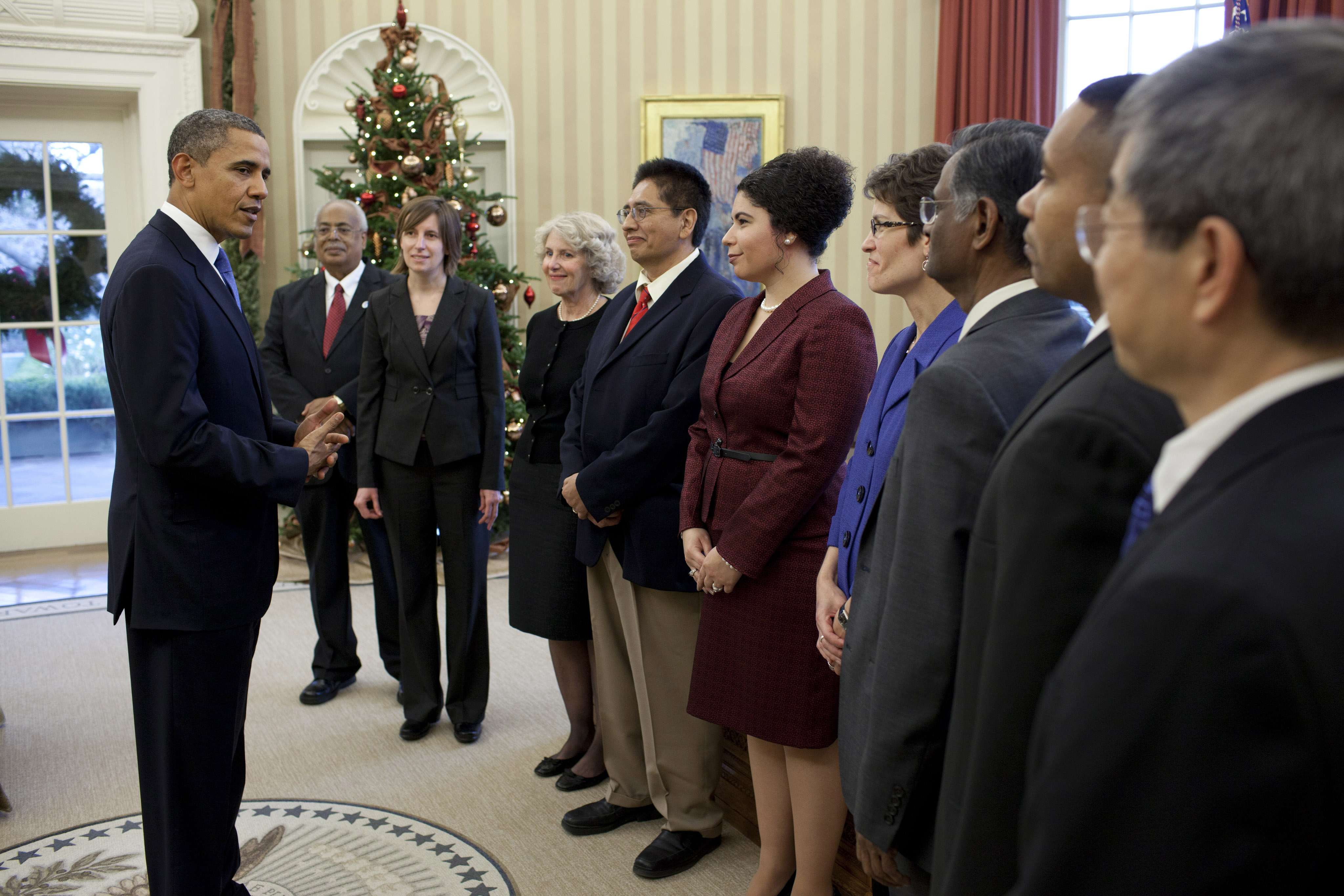 The President recently proclaimed January National Mentoring Month, a tribute to the many selfless Americans who devote themselves to the important educational endeavor of mentoring. His proclamation came on the heels of his recent personal recognition of 17 individuals and organizations who, at a White House ceremony in December, were awarded the Presidential Awards for Excellence in Science, Mathematics and Engineering Mentoring (PAESMEM).

The PAESMEM program, administered by the National Science Foundation (NSF), identifies outstanding individuals or programs that, through mentoring, enhance the participation and retention of students in science, technology, engineering, and mathematics (STEM) classes—especially students who are members of groups underrepresented in the sciences, including persons with disabilities, women, and minorities.

President Obama met with the winners of the 2010 and 2011 PAESMEM in the Oval Office on December 12.  Afterwards, at a ceremony led by OSTP Director John Holdren and National Science Foundation Director Subra Suresh, the awardees received letters of congratulations from the President, thanking them for their dedication to education and innovation. In his letter, the President noted that the awardees’ efforts to inspire young people to reach new heights brings the Nation closer to achieving a community of scientist, engineering and mathematicians that reflects the full diversity of our union.

The ceremony and meeting with the President were part of two days of educational and recognition activities for the awardees in Washington, D.C., last month. In addition to the trip to Washington, D.C., each received a monetary award from NSF to support future mentoring endeavors.

OSTP congratulates the individuals and organizations recognized with this prestigious honor and encourage others to invest in our Nation’s future by helping children discover the best in themselves as they pursue their education. For information and resources about mentoring opportunities, visit: www.Serve.gov/Mentor.