January 16, 2012 at 8:00 AM ET by Joshua DuBois
Twitter Facebook Email
Summary:
Joshua DuBois, Special Assistant to President Obama and Executive Director of The White House Office of Faith-based and Neighborhood Partnerships, reflects on his participation in a United States Oath of Allegiance Ceremony at The King Center in Atlanta, Georgia. 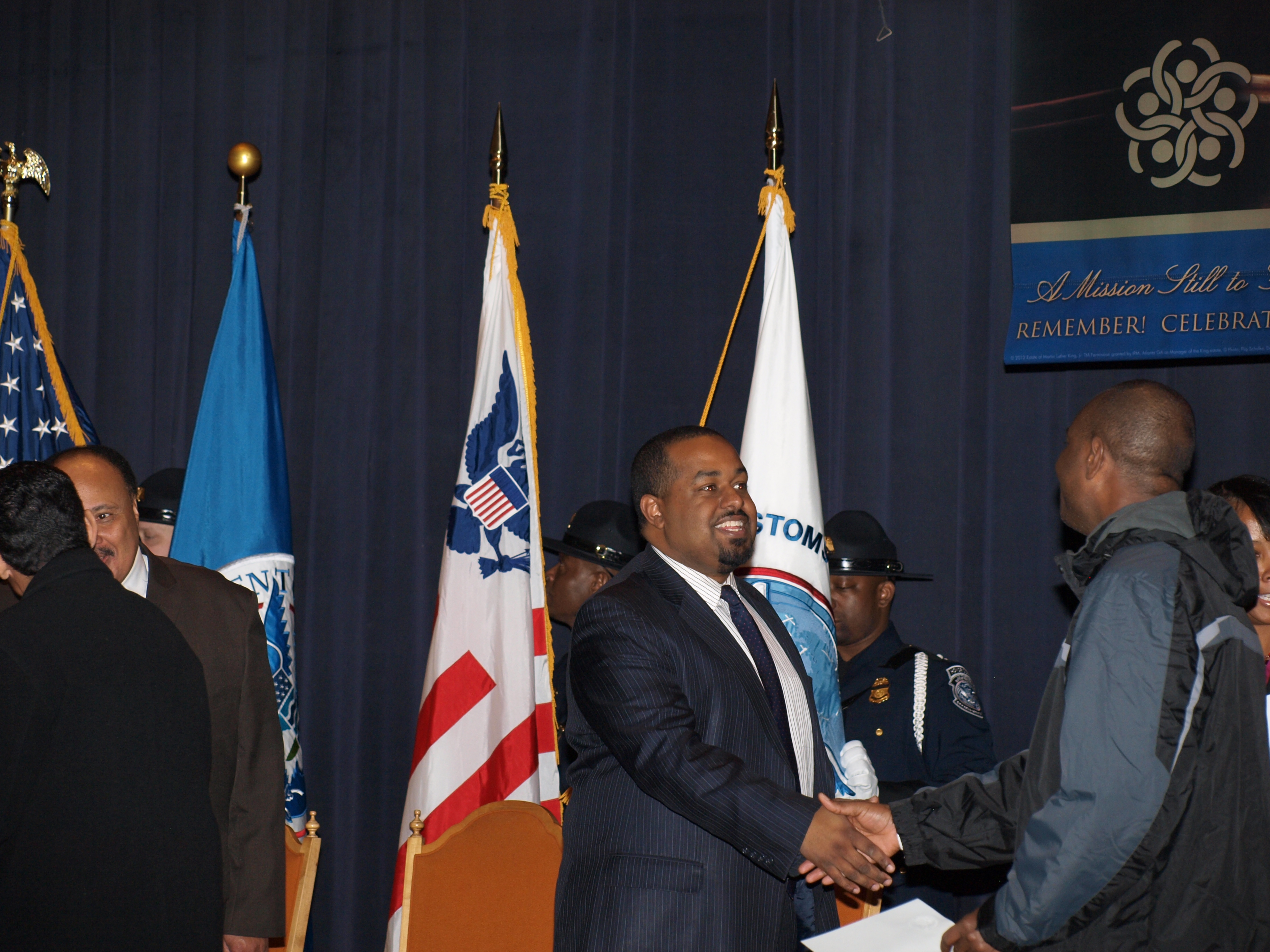 Joshua DuBois, Special Assistant to President Obama and Executive Director of The White House Office of Faith-based and Neighborhood Partnerships, greets individuals who took the oath of citizenship to become naturalized U.S. Citizens. January 13, 2012. (by USCIS)

I recently had the distinct honor of celebrating Dr. Martin Luther King Jr.’s legacy with Martin Luther King, III and 100 new American citizens at the King Center in Atlanta, Georgia. It was an extraordinarily meaningful moment to pay tribute to the life and legacy of Dr. King at the naturalization ceremony and also these newly minted Americans and their families. Every year, the King Center hosts this ceremony for immigrants as they complete their path to becoming United States citizens.

In a 1961 speech, Dr. King spoke of his dream for America as “a land where men of all races, of all nationalities and of all creeds can live together as brothers.” Dr. King celebrated our nation’s diversity and recognized that our differences made us stronger. His faith in a God who loves all His children and a nation grounded in the promise of equality kept him focused on the fight for all he knew American was capable of.

Today, a new group of American citizens became part of a long tradition of immigrants who came before them – immigrants who came to America with a dream, much like Dr. King’s, to make this country and our world a better place.  These candidates for naturalization representing more than 40 countries proudly took the oath of citizenship. And while each of them followed their own unique path to American citizenship, their passion for America and their excitement as they took the important step was inspiring.  Like the President and Dr. King, they believe in the promise of America. They value the importance of freedom and democracy and are united by their embrace of the United States. To me, they are living examples of the American dream.

Dr. King’s legacy continues to inspire people around the world, and America continues to progress toward his vision of equality. We are a beacon of hope and opportunity for immigrants, and we must champion the promise of the American dream for all citizens of the United States. Immigrants have shaped our nation and continue to enrich the American experience. I wish them all the best as they make the American dream their own.

Joshua DuBois is the Special Assistant to President Obama and Executive Director of The White House Office of Faith-based and Neighborhood Partnerships.