The President and First Lady Welcome the St. Louis Cardinals to the White House

January 17, 2012 at 9:26 PM ET by Megan Slack
Twitter Facebook Email
Summary:
President Obama said the Cardinals are the “the greatest comeback team in the history of baseball” 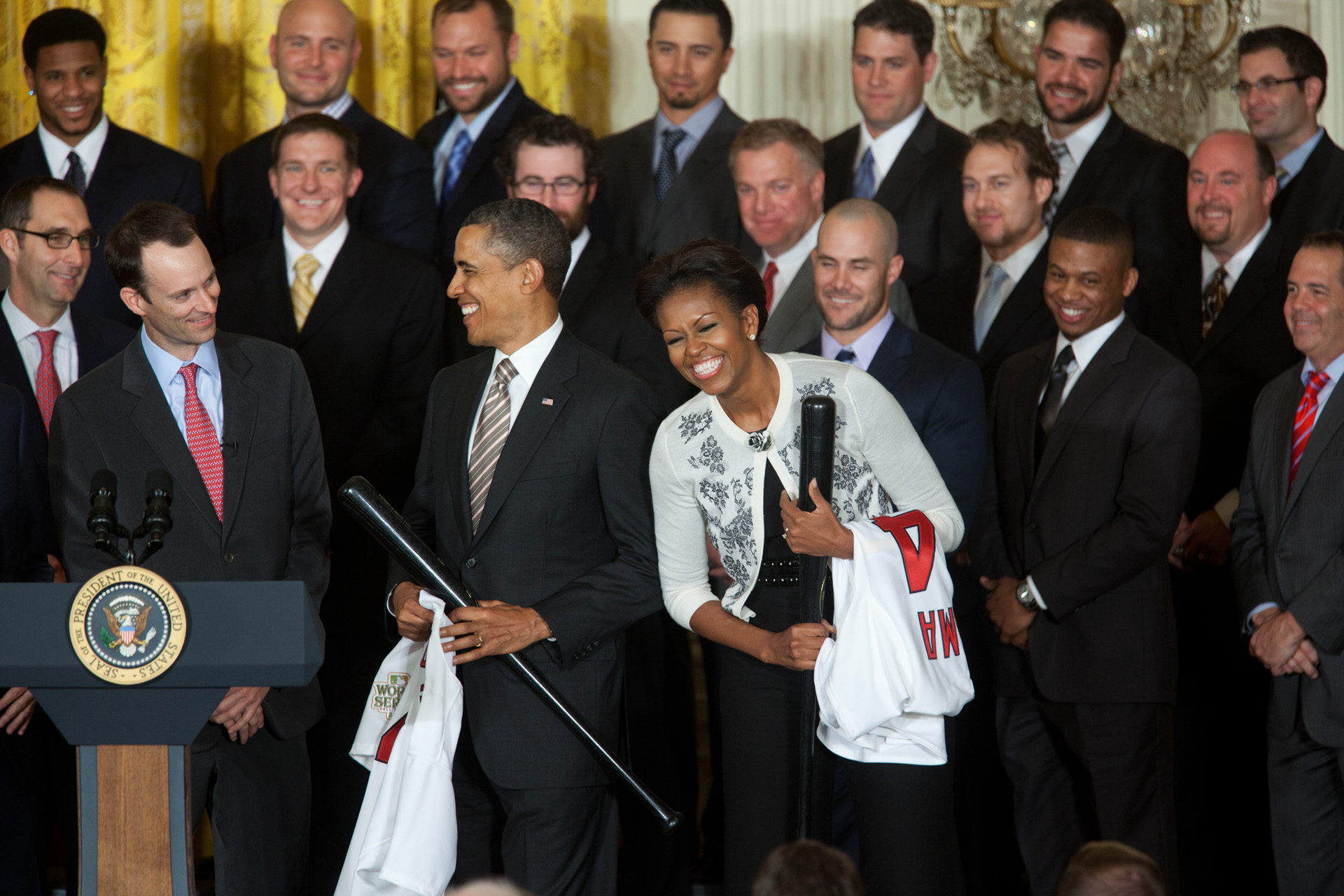 Today, the President and First Lady hosted the St. Louis Cardinals at the White House to congratulate the team on its World Series win last year.

The Cardinals, who President Obama called “the greatest comeback team in the history of baseball,” made the playoffs after rallying from a ten and a half game deficit with just 31 games left in the regular season. At one point, the team had less than a 4 percent chance of even making the playoffs.

The Series itself was an unforgettable one, the President said:

Of course, the most memorable moment was Game Six of the World Series.  I’ve got to say, that has to be one of the best baseball games of all time. Unbelievable game.  I will tell you guys, I had a bunch of early-morning stuff the next day, and you kept me up.  It was painful waking up the next morning.  But what an incredible game.

The First Lady admitted that although she is a Cubs fans, celebrating the Cardinals’ World Championship is a little easier because of all the work the team does in their community, and especially for military families. Game 1 of the World Series was dedicated to military families, a game the First Lady and Dr. Jill Biden traveled to St. Louis to watch.

Watch a video of their trip to St. Louis, and learn more about Major League Baseball’s support of the Joining Forces Initiative.