Thousands of Jobs for Our Nation’s Veterans

January 19, 2012 at 11:53 AM ET by Brad Cooper
Twitter Facebook Email
Summary:
The Department of Veteran Affairs hosted a major Veteran-focused career fari and exposition in Washington, D.C. in an effort to expand employment opportunities for America's Veterans. 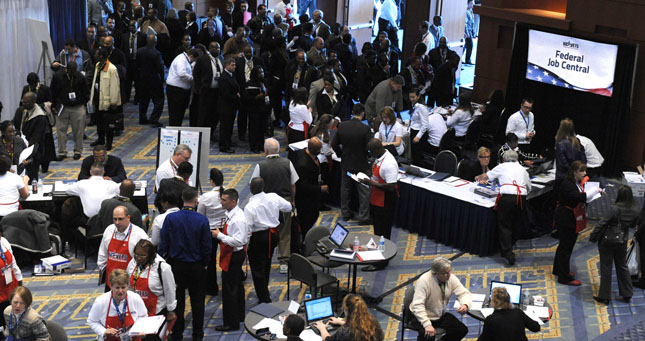 Veterans and Servicemembers line up to apply for thousands of public and private sector job opportunities at a major career fair hosted by VA January 19, 2012.

Earlier today, I had the great privilege of joining Secretary Shinseki, the Secretary of Veterans Affairs, hundreds of members of his team, along with public and private sector employers -- all committed to do one thing: HIRE OUR NATION’s VETERANS.

Answering the President’s call to expand employment opportunities for America’s Veterans, the Department of Veterans Affairs hosted a major Veteran-focused career fair and exposition in Washington, D.C. This was an enormous event – government agencies and more than 25 companies from the private sector came to the expo with thousands of jobs available to our nation’s veterans. The majority of the jobs were generated from First Lady Michelle Obama and Dr Jill Biden’s “Joining Forces” initiative, an effort aimed to energize the private sector, including businesses and non-profits, to support our nation’s veterans, service members and military families.

In addition to the employment component of the expo, the VA also offered support for veterans to better understand and use the post-9/11 GI Bill. The VA also provided on-site assistance with resume writing and counseling services, while showcasing its VA for Vets program, which provides first-in-class online “high-tech” and “high touch” approach to recruiting, hiring, and reintegrating Veterans into civilian careers. 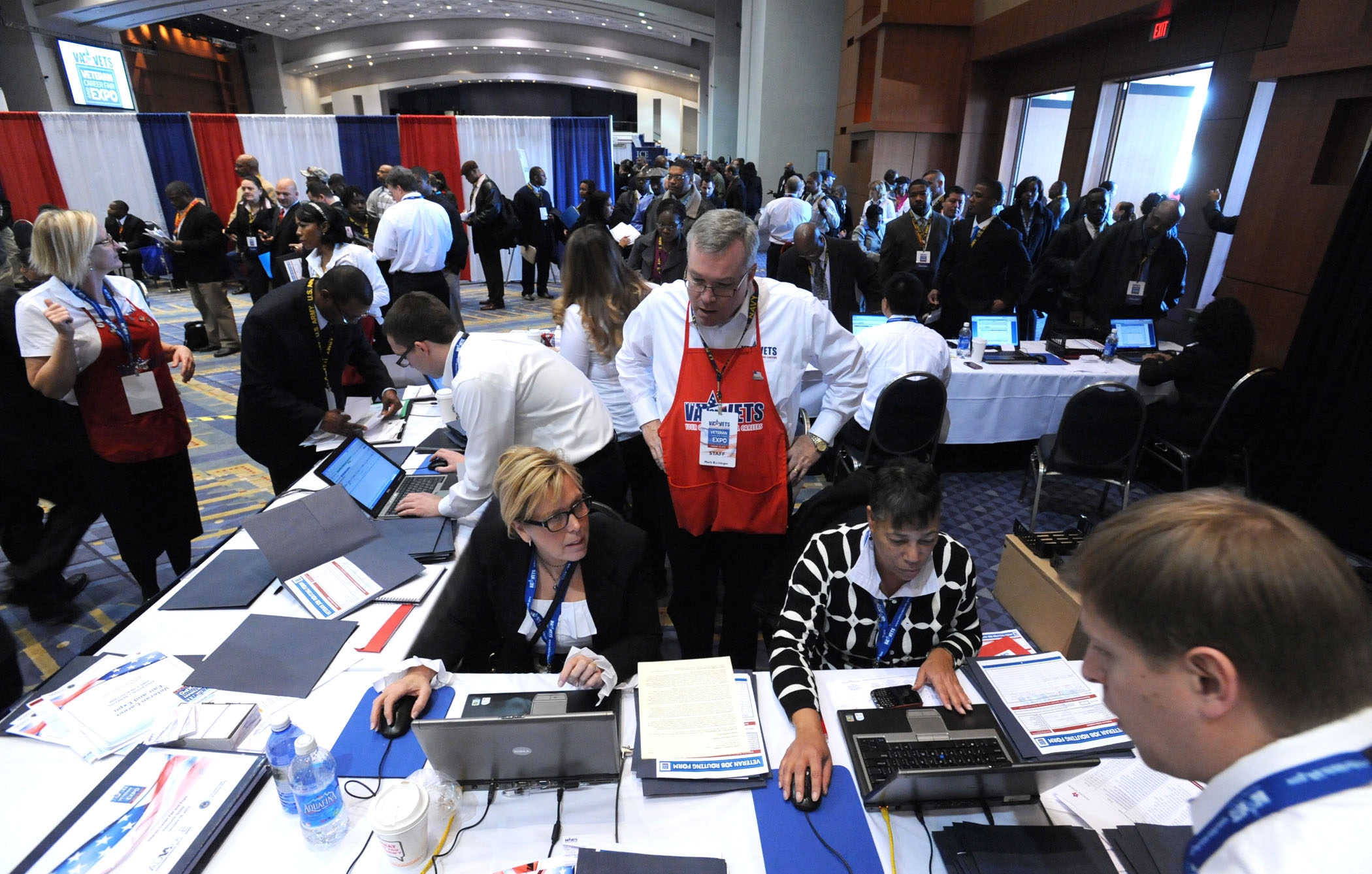 It was an incredible event – high energy and high impact. I lost track of the number of interviews that employers were already offering…and veterans were being hired on the spot.

Reducing veteran unemployment will be a team effort that requires us all to “join forces” – it will take a continued push from the federal government and engagement from the private sector. But with more events like today – a great public-private teaming effort lead by the VA – complemented by broader efforts with companies big and small throughout this nation committing to hire our nation's heroes, we will surely have a positive impact on the lives of tens of thousands of our veterans in 2012.

Brad Cooper is Executive Director of Joining Forces in the Office of the First Lady.