Start Over? Rebuild? Yes We Did

January 25, 2012 at 1:30 PM ET by Sister Jennie Jones, SFF
Twitter Facebook Email
Summary:
After the tragedy of Hurricane Katrina, Sister Jones -- a lifelong educator, and the students of Saint Mary's Academy, found renewed faith in their ability to rebuild. 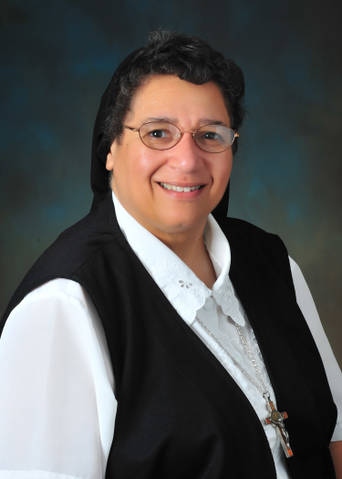 I have always loved God and trusted that “I can do all things through Christ who strengthens me”. On August 28, 2005, my faith in God, my strength, and my desire to face reality were challenged by Hurricane Katrina. After looking at the news the day before, and realizing we may be asked to evacuate again, I thought of our 35 new computers that had just been set up and spent the morning making sure they were well covered with plastic.  Everything else seemed to be in place and protected. We had several thousands of dollars of new text books but they were well protected in the bottom lockers, on the first floor of the main building. After a final walk though, I went home to pack one or two sets of clothes and prepared to get up early the next morning to leave New Orleans for one or two days until the weather cleared up.

Within the next two weeks, we to visited our beloved St. Mary’s Academy (SMA), a private, Catholic all girls’ college preparatory school founded (1867) and administered by the Sisters of the Holy Family. Upon arriving, the city had an awful smell, and gave me an eerie feeling. There were no cars, no people, and no sounds. The biggest shocker of all was when I exited to Chef Menteur Highway, where our Motherhouse and St.  Mary’s Academy had taken on seven feet of water.  Everything was brown giving the impression that a bomb had been dropped. At that time the city was talking about making our area green space. They felt it was too risky to rebuild. Too risky? – What would become of our girls?

As hopeless as it looked, we knew the mission of St. Mary’s Academy had to live on. With that in mind, in January of 2006, five months after Katrina, St. Mary’s Academy merged with two other African American Catholic High Schools – St. Augustine (all boys’ school) and Xavier Prep (all girls) to form the MAX High School (St. Mary’s Academy, St Augustine and Xavier Preparatory). Classes were held on the campus of Xavier Prep from January 2006 – May 2006. With an enrollment of over six hundred, the healing and the dream of re-building began. In August of 2006, as part of a generous gift from the Archdiocese of New Orleans, St.  Mary’s Academy started over at St. James Major School. We prayed for two hundred students to help meet our financial responsibilities.  We expanded our curriculum and program to include classes from K to 8th, to accommodate students and families displaced by the Hurricane. Operating with 620 students, SMA successfully assisted many of the city’s displaced youth.

With the help of FEMA, the State of Louisiana and volunteers from across the United States, in the fall of 2007, St. Mary’s Academy returned to its Chef Menteur Highway campus, in a temporary facility provided by FEMA. Today, six years later, the middle and high school students are enjoying SMA's beautiful, new, state-of-the-art building. The green space is now the home of a $ 32 million school.  REBUILD, YES WE DID!

Sister Jennie Jones has been a Sister of the Holy Family for 42 years. She has served as a school principal for 27 years at various Catholic schools; most recently, Sr. Jones had the opportunity to rebuild the campus of her Alma Mater, St. Mary’s Academy, in New Orleans.