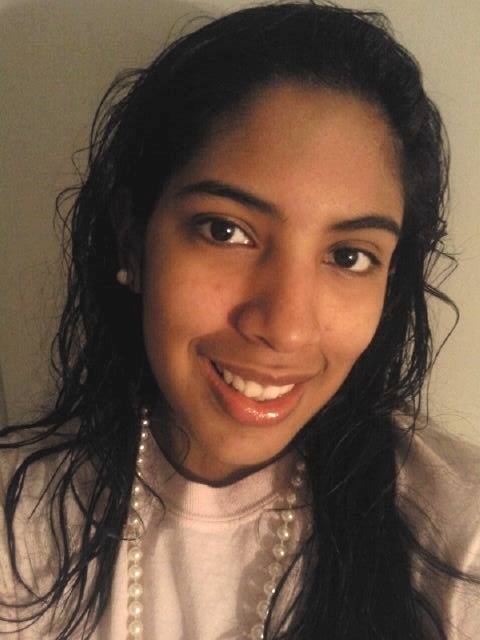 Being involved in activities, sports and taking the initiative in being a leader in my community were things I just did because I felt I should do something productive with my time. Whenever I get involved in my community I try to convince other people to join me because it is so much more fun when community service is done in groups. I would have never thought I would receive an award for all of the little things I do in my community. Mother Teresa said “What we are doing is just a drop in the ocean. But if that drop was not in the ocean, I think the ocean would be less because of that missing drop.” Mother Teresa does have a point; every little thing we do to better our community does make a big difference in the future.

Ever since I was little I always wanted to do something for the betterment of my community. I did not know how to start until an opportunity arose during the summer before my sophomore year. I attended a program called AMYLA, and the manager of the program gave me the idea of starting a day camp for children in the community.  If the program was going to happen, it would have to be my responsibility to start it and organize it. I was frightened at first, because how could a 14-year-old start a day camp all by herself?  But after doing a little bit more thinking about it, I was convinced to take on this challenge and make the community better with this day camp. After taking the initiative to organize and the responsibility of being camp manager, the day camp was a dream come true. The day camp had 10 children, a good number for the first year.

When that summer had passed, I realized I had the capacity to do whatever I wanted to if I put my mind to it. After the day camp, I felt like I should get more involved in my school community. I started signing up for extracurricular activities. My sophomore year, I applied to the International Baccalaureate Diploma Program and participated in volleyball and stage crew. Being involved in my school community felt great because I felt like I was a part of something bigger than myself.

Entering my junior year, I wanted to participate in more activities and be productive after school. I was involved in Carroll Food Drive, volleyball, basketball, Augustinian Scholars, Peer Ministry, National Honor Society, lacrosse, the International Baccalaureate Diploma Program, mentoring and stage crew. I was juggling all these extracurricular activities during the year. During my senior year, I am still involved in these extracurricular activities. I always invite friends to do activities with me. We as students can make small changes that can better our community.

I hope I can inspire other teenagers to take the initiative to be leaders in their community and go above and beyond. It is never too early to start making a change in your community. Do not let negative ideas such as 'you’re too young' affect what you want to do in your community. We as teenagers are responsible for the future, and we can make a difference.

Bertha Castenda serves is a senior at Archbishop Carroll High School in Washington, D.C., where she maintains a 4.0+ GPA in the International Baccalaureate Diploma Programme, one of the toughest college prep curriculums available world-wide. .