January 30, 2012 at 6:47 PM ET by Matt Compton
Twitter Facebook Email
Summary:
The leaders discuss relations between the two countries, Georgia's contributions to the military operation in Afghanistan, and the potential for a free trade agreement between the United States and Georgia. 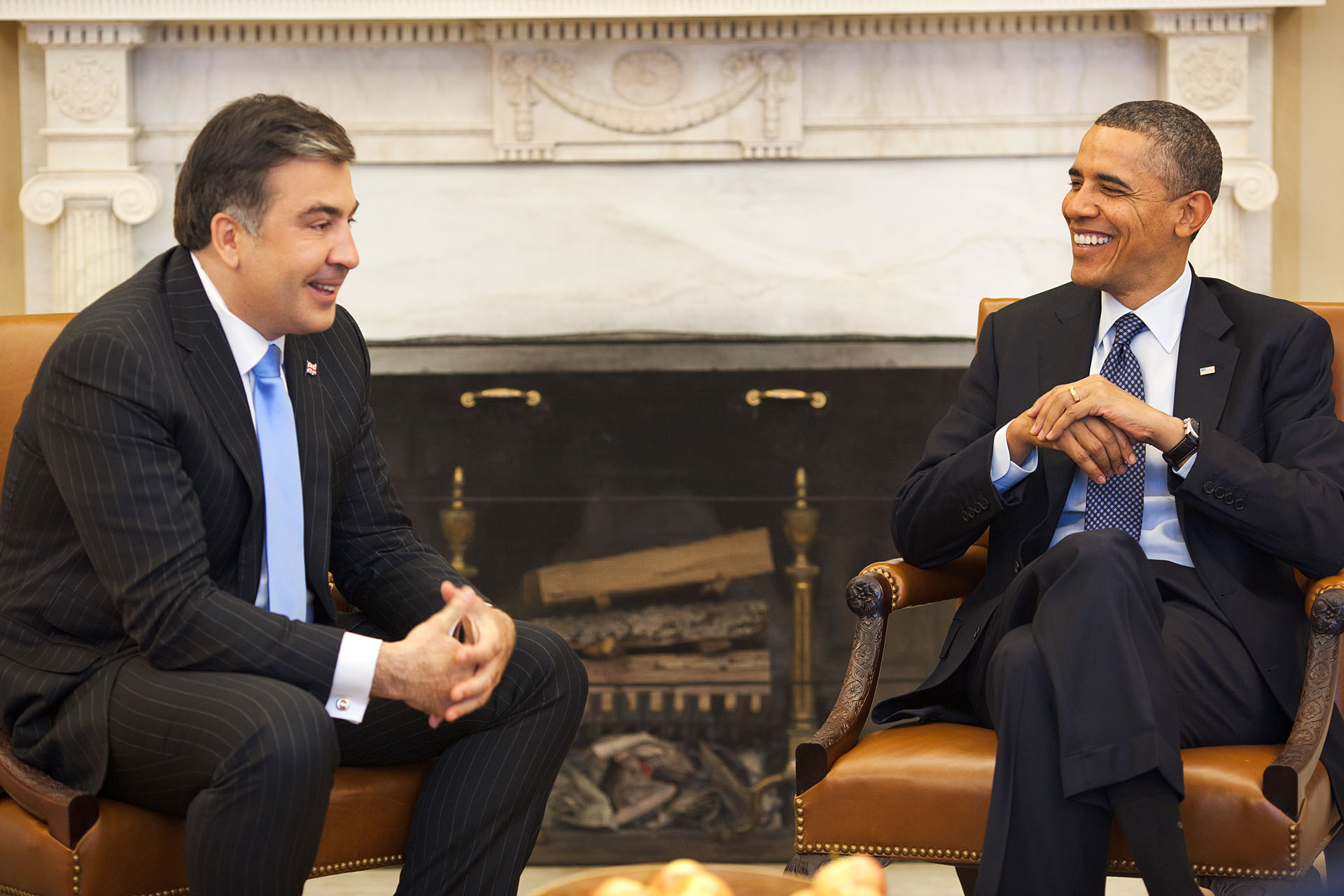 Georgian President Mikheil Saakashvili was at the White House today for a meeting with President Obama. The leaders discussed relations between our two countries, Georgia's contributions to the military operation in Afghanistan, and the potential for a free trade agreement between the United States and Georgia.

In recent years, commerce between the two countries has been increasing, and President Obama described the potential free trade agreement agreement as a "win-win":

Obviously, there’s a lot of work to be done and there are going to be a lot of options that are going to be explored. The key point, though, is we think it’s a win-win for the United States and for Georgia as we continue to find opportunities for businesses to invest in Georgia, for us to be able to sell Georgia our goods and services, and Georgia to be able to sell theirs as well.

Georgia is one of 50 nations helping to fight the war in Afghanistan, and a point President Obama also took the time to note.

"They have been one of the most dedicated contributors outside of NATO to the ISAF effort," he said, "And in fact have taken on some significant casualties as a consequence of those efforts."

Today's meeting marked the 20th anniversary of diplomatic relations between the two countries.