January 31, 2012 at 11:15 AM ET by Abdi Roble
Twitter Facebook Email
Summary:
Abdi Roble is the Founder and the Executive Director for the Somali Documentary Project, a nonprofit dedicated to archive the Somali Diaspora worldwide, educate the hosting communities and advocate for the plight of the refugees. 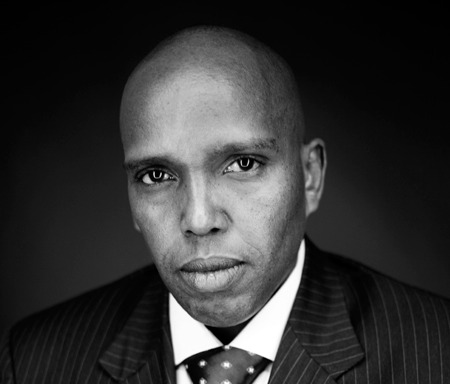 Not long after the civil war broke out in Somalia, I began to see a great number of Somali people coming to Columbus, Ohio where I lived.  Columbus is a welcoming place, and at the time, jobs were available.  Still, the Somalis and the main stream communities did not immediately understand or adjust to each other.  As the numbers began to increase, I began to ask myself how I could help these people from my homeland.  I was not a doctor, a psychologist or a social worker; I was a photographer with a desire to help.

As people from Somalia kept coming, I formed the Somali Documentary Project (2003).  The mission of SDP is to provide a documentary history of the worldwide Somali Diaspora, to educate the hosting community about Somali culture, and to advocate for the plight of refugees.

The Somali Documentary Project has been more successful than I ever could have imagined.  We have had shows at the Riffe Gallery in Columbus, OH, the Columbus Museum of Art in Columbus, OH, the Bates Art Museum in Lewiston, ME, the Plains Art Museum in Fargo, ND, the Wiseman Art Museum in Minneapolis, MN and the Open Society Institute in New York, NY. We have delivered essays in Mosques, Churches, and Universities in this country and around the world.  We have also published a book, and produced a video.  Hopefully, these shows and presentations have helped the Somali and mainstream communities come to understand each other, so that they could form respectful, working relationships.  The idea has never been that refugees should lose their heritage, but rather that Somalis and Americans can respect each other’s cultures and live together with common goals.

Perhaps more important than the presentations has been the help we have been able to offer people.  In 2007, we visited Malta as part of an effort to document the condition of East African refugees in Europe.  While there, we discovered that current refugees, who reach the border countries of Europe, are not granted asylum, but neither are they allowed to apply for asylum in other countries, because of the Dublin regulations.  As a result, people got stuck.  Refugees we met could not return to the country from which they fled violence, nor could they work in a country that would not grant them asylum.  After working with the American Embassy and the United Nations High Commissioner for Refugees, America granted asylum to over 200 refugees who had found themselves stuck in Malta.

Similarly, in 2007 we raised 25,000 dollars with which we were able to help furnish schools in Dadaab refugee camp in Kenya.  When the war broke out, Dadaab was designed to hold 90,000 people.  Dadaab is now home to half a million refugees, largely from Somalia.  This school that we helped furnish will at least allow young people to further their education while they wait to be resettled to a better life.

Finally, it is worth pointing out that the real heroes here are not the staff of the Somali Documentary Project but the people whose stories we tell. Stories of traveling through deserts and jungles, of getting separated from loved ones, of rescuing children from conditions more harsh than most of us can imagine.  By the time a refugee arrives in the United States, that person has demonstrated more courage, tenacity and raw intelligence than most of us will ever be called upon to exercise.  These people are true heroes and deserve the admiration of all of us.

Abdi Roble is the Founder and the Executive Director for the Somali Documentary Project, a nonprofit dedicated to archive the Somali Diaspora worldwide, educate the hosting communities and advocate for the plight of the refugees.