A Conversation with "We the People" about Immigration Policy

February 2, 2012 at 7:43 PM ET by Felicia Escobar and Doug Rand
Twitter Facebook Email
Summary:
Felicia Escobar of the Domestic Policy Council and Doug Rand of the Office of Science and Technology Policy join a conference call with Americans around the country who signed a petition on the We the People platform calling for immigration reform to allow foreign students who have earned advanced degrees to stay in the U.S. after graduation. 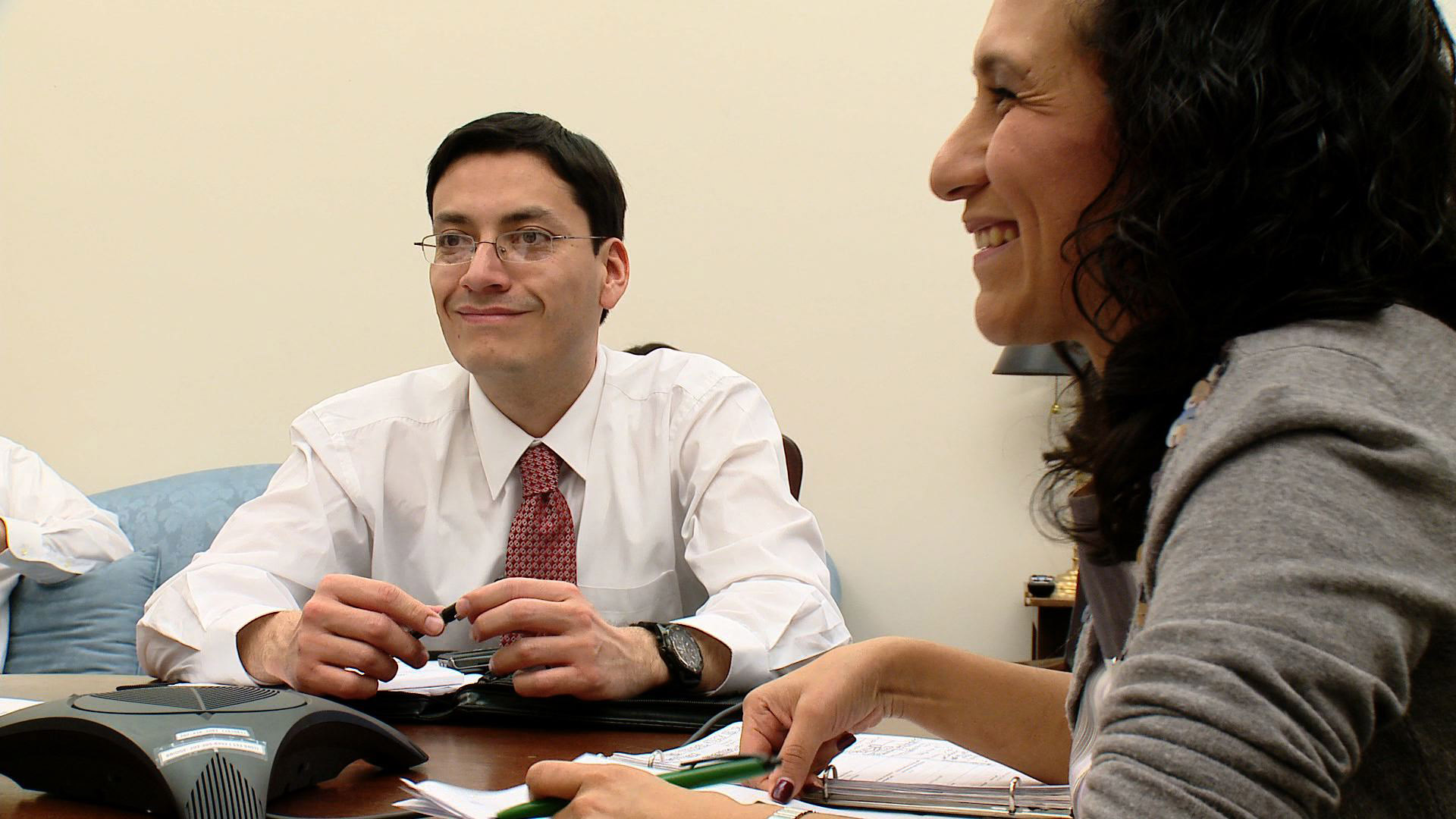 Felicia Escobar, Senior Policy Advisor in the White House Domestic Policy Council, and Luis Miranda, Director of Hispanic Media in the Communications Office, participate in a conference call with people who signed a petition on We the People.

Yesterday, we joined a conference call with individuals from across the country to discuss issues impacting foreign students studying in our colleges and universities. We were joined by our colleagues Julie Rodriguez from the Office of Public Engagement and Luis Miranda from the Office of Communications. The conference call was the next step in our response to a petition submitted through We the People on Whitehouse.gov. We the People is a new way to petition the Obama Administration to take action on a range of important issues facing our country.  We created We the People last year to help make your voices heard in our government. We know that some of the best ideas come from individuals directly impacted by federal policies.

On our call, we discussed the impact that existing immigration laws have on foreign students who have earned advanced degrees in American schools.  As President Obama said during his State of the Union address, it makes no sense to allow these talented students to come to the U.S. and “to study business and science and engineering, but as soon as they get their degree, we send them home to invent new products and create new jobs somewhere else.”  That’s why the President supports legislative measures that would attract and retain immigrants who create jobs and boost competitiveness here in the U.S. – including "stapling" green cards to the diplomas of certain foreign-born graduates in science, technology, engineering, and math (STEM) fields – as a part of his vision for building a 21st century immigration system.

We reiterated this message on our call, and also discussed what the Administration is doing—independent of Congress—to help improve existing immigration policies to attract and keep the best and the brightest in our country. During the Q&A session, callers raised many concerns regarding F-1 and other visas targeted for highly skilled immigrants.  Among these was a question regarding the possibility of extending employment authorization to certain spouses of H-1B visa holders who are awaiting the adjudication of green card applications.  We were especially pleased to inform the callers that the Department of Homeland Security had announced just the day before—as part of the One Year Anniversary of the White House Startup Initiative — that they will be addressing this very issue through regulatory reforms.

Every day, the Administration is working to make improvements in the areas where we can really make a difference.  It is invaluable to hear from people directly affected by our current immigration policies in order to get closer to the President’s vision of a 21st century immigration system that grows our economy and meets our security needs.