Michelle Obama Talks About Being a Mentor

February 2, 2012 at 10:00 AM ET by Colleen Curtis
Twitter Facebook Email
Summary:
The First Lady has started a mentoring program that pairs disadvantaged teens from DC with some of the most powerful women in the country 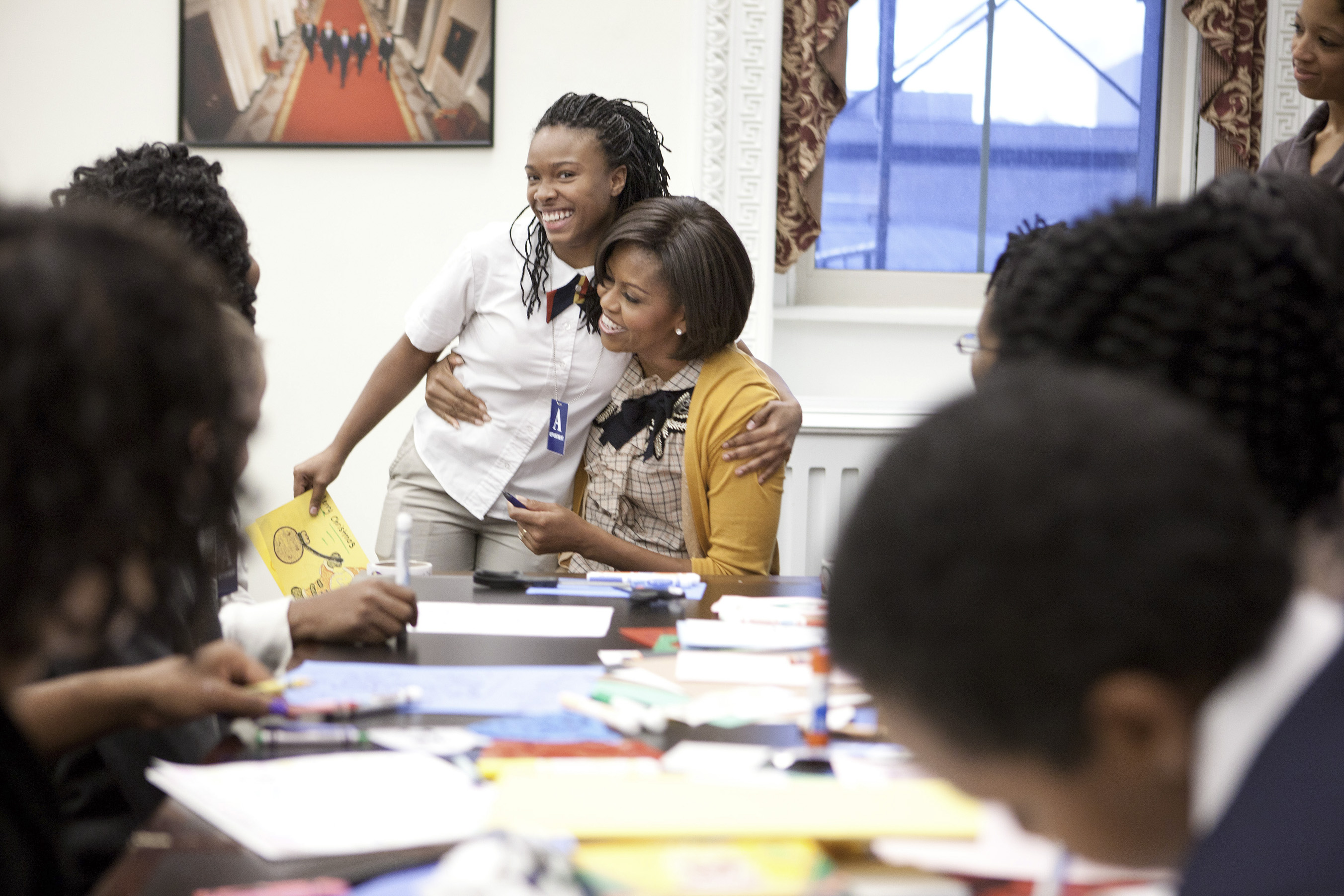 February is Black History Month, and his year's theme, "Black Women in American Culture and History," honors African American women and the many roles they’ve played in the shaping of our nation.

And in an interview with More magazine, First Lady Michelle Obama talks candidly about one of the roles that matters most to her, one that has been a part of her life since she was in high school, one that can have a crucial influence in shaping the next generation of American women and one she urges others to embrace: Mentor.

Mrs. Obama discusses the impact mentors have had in her life, and also what being a mentor has meant to her (one of the first people she mentored as a lawyer in Chicago was a fellow graduate of Harvard Law School named Barack Obama: “I made sure that he met the partners that he was working with; I had to take him out to lunch a couple of times” she tells the magazine).

And for the first time, the First Lady discusses a program she launched shortly after moving into the White House, a mentoring program she designed “to open a secret door for others that hadn’t been opened for me,” by pairing disadvantaged girls with some of the powerful women in the land. She tells the magazine:

“I wanted [the students] to experience this notion that if you can walk [through] the doors of the White House once a month and sit down with the first lady and her chief of staff and some other senior officials, and they’re talking to you and you get used to hearing your voice in the space, then it becomes not a big deal.”

And so her program pairs teenage girls with “this wonderful array of women who come from different backgrounds,” she says. “They’re senior leaders in President Obama’s administration, and they all have a story, right? They all have a set of challenges and struggles.” Those stories, Obama believes, are best told in person, over time, creating the kind of enduring bond the social media generation sorely lacks. “Even though our children are connecting in ways we never imagined,” she told a national summit on mentoring not long ago, “you’ve got an entire generation of young people truly in desperate need of a friend. Someone they can trust, an example they can follow.”