February 6, 2012 at 10:33 AM ET by Kori Schulman
Twitter Facebook Email
Summary:
Join us for a special session of White House Office Hours to celebrate the second anniversary of Let’s Move!, the First Lady’s initiative to solve the problem of childhood obesity within a generation.

Ed. Note: This session of Office Hours has concluded. Check out the full Q&A below or over on Storify

Today, we’re holding a special session of White House Office Hours to celebrate the second anniversary of Let’s Move!, the First Lady’s initiative to solve the problem of childhood obesity within a generation. At 2:30 p.m. EST, Sam Kass, Senior Policy Advisor for Healthy Food Initiatives, is answering your questions live on Twitter. 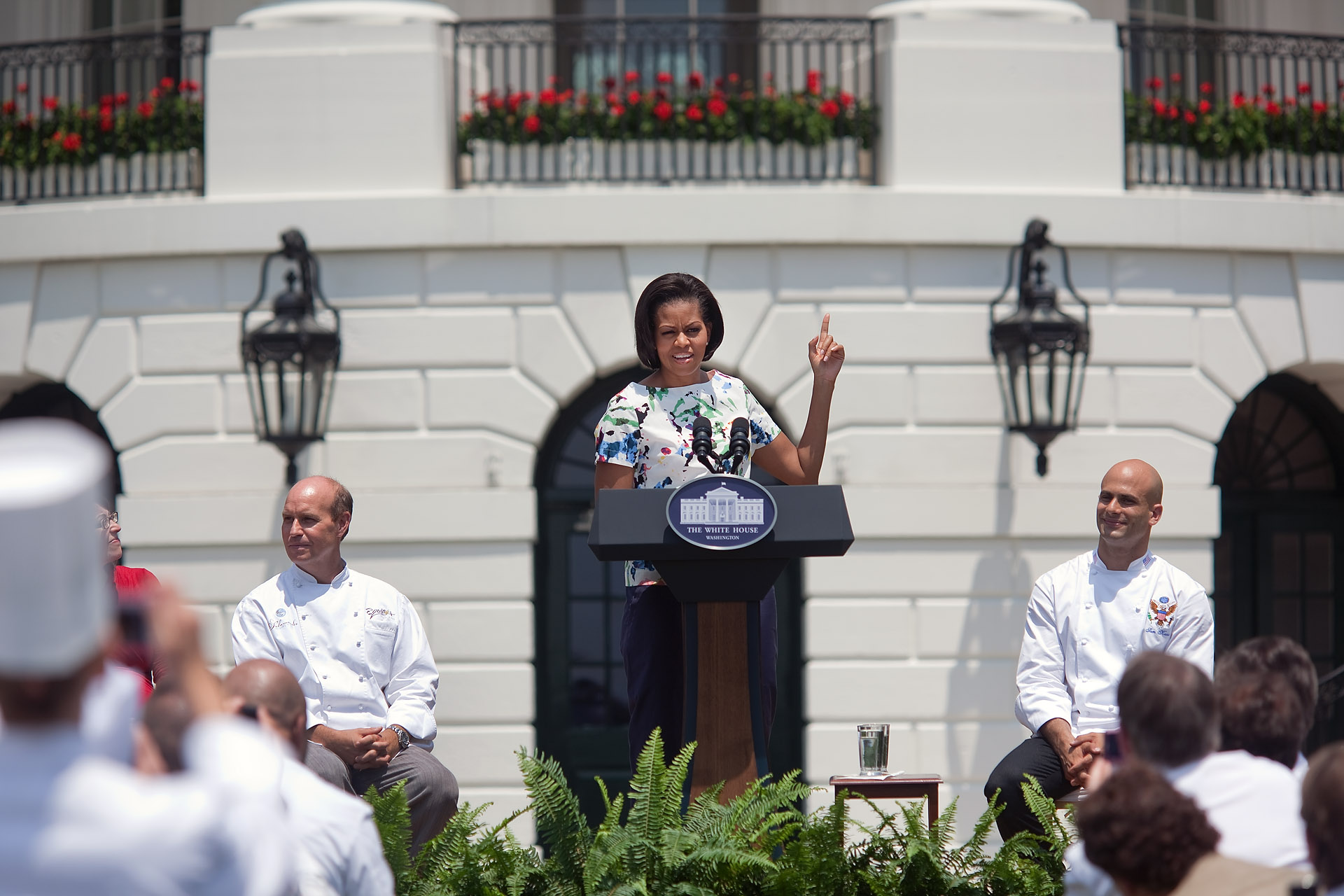 First Lady Michelle Obama, with chefs Todd Grey from Equinox, left, and Sam Kass, from the White House, gestures during a “Let’s Move!” event with hundreds of chefs from around the country on the South Lawn of the White House, June 4, 2010. The First Lady called on chefs to get involved by adopting a school and working with teachers, parents, school nutritionists and administrators to help educate kids about food and nutrition. June 4, 2010. (Official White House Photo by Lawrence Jackson)

Since launching Let’s Move! on February 9, 2010, significant progress has been made to solve the problem of childhood obesity. Parents, businesses, educators, elected officials, members of the military, chefs, physicians, athletes, childcare providers, community and faith leaders and kids themselves have made substantial commitments to improve the health of our nation’s children.

Later this week, First Lady Michelle Obama is hitting the road to kick off a three day, nation-wide tour celebrating the anniversary of Let’s Move!. The Let’s Move! tour will highlight examples of people making changes across the country, from a single family to an entire state. Learn more about the accomplishments of Let’s Move! here.