Today, President Obama hosted the second White House Science Fair celebrating the student winners of a broad range of science, technology, engineering and math (STEM) competitions from across the country. The President also announced key additional steps that the Administration and its partners are taking to prepare 100,000 effective math and science teachers and to meet the urgent need to train one million additional STEM graduates over the next decade.

Mayors from around the country wrote in to congratulate and celebrate the accomplishments of students representing their cities. 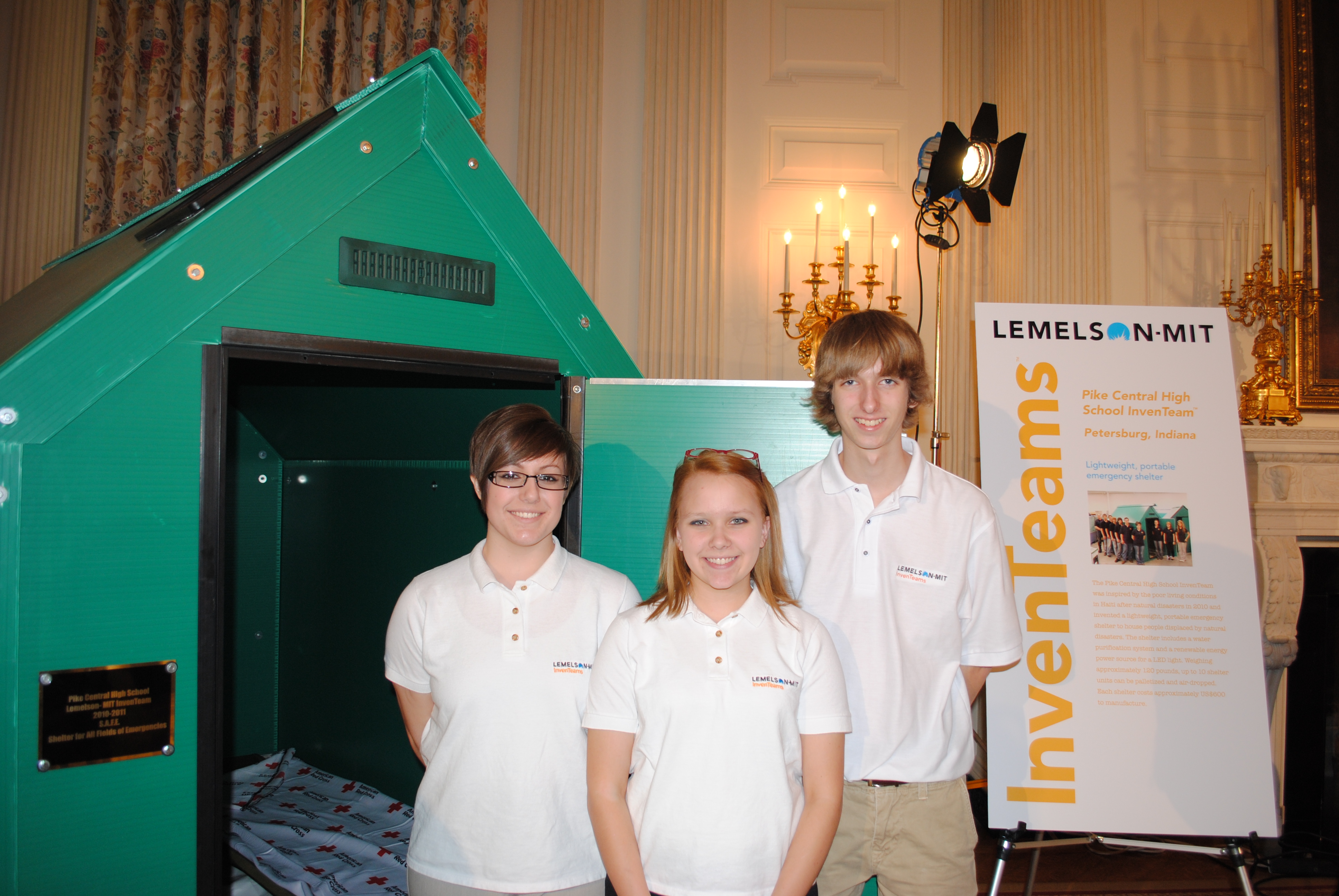 Jessica D’Esposito, Colton Newton and Anna Woolery from Petersburg, Indiana represented the Pike Central High School InvenTeam that won a grant from the Lemelson - Massachusetts Institute of Technology (MIT) Program to develop a lightweight, portable disaster relief shelter, which could be used after disasters such as hurricanes, earthquakes, floods, or tornadoes to house people who have been displaced.

Petersburg Mayor Jon Craig: “We are continually amazed by the unbelievable accomplishments of our Pike Central High School, Project Lead The Way program.  Their inventive minds are unlimited in what they can accomplish.  These young adults are our community’s best asset and the key for our whole region in reducing brain drain and promoting entrepreneurship.”

Eleven-year old Jack Dudley of Stone Hill Middle School and Sydney Dayyani of Belmont Ridge Middle School from Leesburg, Virginia were part of a team that designed a military helmet to protect soldiers from traumatic brain injuries on the battlefield due to improvised explosive devices.

Leesburg Mayor Kristen Umstattd: "We are so proud of Sydney and Jack for their commitment to the field of science and we are thrilled for them that the White House has selected them for its Science Fair. We know these students will continue to excel, not just this year, but throughout their future endeavors."

Ames Mayor Ann Campbell: “We as a community are thrilled that these Ames students – Gaby, Mackenzie and Kate – are being recognized in the highest place in the nation!”

Fourteen year old Joey Hudy from Phoenix, Arizona invented an Extreme Marshmallow Cannon and an LED Cube Microcontroller Shield, which he has exhibited at Maker Faires in New York, San Francisco, and Detroit.  He received 2 Editors Choice Awards from Maker Faire, and has started a small business selling the microcontroller (Arduino) shield kits on several websites.

Phoenix Mayor Greg Stanton: “We are honored to have Joey Hudy representing Phoenix in Washington. Investing in math and science in our schools is critical to our future economic success. Joey is a shining example of what that investment can lead to.”

Angela Zhang, a seventeen year old senior from Monta Vista High School in Cupertino, California, won the $100,000 Grand Prize in the Individual category of the Siemens Competition in Math, Science and Technology for using nanotechnology to eradicate cancer stem cells.

Cupertino Mayor Mark Santoro: “Cupertino students never cease to impress me.  Angela Zhang is humble and soft spoken, but discovering a cure for cancer does the talking for her.”

You can read about all of the White House Science Fair participants and checking out what President Obama had to say after viewing the student’s exhibits.