Telling the Story of Civil Rights in America: Fred Korematsu and The Struggle for Justice

On February 2, 2012, the Smithsonian Institution’s National Portrait Gallery welcomed two photographs of Fred Korematsu (1919-2005) into The Struggle for Justice, the historic exhibition about civil rights in America.  Korematsu’s images joined portraits of historical icons such as Rosa Parks, Martin Luther King Jr., Betty Friedan, César Chávez, Leonard Crow Dog, and Eunice Kennedy Shriver.   Their images are windows onto the journey for civil rights and justice; together, their stories invoke the powerful sentiment from Martin Luther King Jr.’s Letter from Birmingham Jail: “Injustice anywhere is a threat to justice everywhere.”  Korematsu is the first Asian American featured in the exhibition. 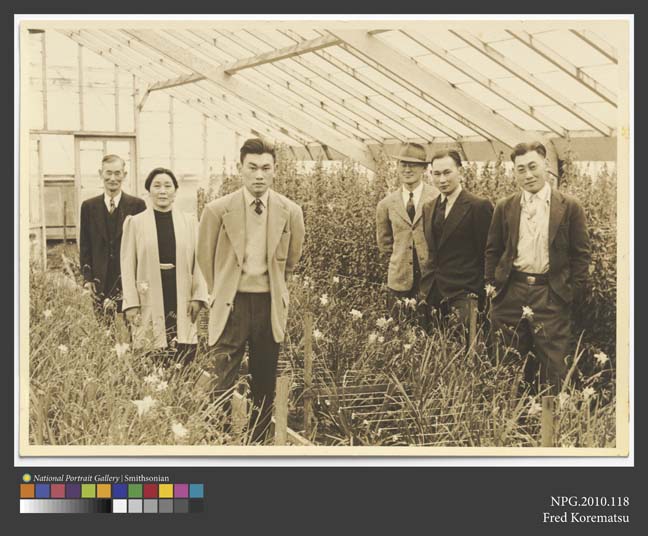 Born and raised in Oakland, California, Korematsu challenged the legality of Executive Order (EO) 9066, the action that authorized the relocation and internment of Korematsu and 120,000 people of Japanese descent, many of them Americans, during World War II.  Korematsu refused the order.  While Korematsu argued that the order violated his freedoms guaranteed to him as a U.S. citizen by the U.S. Constitution, he was convicted.  His appeals went to the U.S. Supreme Court, which ruled in a split decision that the internment was a military necessity.  Korematsu maintained that the basis of his conviction was a clear case of injustice.  After their release following the end of World War II, the internment of Japanese Americans remained an unresolved issue for America.

Japanese Americans, researchers, legal experts, a Presidential Commission, and others, continued to review the circumstances and actions behind the internment.  Archival and legal research revealed that documents disputing the justification for the internment were suppressed.  Korematsu’s case was reopened and on November 10, 1983, his conviction was overturned.  The message was powerful, especially for those who were interned: Americans of Japanese descent had done nothing wrong by virtue of their heritage; they were, first and foremost, Americans.  In 1988, Japanese Americans impacted by EO 9066 received redress and reparations from the U.S. government.

Fred Korematsu is a symbol for civil rights and justice.  His opposition to EO 9066 on legal and moral grounds joins the other voices in The Struggle for Justice who were similarly committed to a concept of American democracy that lives up to its ideals.  On every January 30, the state of California celebrates Fred Korematsu Day of Civil Liberties and the Constitution.

It will be seventy years since the signing of EO 9066.  Korematsu’s inclusion in The Struggle for Justice offers a timely intersection between the White House Initiative on Asian Americans and Pacific Islanders (WHIAAPI) and the Smithsonian Institution.  The WHIAAPI was established by an EO that, at its roots, is directed towards ensuring that Americans of Asian, Pacific Islander and Native Hawaiian descent enjoy equal opportunities and thus, the chance to make an impact on U.S. history and society.  As our nation’s museum and research complex, the Smithsonian connects Americans with their rich heritage and history.

Dr. Konrad Ng serves as Director of the Smithsonian Asian Pacific American Program and is a member of the WHIAAPI Interagency Working Group.