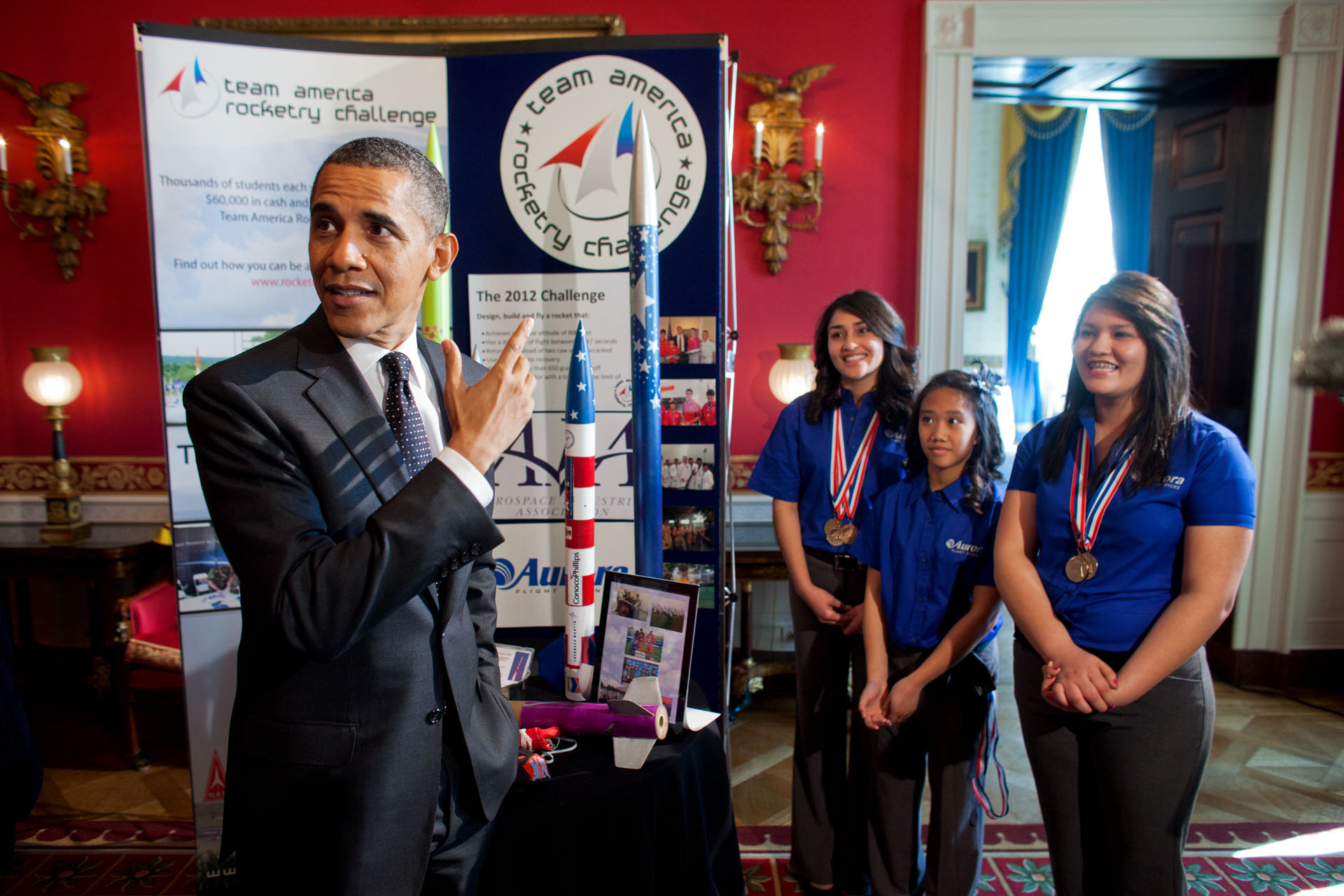 Driving around Texas, where I moved to study chemistry in graduate school, there was a bumper sticker I’d often see slapped onto the trucks of transplants like myself: “I wasn’t born in Texas, but I got here as fast as I could.” I was reminded of this aspirational slogan Tuesday at the White House Science Fair, where student teams from two towns in Texas were invited for the hard work and creativity they’ve applied to scientific and engineering problems—talents that will help them speed to whatever life and career they dream for themselves as fast as they can.

The President strongly believes that reforms at the state and district level will be critical to our success in improving STEM education and providing for excellent STEM teaching, such as creating alternative pathways for STEM professionals to enter the classroom and expanding opportunities for “hands-on” science, technology, engineering, and math (STEM)  learning for children, especially those from underrepresented groups.

Janet Nieto, Ana Karen Nieto, and Gwynelle Condino represented the Presidio High School Rocketry Team at the White House Science Fair. The girls, like all students who compete in the Team America Rocketry Challenge, learn engineering design principles by drafting, building, testing, refining, and resting model rockets that can precisely meet flight specifications.  Students strengthen their skills in English, as well as science and math, by writing research proposals. Presidio, Texas, a border town of less than 5,000, supports their students, 100 percent of whom are eligible for free lunch, by patronizing bake sales, potluck fundraisers, and a yearly goat raffle to help the team pay for their supplies and competition travel costs.

Jocelyn Hernandez, Ricardo Rodriguez, Nathaly Salazar, and Carlos Zapata presented their research into how pharmaceuticals might percolate into their local aquifer to affect living things. Their project, called “Dr. Med,” not only studies how groundwater is altered when people flush medicine down the toilet, but also how water contaminated with medicine can stunt the growth of plants. The team, who attends the NEISD STEM Academy in San Antonio, Texas, was motivated by their findings to create a tamper-proof disposal container, repurposed from a laundry detergent jug. They say waste collection using the containers might prevent more pills from going down the drain and help preserve environmental health.

These two Texas teams epitomize the President’s call for “hands-on” learning to help up America’s game in STEM education.