February 8, 2012 at 12:45 PM ET by Colleen Curtis
Twitter Facebook Email
Summary:
First Lady Michelle Obama is going on the road to celebrate the second anniversary of the initiative. She will meet with some of the many Americans who have embraced the principles of Let's Move! and are making a difference in the lives of our children. 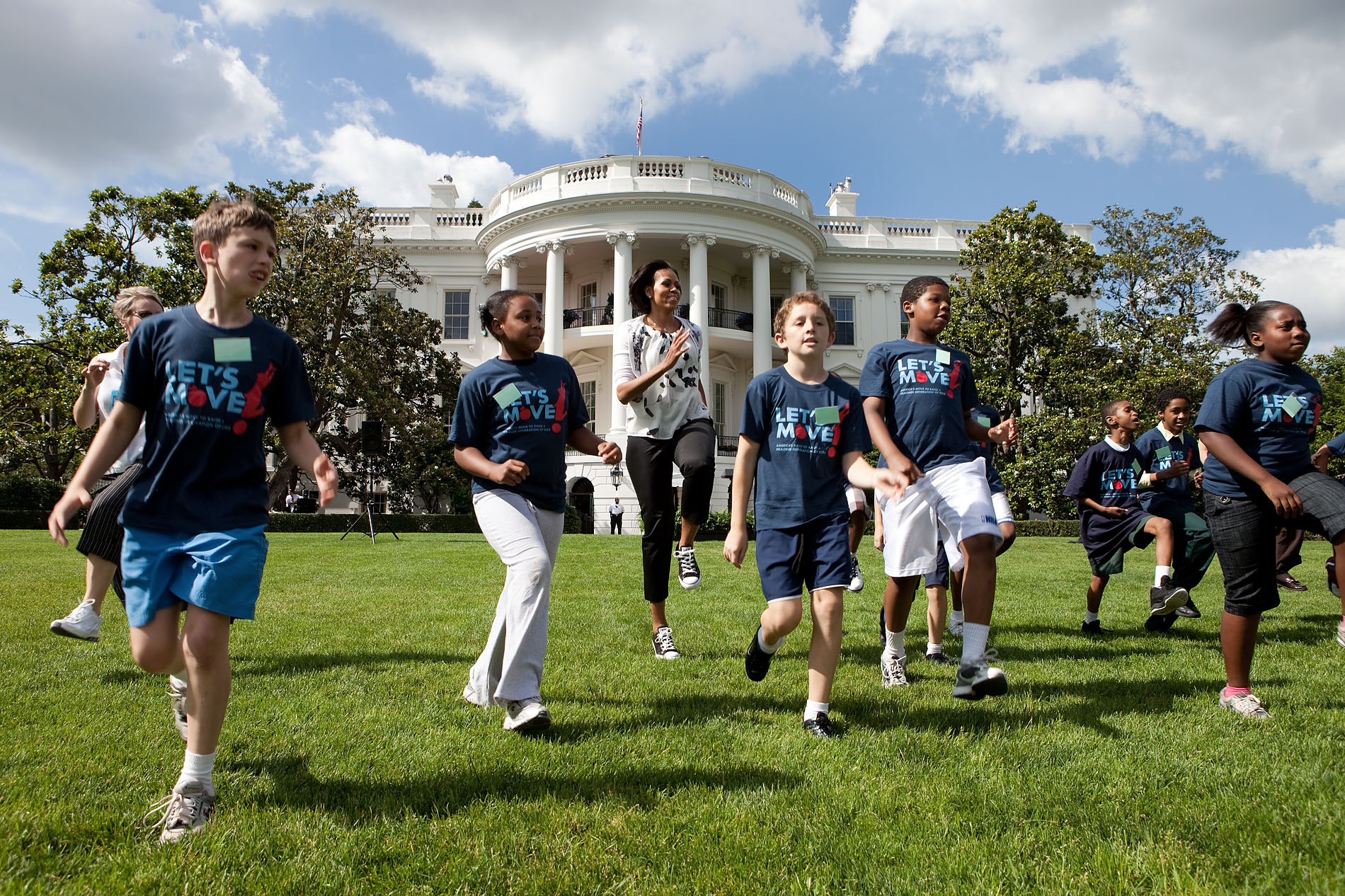 Let’s Move! was launched on February 9, 2010, and in the past two years, significant progress has been made to solve the problem of childhood obesity. Parents, businesses, educators, elected officials, members of the military, chefs, physicians, athletes, childcare providers, community and faith leaders and kids themselves have made substantial commitments to improve the health of our nation’s children. Through working together with Let’s Move!,  these groups have provided children with healthier food and greater opportunities for physical activity in schools and communities, helped get families the information they need to make healthier decisions, supported a healthy start in early childhood, and have worked to ensure more people have access to healthy, affordable food.

Tomorrow, First Lady Michelle Obama is starting a tour to celebrate the second anniversary of the initiative. On her trip she will meet with some of the many teachers, elected officials, faith and community leaders, parents and children who have embraced the principles of Let's Move! and are making a difference in the lives of our children.

Just some of the many Let’s Move! accomplishments of the past two years that will be celebrated on the road include:

Part of the success of Let's Move! is the focus on making fitness and healthy choices fun for kids. And what's more fun than dancing?