Everything You Need to Know: Waivers, Flexibility, and Reforming No Child Left Behind

February 9, 2012 at 6:21 PM ET by Megan Slack
Twitter Facebook Email
Summary:
We’ve put together a quick primer to help you understand the details behind President Obama's announcement that 10 states will recieve waivers exempting them from meeting No Child Left Behind's most troublesome and restrictive requirements in exchange for setting their own higher, more honest standards for student success. 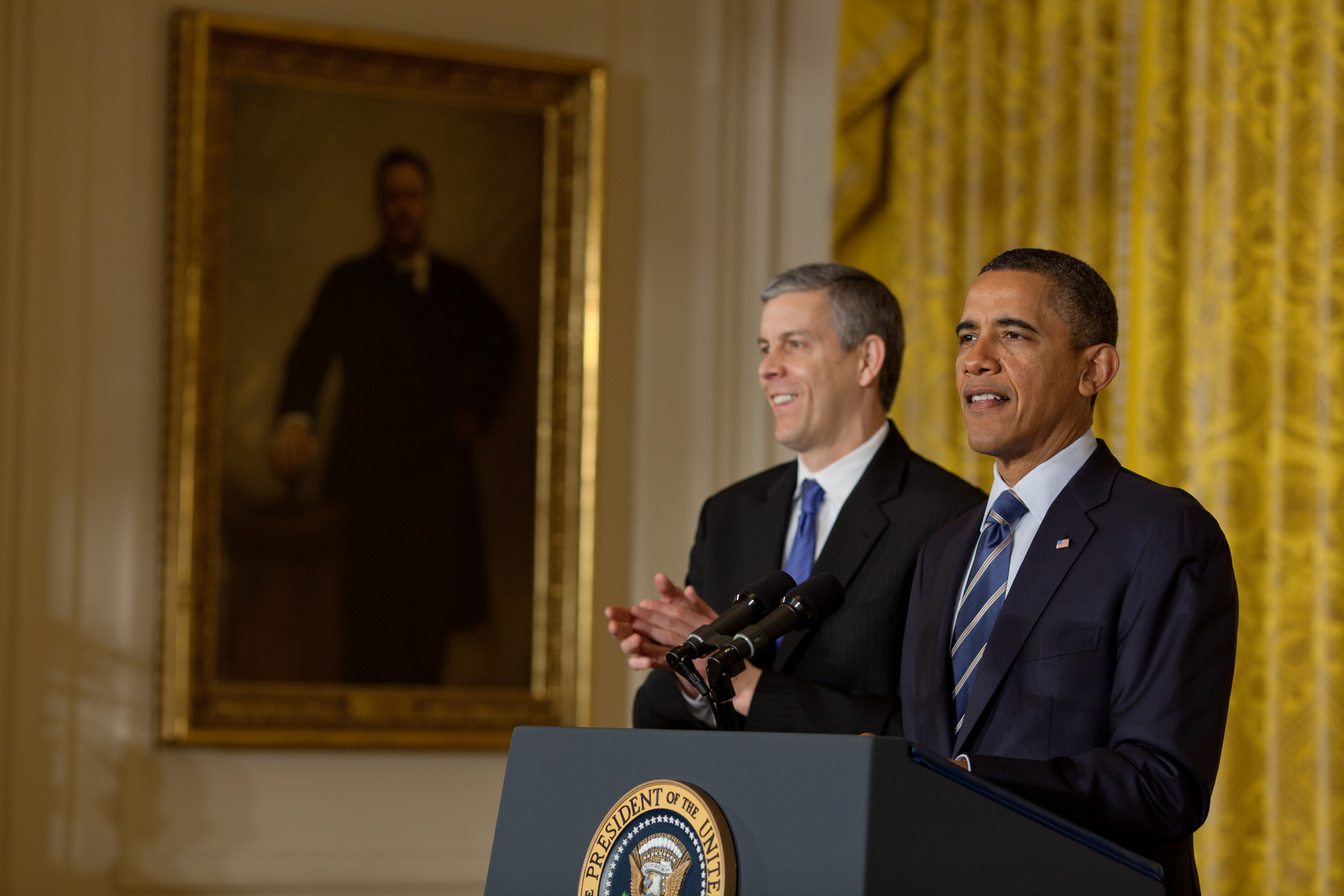 President Barack Obama, with Secretary of Education Arne Duncan, delivers remarks on education reform and the Elementary and Secondary Education Act (ESEA), also known as No Child Left Behind, in the East Room of the White House, Feb. 9, 2012. (Official White House Photo by Pete Souza)

Explaining that our kids can’t wait any long for Congress to act, President Barack Obama announced today that ten states that have agreed to implement bold education reforms will receive waivers from the burdensome mandates of the federal education law known as No Child Left Behind.  These waivers will give states the flexibility needed to raise student achievement standards, improve school accountability, and increase teacher effectiveness. The ten states approved for flexibility are Colorado, Florida, Georgia, Indiana, Kentucky, Massachusetts, Minnesota, New Jersey, Oklahoma, and Tennessee. (UPDATE: An eleventh state, New Mexico, was also approved for a waiver shortly after the initial announcement).

So what does all this mean for our schools? What’s the problem with No Child Left Behind? What’s a waiver anyway, and why do states need flexibility? To answer these questions, we’ve put together a quick primer to help you understand the details behind today’s announcement.

What’s the deal with No Child Left Behind?

No Child Left Behind, the most current version of the Elementary and Secondary Education Act, was signed into law in 2001—and is five years overdue to be re-written by Congress. The law’s objective was admirable. It shined light on achievement gaps and increased accountability at the school level for high-need students. And there’s no question that setting goals and holding schools accountable for meeting them is central to an education system that prepares students to compete in a global, 21st century economy.

As written, however, No Child Left Behind has serious flaws. In fact, some of the law’s requirements are actually stifling the kind of reforms we need to really improve student achievement, teacher effectiveness, and school accountability. For example, it determines whether schools are falling behind based on test scores. It imposes punitive labels and prescribes one-size-fits-all federal mandates for fixing failing schools.  It’s led states to narrow curriculum to focus more on teaching to the test and less on teaching everything else student need to know, and to lower standards to make them easier to meet

The Obama administration has worked extensively with Congress to re-write the law, and even submitted its own blueprint for education reform in March 2010, but legislators have not moved forward.

What are waivers and what do they have to do with No Child Left Behind?

Waivers provide an opportunity to fix what’s wrong with No Child Left Behind without waiting any longer for Congress to Act. States receiving waivers are given flexibility that exempts them from meeting the law’s most troublesome and restrictive requirements in exchange for setting their own higher, more honest standards for student success.

For example, waivers will give states the flexibility to:

Why do states need flexibility?

States need the flexibility to move forward with innovative education reforms they design themselves  —rather than a federal mandate—without sacrificing high standards or lowering accountability. After all, what works for Kentucky doesn’t necessarily work for New Jersey, and the parents and educators who live and work in each place are best-positioned to know the needs of their own communities.

There is still no clear bipartisan path in Congress for ESEA reauthorization – and we can’t wait any longer.  Schools and districts continue their daily work of educating students, while also planning for next school year, and states need this flexibility now to implement plans for reform and improvement.  Today’s announcement continues a process the President announced last September.

The fact is, most states are already pursuing reforms that go above and beyond the requirements in No Child Left Behind, and waivers will help them continue that progress. More than 40 states have adopted common standards that define what it means to be college and career ready, just as many have designed assessments to measure student progress toward achieving those standards. States have reformed teacher and principal evaluations to better determine which ones are effective and which ones aren’t, and developed support systems to help the less effective ones improve.

How did these states qualify for waivers?

President Obama offered every state a deal: If you’re willing to set higher, more honest standards based on a clear goal that every student can graduate ready for college or a career, we’ll give you the flexibility to meet those standards.

In addition to setting new performance targets for student achievement, states had to prove that they were serious by developing a plan addressing three critical areas:

Just as the administration worked extensively with Congress to try re-write No Child Left Behind before announcing last September that it would offer states flexibility waivers, President Obama will continue to call on Congress to reform the law while offering states that are willing to set higher standards for their students the chance to do so.

In fact, in addition to the 10 states that requested the flexibility to implement reforms through this initial round of waivers, an 11th application is still being revised and reviewed, and 28 other states along with Puerto Rico and the District of Columbia have also expressed interest in receiving waivers.

As President Obama explained this afternoon, “if we’re serious about helping our children reach their potential, the best ideas aren’t going to come from Washington alone. Our job is to harness those ideas, and to hold states and schools accountable for making them work.”

Update: On May 29, 2012 the U.S. Department of Education granted waivers to an additional eight states:  Connecticut, Delaware, Louisiana, Maryland, New York, North Carolina, Ohio, and Rhode Island, which brings the total number of states to receive waivers to 19, with an additional 18 applications still under review.